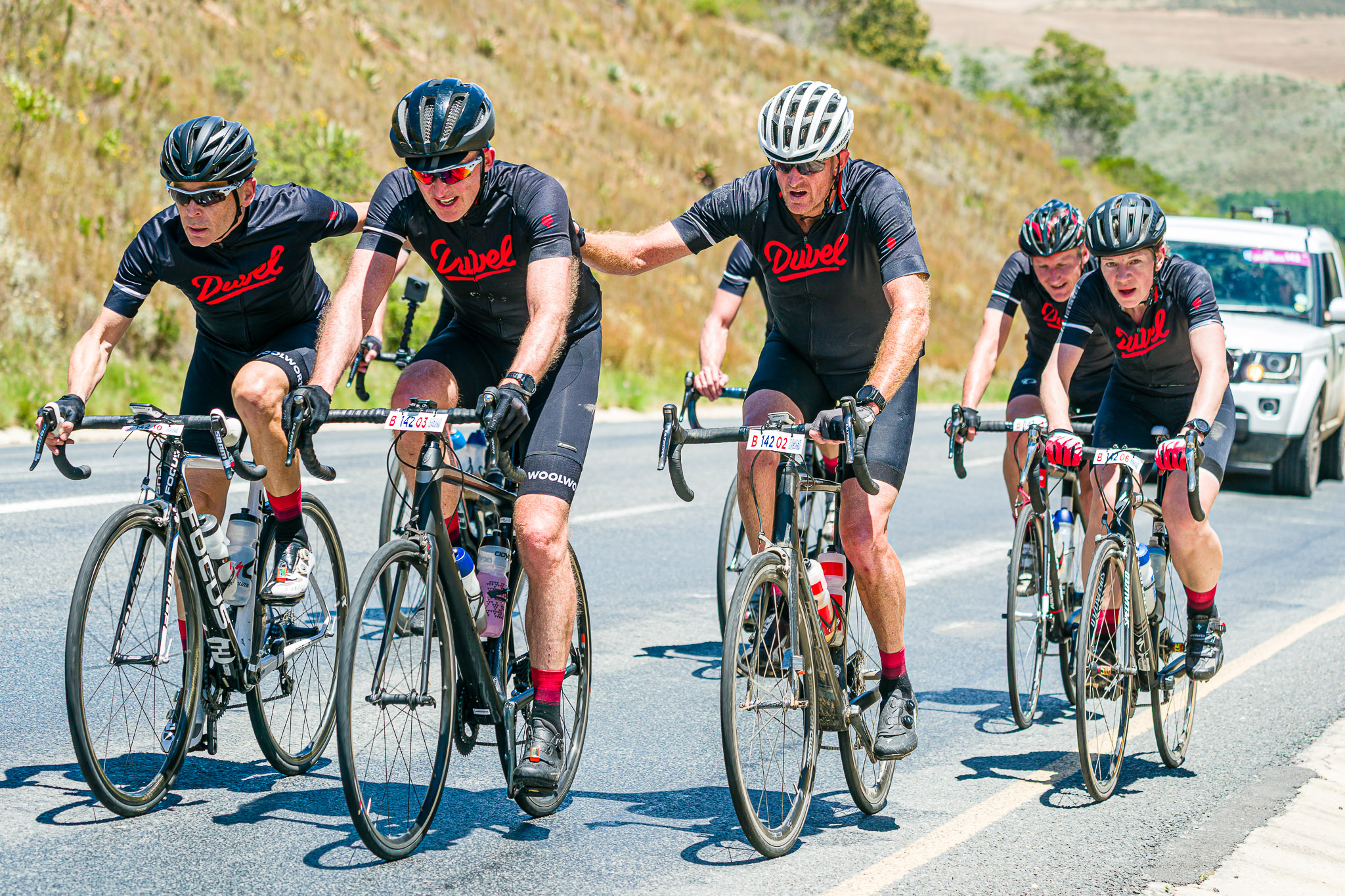 Anyone can start strongly on an endurance ride; but finishing strongly on something like the Old Mutual Wealth Double Century takes some skill, and some clever thinking. Here’s how to avoid fizzling out – or even bonking.

We’ve all been there, feeling chainless and amazing for the first 60km of a 100km-plus ride. Then suddenly, seemingly out of nowhere, we feel… less amazing. We wonder why we started this stupid ride to begin with; and more importantly, how we’re going to make it another 40-odd km – or more! As we watch our so-called friends roll off into the distance, our speed fades, along with our energy – and maybe our will to go on.

Well, guess what? It may feel like the Piano Man fell from the sky and sat on your shoulders out of the clear blue, but that’s actually not the case. Coming undone in the middle of a long ride is your body’s response to what you did – or didn’t do – during the first part of the ride. Read on to learn how to stay strong from beginning to end:

1. Save your strength for the second half.

Starting out too fast in the beginning when you feel fresh can leave you clawing your way home at the end. When you hit it hard right out of the gate, you ‘burn too many matches’ and finishing becomes challenging. That is, you tap into your fast-twitch muscle fibres, which are the powerful ones that eat up your limited glycogen stores and aren’t built for endurance. They don’t recover very quickly, and won’t be there for you at the end of the ride if you keep burning them up early on.

2. Practise pacing on your long rides

Long rides (for most of us, that’s anything beyond 100km!) are about endurance. Ideally, you want to maintain a pace that corresponds to about 70% of your max heart rate. Wearing a heart-rate monitor helps here. That way, you know your aerobic heart-rate range, and you can stop yourself during big days when you see it spiking or creeping up too often, too early.

But it’s easy to know when you’re going too hard, even without a heart-rate strap: one sure sign is that your breathing becomes too laboured for you to speak in complete sentences. Over time, you’ll know how many matches you can burn over the course of a long ride before frying yourself before the end.

But in general, keep your heart rate in check for the first half of your long outing, no matter how awesome you feel. You can let rip a little once you can smell the stables.

3. Start nibbling after the first hour.

Depending on how many kays lie ahead, you could be looking at a whole day in the saddle. To avoid getting vapory by running too low on fuel, or getting gut rot by shoving down too many ride snacks at once – or worse, bonking – start nibbling within the first hour and continue every 30 minutes or so. For off-road endurance rides, and super-long ones like the DC, I start refuelling within the first 15 to 20 minutes.

You don’t need (nor should you try) to replace every kilojoule you burn. Instead, aim to keep your fuel stores topped up, by finishing around 650 to 750kJ an hour.

Ever watch a rider take a flyer off the front of a bike race? How often do they beat the pack to the finish line? Very rarely. It just takes too much energy to be out there with your nose in the wind all day long. You can go faster (and conserve up to 40% of your energy) by sticking with a bunch and working at the front of the pace line only when it’s your turn. By using your fellow riders to conserve energy, you’ll have more in the tank for the end.

Stopping too long during bathroom breaks or food stops is a recipe for leaden legs, as your blood pools and your muscles cool down. You’ll feel better over the course of the ride if you keep it moving.

Hydration is power. Once you get dehydrated, your blood thickens and everything becomes harder. Aim at finishing a bottle every hour. As with fuelling, it’s easy to let your hydration slide until you’re in a hole. Sip a few millilitres every 15 minutes, and aim to drain a bottle an hour under temperate conditions – more, if it’s hot.

“It also helps to start the ride hydrated,” says two-time Olympic coach Gale Bernhardt, co-author of Become a Fat-Burning Machine. “I recommend getting down a bottle of low-sugar electrolyte drink 15 minutes before beginning the ride.”