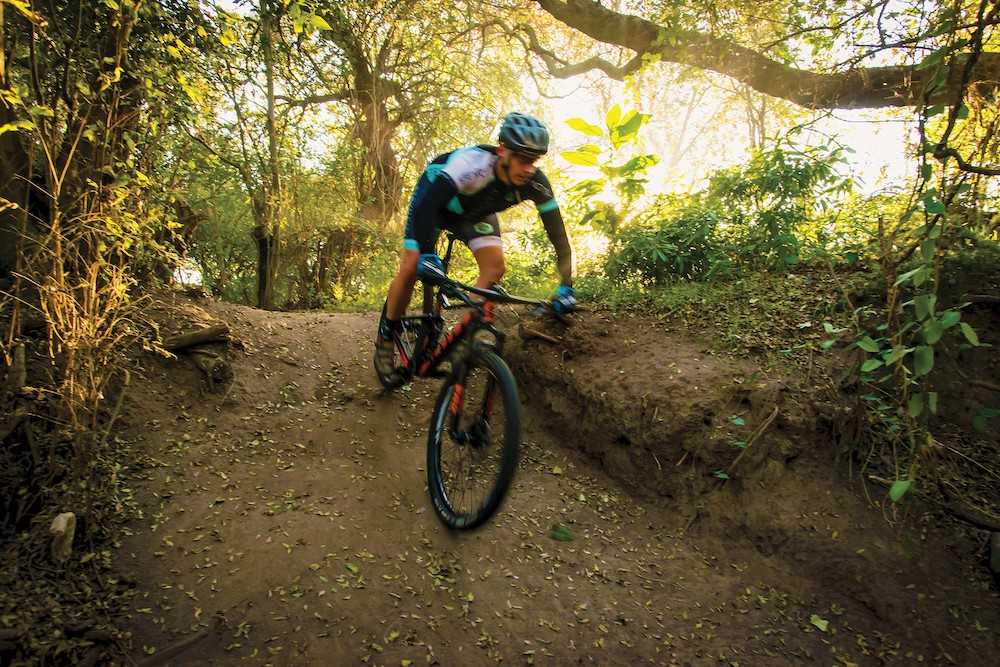 When you think of your ultimate cycling lifestyle, it probably doesn’t involve apartment living, does it? That’s why Steyn City’s City Centre is a revelation: it’s the only apartment development in South Africa where you can walk out of your house and onto a 50km cycling track.

Steyn City’s 50km MTB track and 45km promenade are just some of the amenities that have been created in an endeavour to make this the ultimate address for people who enjoy an active lifestyle – cyclists included. The security measures in place at this award-winning development (Steyn City has been listed as one of the top-10 lifestyle estates in the world by wealth intelligence company New World Wealth, and is also ranked top residential estate in Gauteng) mean that cyclists enjoy complete peace of mind on the track – plus, there’s no need to hassle with a bike rack.

Other activities – which can be enjoyed by all living at the City Centre – include golf, horse riding at the Equestrian Centre (with its own clubhouse), swimming in the indoor aquatic centre, resort pools or the City Centre’s own rooftop pool, outdoor gym stations, tennis, fishing and running along the 45km floodlit promenade. The cherry on top? The lagoon, a 300m water facility where you can try your hand at SUP boarding and kayaking, or enjoy family time with water slides and pedalos. End the day with an icy gelato from the beach-style kiosk.

Then there’s the City Centre itself. Developers Steyn City Properties worked hard to put people at the centre of every aspect, so that every home – whether one-, two-, three-, four-bedroomed or penthouse suite – is larger than the norm; large enough, in fact, for bedrooms to accommodate a king-size bed. Adding to this, touches such as high ceilings, air conditioning and double-glazed windows ensure that these homes are not mere stopovers on the way to a larger house – they are intended to be enjoyed by families for a lifetime. That said, they’re just as much of a haven for busy executives who need a place to stay during their Johannesburg meetings – and the location, halfway between Johannesburg and Midrand, and close to nearby Lanseria International Airport, is perfect for this purpose.

The 2 000-acre parkland setting is a key part of the City Centre lifestyle, giving residents access to an almost endless wonderland to explore and connect with nature.

But the developers’ commitment to putting people first doesn’t end with world-class facilities. The entire City Centre is a pedestrianised zone (cars may be parked in the spacious 2 000 car super-basement), so that residents can walk around freely.

The design of the development also speaks to the human scale. Rather than constructing one intimidating block of apartments, the developers created mini-villages, each clustered around a piazza that upholds Steyn City’s commitment to greening the environment. Shady, treed squares will beckon invitingly for people to meet and mingle, when residents take occupation in August 2022 – but for now, the perfect spot is the new Seattle Coffee Company located on the north piazza, where cyclists come to enjoy a cup of coffee after a ride.

The final nod to convenience: with both offices and a school on site (located at Capital Park and Steyn City School respectively), there’s no need to commute – and less time in the car means more time to enjoy in the saddle. And for those who really take time-saving seriously, there’s the Ultimate Helistop – the quickest way to get to meetings and weekend getaways, without the stress of traffic jams and pitstops.