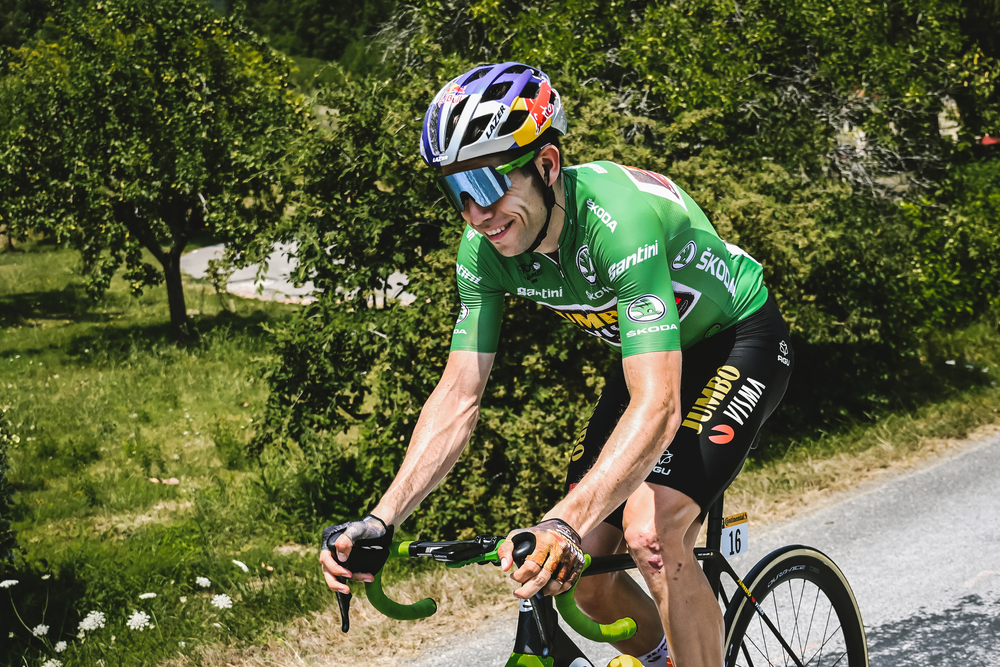 The second of this year’s three Pyrenean stages, Stage 17 crams four categorised climbs (including a summit finish in Peyragudes) into only 129.7km, making it maybe the toughest–and certainly the most intense–of the three.

The day begins in Saint-Gaudens, a semi-regular stop when the Tour visits the Pyrenees. The riders will head west on valley roads, gradually grinding their way uphill and through the Intermediate Sprint in La Barthe-de-Neste. The first hour should be fast and aggressive as teams still looking for a stage win try and place a rider or two in the breakaway and teams with GC contenders attempt to put a support rider up the road to help their captains later in the stage (a tactic we saw work well on Stage 16).

The climbing begins with 76.1km to-go with the Category 1 Col d’Aspin (12km @ 6.5%), one of the more famous climbs in the Pyrenees and an ascent the riders know well (it’s included in just about every Tour). Long but fairly gradual, the Aspin’s most intense fight should be reserved for the riders chasing the King of the Mountains points available at the top, as Germany’s Simon Geschke (Cofidis) seeks to extend his 19-point lead. A short descent brings the riders to the base of the next climb, the Category 2 Hourquette d’Ancizan (8.2km @ 5.1%), the easiest of the day’s four summits.

If there’s a chance for the riders to catch their breath or grab a bottle or snack, it’s now, as there’s 16km from the top of the Hourquette d’Ancizan to the base of the next climb, including about 5km on a valley road that’s the perfect place for team cars to come up and service their riders before the final two ascents.

With 32km left to race, the riders turn left into Saint-Lary-Soulan, which marks the official start to the day’s penultimate climb, the Category 1 Col de Val Louron-Azet (10.7km @ 6.8%). The stats on this climb are deceiving, as the first two kilometres are pretty gentle. Arriving with less than 30km left in the stage, it’s the perfect place for a rider like Slovenia’s Tadej Pogačar (UAE Team Emirates) to launch a not-quite-so-long-range attack to try and dislodge Denmark’s Jonas Vingegaard (Jumbo-Visma) from the top of the Tour’s General Classification.

The riders crest the summit of the Val Louron-Azet with just a 10km descent separating them from the foot of the day’s final climb, the Category 1 ascent to Peyragudes (8km @ 7.8%). By now the race should be in full swing, with the descent leading into possibly proving to be as decisive as the climb itself.

Like the Col de Val Louron-Azet, the climb begins gently, but then settles into a fairly consistent gradient of about 8% for the next five kilometres. Then the steeper pitches arrive: the first averages 9% with about 3km to-go and the second hits 16% inside the final kilometre, as the riders climb onto the airstrip that sits atop the mountain, where the finish line awaits. Weather-wise, the day should be cooler, with temperatures hovering around 80 degrees and partly cloudy skies. Given the last few days, it might feel downright cold.

The Tour last finished in Peyragudes in 2017. France’s Romain Bardet (now riding for Team DSM) won the stage for Ag2r-La Mondiale, and Great Britain’s Chris Froome (then riding for Team Sky) lost the yellow jersey to Italy’s Fabio Aru (then riding for Astana and now since retired). Froome took the jersey back a few days later, but the stage finish was one of the most exciting of the Tour. We expect no different this year.

It’s tempting to predict Stage 17 to play out in a fashion similar to Stage 16, with a large group of riders escaping to build a large lead and settling the stage win among themselves. But Stage 17 is about 50km shorter than Stage 16–which means less room for large gaps to form–and the GC contenders’ teams will want to keep any support riders who go up the road close enough to be able to lend a hand in the finale. That’s a roundabout way of saying that we think one of the GC contenders will win the stage in a manner similar to how Vingegaard took Stage 11 on the Col du Granon. Much to everyone else’s dismay, the steep finish is perfect for Vingegaard and Pogačar.

With Pogačar seemingly averse to waiting until the final climb to try and crack Vingegaard, we’re planning to tune-in as the riders start the Col de Val Louron-Azet, the first of the day’s two final climbs. That means we’ll be sitting down at around 16h00 and watching the final hour of the stage. Note that the stage is expected to end a little earlier than usual: at about 17h00.