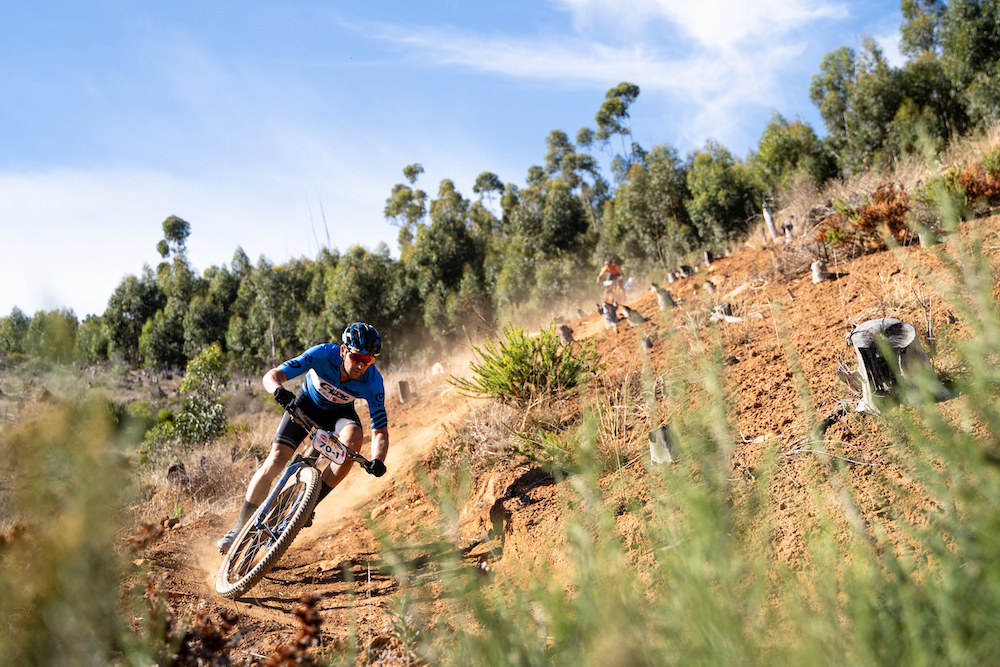 The Absa Cape Epic tops the must-shoot list for the photo fellas, with athletes and light-bro and wild terrain at every turn.

The 2022 Absa Cape Epic was one for the ages, with a brutal route conspiring with hot, headwindy weather to produce drama throughout the 600-team field. The event lost one of its  Last Lions along the way – only John Gale, Hannele Steyn and Mike Nixon have now finished all 18 editions – but gained a pair of underdog heroes in its winners: Team Speed Company Racing finished a surprise second in the Prologue to defending champ Matt Beers and his new Specialized team mate, short-track world champion Christopher Blevins. And talked up their goal of winning the event outright.

With a support team of one – Baum’s dad – 27-year-old Georg Egger and Lukas Baum came into the event unheralded, but with an XCO pedigree that would ensure their promise of taking the racing to the established factory teams would ultimately be fulfilled with a dramatic come-from-behind win on the final day into Val de Vie, where they overturned a two-minute-45-second deficit to snatch the title from Canyon Northwave MTB’s Andreas Seewald and Martin Stošek, riding six minutes into them in the final 68km.

The heroes of the event, though, are the ridiculously hard-working photographers. Here’s a small selection of the work of Gary Perkin, Dom Barnardt,  Sam Clark, Simon Pocock and Nick Muzik.