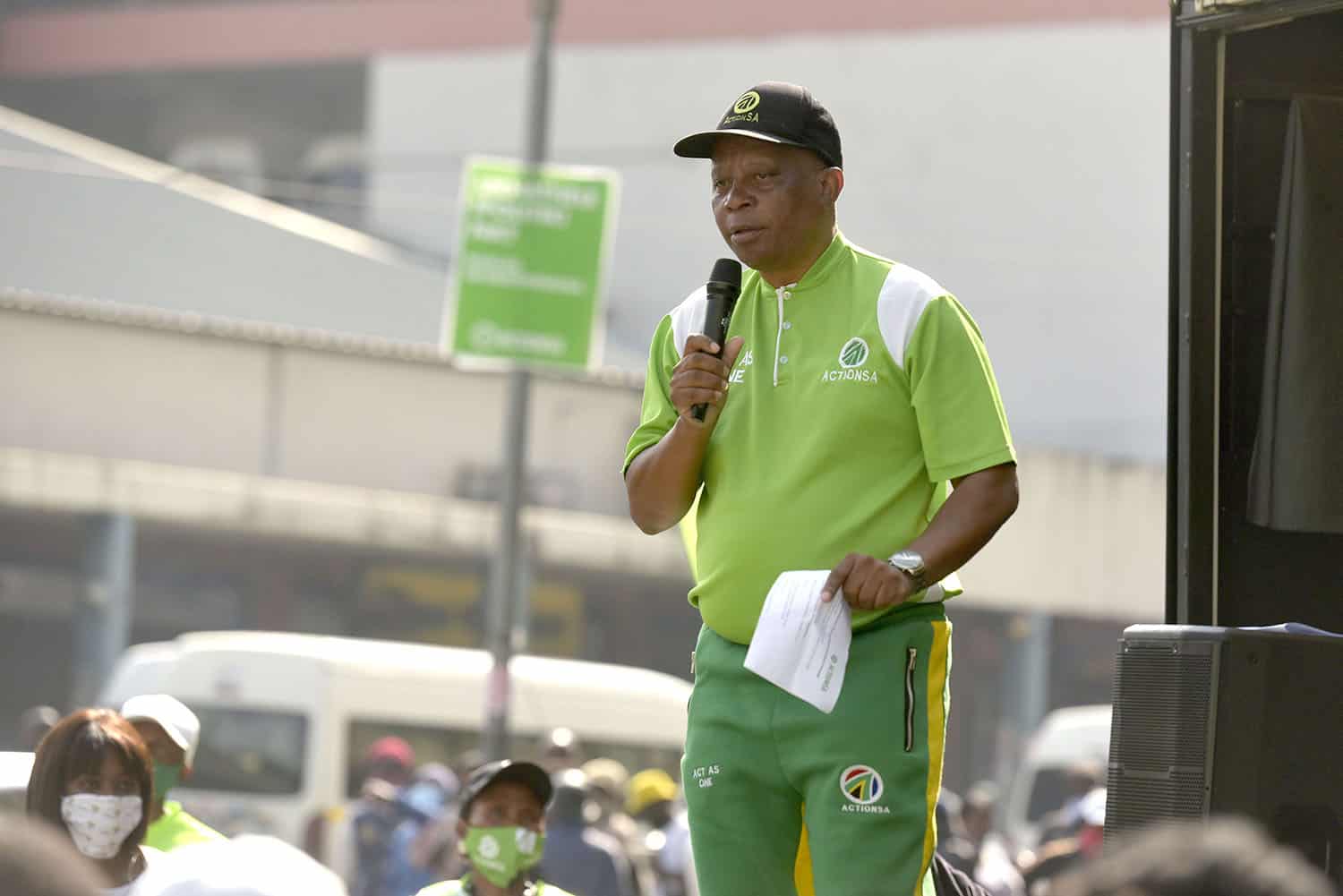 ActionSA wants to replace the DA as the party’s official opposition after the 2024 provincial and national elections.

The party’s interim senate, its highest decision making body, held a planning session over the weekend.

In an ambitious plan ahead of 2024, ActionSA has vowed to emerge as the second biggest party and in a position to lead a multi-party alternative to the governing party, the ANC.

“Importantly, what emerged is that 2022 must be the year of growth and momentum. The demonstration of this growth and momentum must arise from the continued effort to attract high-profile South Africans with demonstrable grass-roots activism, leadership track record, and an unwavering commitment to rebuilding South Africa as well as our strategic contestation of by-elections, many of whom are lining-up to join our organisation,” party leader Herman Mashaba said in a statement.

ActionSA was founded by Mashaba, a former Joburg mayor, in 2020 and is yet to hold an elective conference.

Future plans for the party include the establishment of a political academy to ensure that everyone joining ActionSA knows about its values and policies. Furthermore, a governance unit would be started and ran by Nasiphi Moya to offer councillors and MMC support, training, including performance management.

“Our structures must be urgently capacitated in the nine provinces with all provincial chairpersons and structures tasked with establishing wall-to-wall branches. Furthermore, the national leadership of the party will embark on a national tour over the next few months.”

Multi-party coalitions in Gauteng metros recently accused ActionSA of doing everything it can to rope in the EFF in governments in councils, despite a standing agreement to exclude the ANC and the red berets.

The party said the DA-led coalitions, such as the one formed at the Ekurhuleni metro, were not in a good position to fend off the ANC, and needed the support of the EFF.