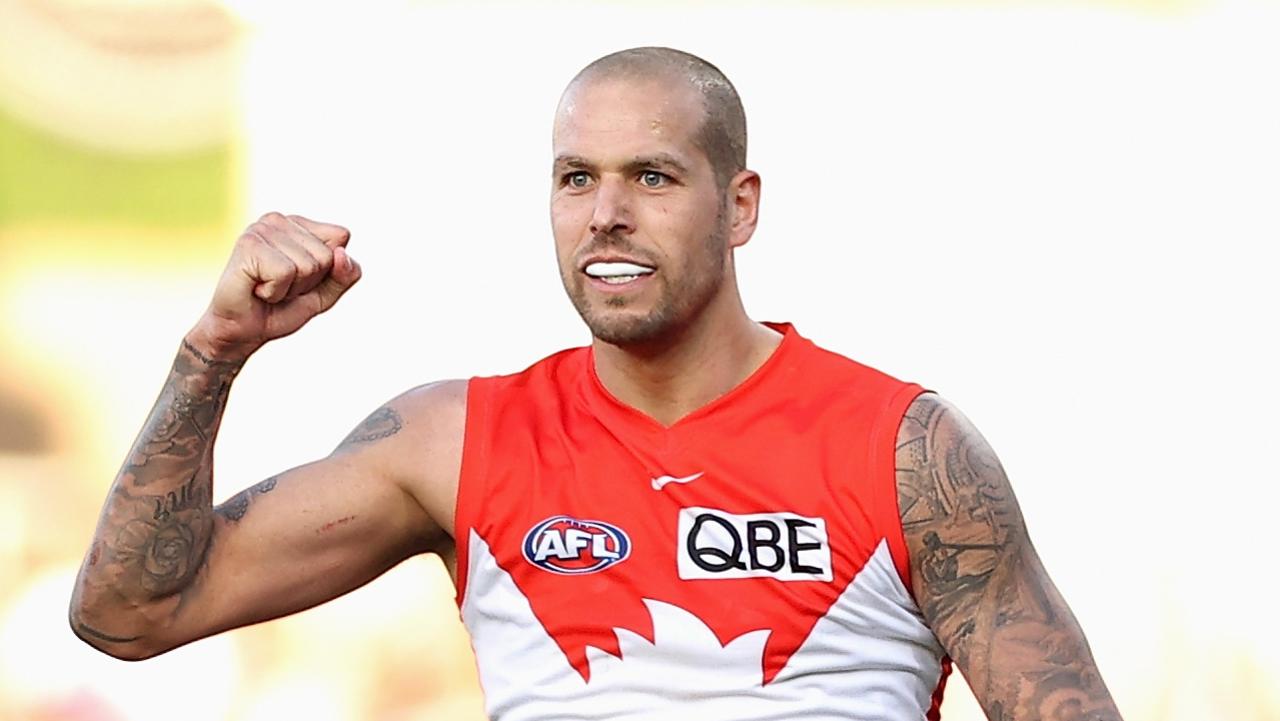 Sydney Swans forward Lance Franklin is still “undecided” about his future in the sport, officially putting contract talks on hold and hinting at a possible retirement.

According to a report by Nine reporter Michael Atkinson, the 35-year-old is considering turning his back on the Swans for a deal with the Brisbane Lions.

The Nine report was immediately countered by Swans chief executive Tom Harley, who confessed the veteran forward’s move to Brisbane was “news to him”.

“I can’t say where it came from, but Franklin’s not going to Brisbane,” he told SEN on Friday.

“He’s not going, he’s going to stay at Sydney and they’re in the throws of working out the contract, so it does sound like he’s going to play another year at the Swans if this information is true and where it’s coming from is pretty strong.”

On Saturday morning, Franklin’s manager Adam Finch released a statement confirming contract talks had been put on hold so the 1000-goal hero could focus on Sydney’s run towards the finals.

“At this stage conversations have been paused around my contract so I can put all my focus on playing footy,” Franklin said.

“No further comment will be made until the season is done and I have decided about my future.

“I am still undecided and need time after the season to make a family decision about whether I continue to play next year.”

Franklin has been in excellent form this season, kicking 41 goals in 17 games for Swans. However, the ongoing contract drama has become a significant distraction for John Longmire’s side as they approach September.

Speaking to Fox Footy, former Hawthorn forward Ben Dixon argued that Franklin has more chance of “playing on the moon than Victoria” next year.

“I reckon there’s some real merit in (rumours of the Brisbane move),” he said.

“He’s more chance of playing on the moon than in Victoria.

“Going for one more tilt, going to a different club, it’s not going to tarnish anything about your reputation in the game.

“He’s only going to go north.

“Brisbane’s right in the wheelhouse to win it. If it’s not this year, they have still got a little tilt next year.

“I know his motivation in signing a long-term deal with Sydney was sustainable success.

“I think his drive and his motivation – he wants to win a flag.

“He could be the hottest property in Queensland.

“If you look at it and you say, ‘Who’s closer to the flag (Gold Coast or Brisbane)?’ Well, there’s no doubt Brisbane are.”

Lions coach Chris Fagan believes that if Franklin is considering a move to Queensland it would more likely be for retirement rather than continuing his football career.

“I would have thought if they are moving to Queensland, that that‘s perhaps an indication that Bud’s going to retire from AFL football,” he said on Friday.

“If it came to pass down the track that they do move here, and. someone reaches out from his camp and suggests that he still wants to play, then we would be remiss as a footy club not to go and have a conversation with him.

“As far I‘m concerned he’s a Sydney Swans player, and if any of that was going to happen, it would happen when the season’s all over.

“My latest communication with him was a text message I sent to him when he kicked his 1000th (AFL) goal which was four months ago.

“I don‘t know what will play out in the future but the way I see it right now is if he is moving to Queensland to live, I would suggest that he’s going to retire.”

Franklin joined the Swans from the Hawthorn Hawks in 2014 on a nine-year, $10 million deal.

While he has been injury prone in recent years, the scenes of fans flooding onto the SCG when the eight-time All-Australian kicked his 1000th career goal showed he is still one of the sport’s biggest drawcards.

The Swans will face North Melbourne at Marvel Stadium on Sunday afternoon, with the first bounce scheduled for 1.10pm AEST.