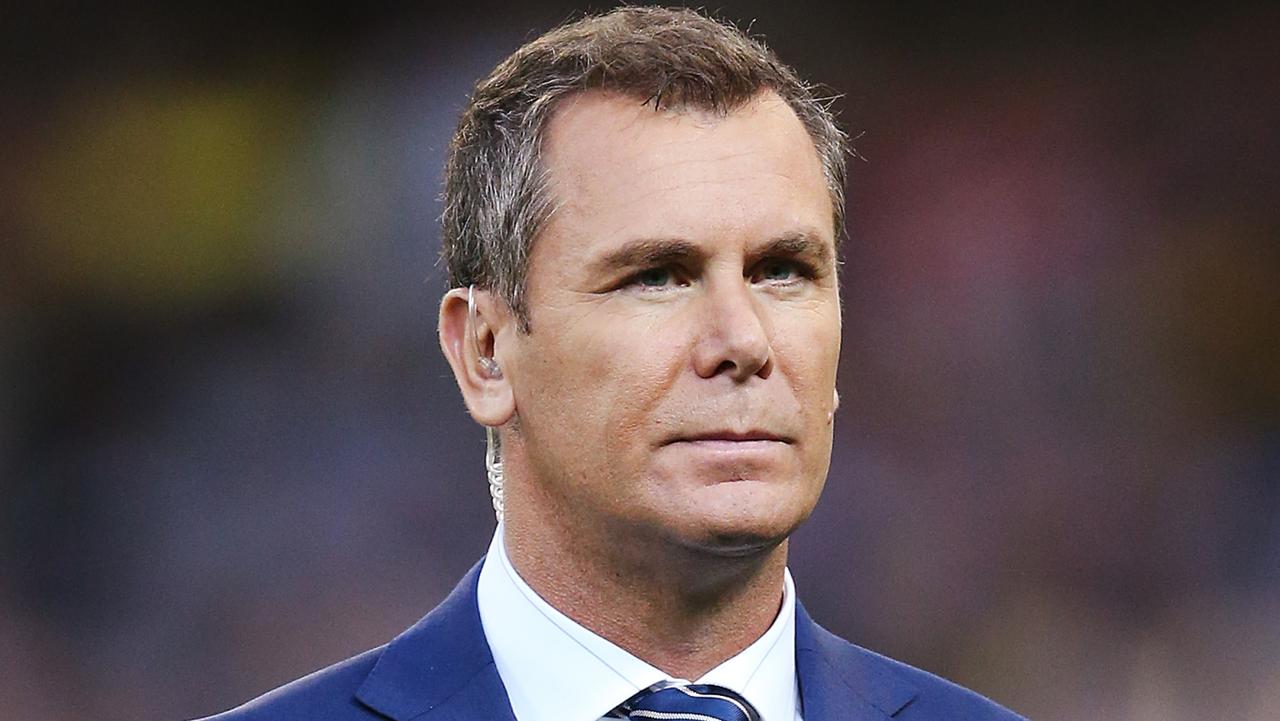 North Melbourne legend Wayne Carey has responded to reports he will be banned from Crown Resorts premises for two years after being caught with a bag of white powder in a Perth casino last week.

According to The Herald Sun, the 51-year-old was evicted from Crown Burswood on Thursday evening after a zip-lock bag containing a white substance dropped from his pocket onto a gaming room table.

Watch every match prior to the AFL grand final Live & Ad-Break Free In-Play on Kayo. New to Kayo? Start your free trial now >

Carey, who commentates for Channel 7, was staying in Perth ahead of Saturday evening’s elimination final between Fremantle and the Western Bulldogs at Perth Stadium.

The former Kangaroos captain was subsequently prohibited from attending Channel 7’s telecast of this month’s Brownlow Medal count at the Crown Palladium in Melbourne, according to the News Corp report.

Channel 7’s managing director Lewis Martin has confirmed Carey has agreed to temporarily stand down from his role.

Carey is also standing down from his radio commitments with Triple M footy.

“We are aware of a recent incident at Crown Perth where a patron was escorted from the premises,” a Crown spokesperson told The Herald Sun.

“The incident was handled within our standard procedures and due to privacy reasons, we are unable to provide further comment. At Crown Perth our priority remains keeping our guests, employees and the community safe.

“As trained professionals, our employees are entrusted to maintain a safe and enjoyable environment for customers and staff at all times, and will take necessary action to ensure these policies are abided by.”

But speaking to The Age, Carey claimed the substance was an anti-inflammatory he took with dinner.

“It was not an illegal substance, it was offered to security. Security didn’t take it,” he said.

“They just said it’s not a great look, I understood that, and we left without incident.”

Last month, reports emerged of an “ugly altercation” between Carey and former teammate Anthony Stevens at North Melbourne’s 1996 premiership gathering at the Railway Hotel in Yarraville.

The reported verbal stoush occurred more than 20 years after Carey’s infamous cheating scandal with Stevens’ then-wife forced him out of the Kangaroos.

“Witnesses said Carey went at Stevens, accusing him of talking behind his back and telling people he couldn’t be contacted and to not bother trying to catch up with him, but then being fine in-person.”

But Carey quickly refuted the report, telling Triple M the following day: “The first story said came to blows and that’s factually incorrect. There were no blows.

“There was a firm conversation – altercation I think is even too firm to say that occurred.

“To say that it was a massive altercation and it came to blows and then we left there and everyone was upset with everyone and it was a big thing is totally incorrect – that’s the disappointing thing about it.

“I hope I’ve just cleared up that once again this has been blown into something it wasn’t.

“I’m not sure why it should always be talked about – it doesn’t make sense.”

Originally published as ‘Not an illegal substance’: Wayne Carey stands down over white powder saga