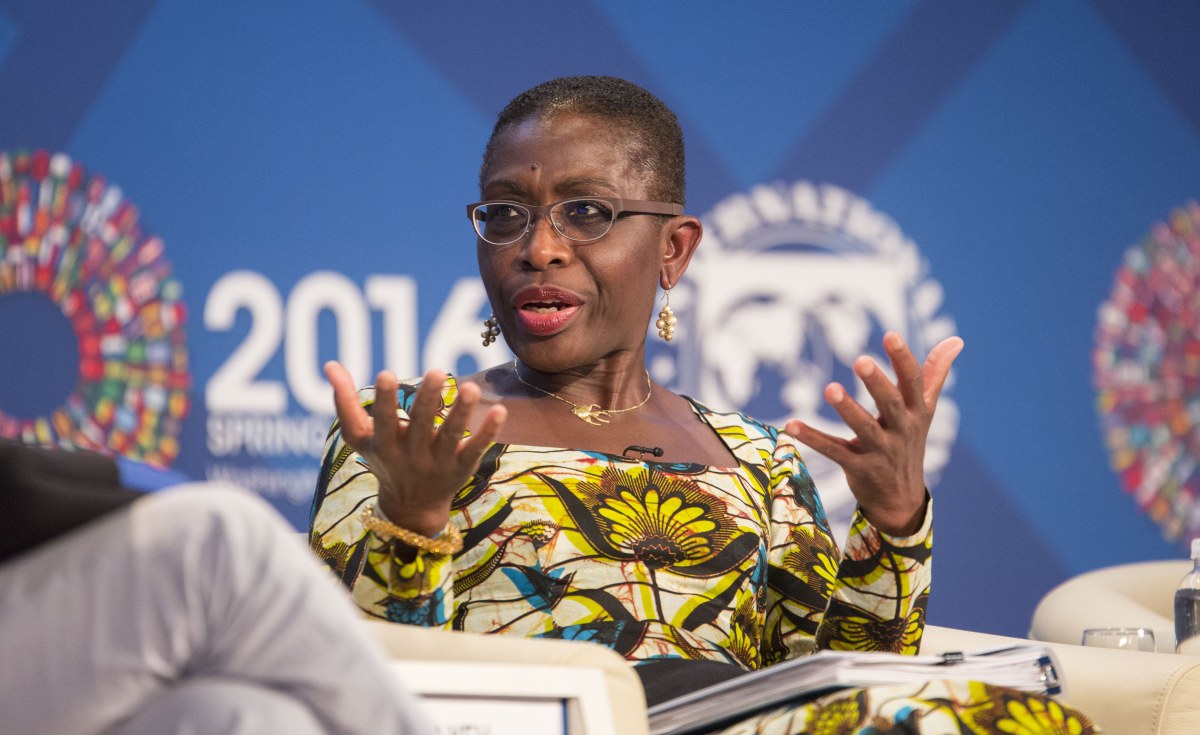 “It’s especially appropriate that we are gathered in Botswana for this conference. Botswana has an excellent story; its trajectory – from one of the world’s poorest economies, to now an upper middle-income country – is a testament to your prudent macroeconomic management, strong governance, and good institutions. I am confident Botswana can leverage this strong foundation by continuing to uphold the highest standards of governance,” IMF Deputy Managing Director Antoinette Sayeh said.

Sayeh is an economist and worked at the World Bank for 17 years in a number of positions working closely with countries like Benin, Niger, Togo, Pakistan and Afghanistan. She was also Liberia’s finance minister from 2006 to 2008.

Delivering her key-note speech during the high-level meeting on governance and corruption, Sayeh acknowledged that corruption has long been an issue but the multiple threats the world is faced with like the Covid-19 pandemic, Ukraine war, the ongoing challenges of climate change and the security situation in the Sahel region shows the urgent need for good governance.

Most countries are feeling the economic impact of Covid-19. The Russia/Ukraine war is straining the already crippled economies as prices for commodities and fuel skyrocket globally. In times of crisis, governments need financial relief to implement policies and programmes to deal with these crisis.

Sayeh says IMF is focused on governance as it pertains to the most effective use of public resources, ensuring they contribute to shared and lasting prosperity of the people.

When describing what IMF considers to be good governance, she says that it is often associated with a few key elements which are: a high level of political commitment to good governance and transparency; respect for the rule of law and property rights; efficiency, transparency and public oversight of investments; access to information and innovation and technology.

“Finally, let me add innovation and technology as the fifth element, given its role in helping governments deliver on these priorities more effectively. We saw this during the pandemic when for instance Sierra Leone launched online applications to improve the government’s ability to track services like food delivery or Togo used technology to identify the needy and deliver direct cash transfers,” she says.

“The book looks at reforms across a wider set of Sub-Saharan countries such as Nigeria, Comoros, the Democratic Republic of Congo, Madagascar … There are a few lessons from these countries. For instance: for the biggest impact, reforms should be tailored to country circumstances – depending on the challenges they face, the resources they have, and the capacity of their national institutions. They also highlight that sustained progress in improving governance and accountability – and ultimately, the lives of people – is possible regardless of the level of economic development. Take for example, Cabo Verde. Its ranking in the Corruption Perception index of Transparency International is higher than many advanced countries, including those with per capita income 10 times higher … Good governance is not something that countries have or do not have. It is an ongoing process – a commitment to ensure the best decision is taken every day for the benefit of the people. Progress in governance is determined by leadership commitment, institutional design, and the behavior of public and private institutions, ” Sayeh says.

According to the IMF, sub-Saharan Africa experienced a 4.5% increase in pandemic debt, this is debt taken on above and beyond projections due to the Covid-19 crisis.

“Debt vulnerabilities have increased in a number of countries in the region, but the situation is country specific. In countries at high risk of debt distress, the key priority is to preserve debt sustainability through prudent borrowing policies, while at the same time keeping some fiscal space for key spending priorities such as critical investments in priority sectors (health, education, infrastructure) or social spending to protect vulnerable groups. For countries where debt is unsustainable, there is an urgent need to accelerate the effective implementation of the G20 Common Framework for debt treatments. So far, progress has been slow for the three countries that have applied for debt treatment under this framework (Chad, Ethiopia, Zambia). But last week, we got positive news with the forming of the official creditor committee for Zambia. The IMF will continue to promote improvements in the framework to encourage more rapid and fairer debt resolutions,” Sayeh says.

She says the fund is also helping countries avoid getting to the stage where they need debt restructuring.

“Since the start of the pandemic, we have provided financing corresponding to 1.5% of Sub-Saharan Africa countries’ 2021 GDP – more than 13 times our average annual lending of the last decade – mostly on concessional terms. The regions’ poorest and most vulnerable countries also received two years of debt service relief of about U.S.$800 million. And last year’s allocation of the Special Drawing Rights – the largest in the history of the IMF – provided U.S.$23 billion to countries in the region, corresponding to 1.2 % of the regional 2021 GDP. We are also helping countries close financing gaps exacerbated by the spike in food and energy prices. For example, a new three-year programme for Mozambique for U.S.$456 million was approved in May and the IMF Executive Board has just approved an augmentation to the existing program for Senegal by U.S.$171.5 million. And we are in active engagement with several other countries,” she says.

But she says policymakers will also need to create more fiscal space by mobilising domestic revenue, enhancing the effectiveness and efficiency of spending, and managing public debt vulnerabilities and that the IMF remains ready to support countries in this process through the IMF’s policy dialogue and capacity development.

The IMF not only provides financial assistance to governments but it also offers technical assistance and training when required. This way countries are able to strengthen public finances, and modernise monetary and exchange rate policies among other things.

“In our policy dialogue with countries, we look at the strength of their anti corruption framework – especially whether it is aligned with the specific issues confronting a country – and work with them on reforms to strengthen governance and anti-corruption frameworks. But we also go beyond policy advice. At the request of country authorities, we also provide technical assistance and training to policymakers in this area, coordinated by our six capacity development centres on the continent,” she says.