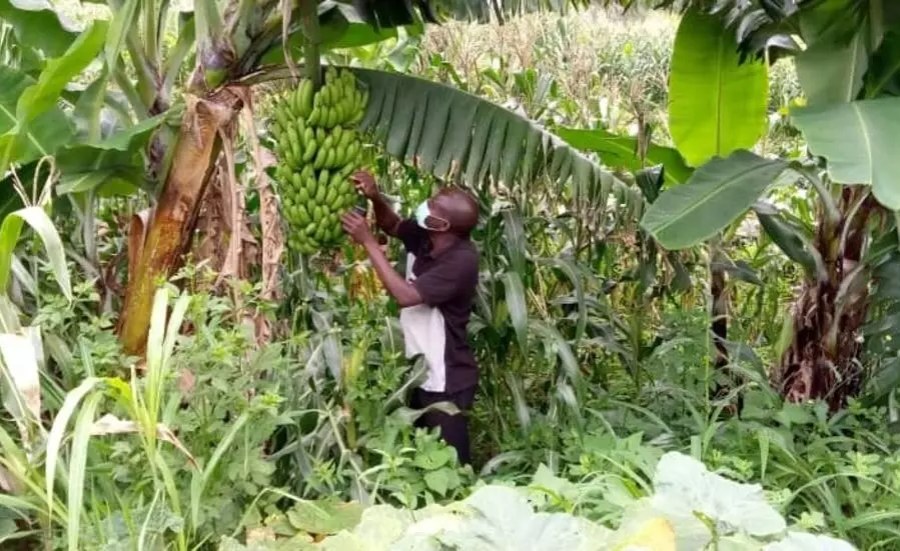 Banana and plantain are important staple foods in many developing countries, especially in Africa

Banana starch, flour, and chips are processed banana products whose markets are yet to be fully developed

Climate change is a threat to food security globally and in Africa where it is most felt, the livelihood of millions is at risk if temperatures continue soaring.

One of the indisputable food products that Africa contributes to the world is bananas whose production has grown at an average of 3 per cent globally.

As it is, the banana is a delicate plant that is easily affected by temperature fluctuations which leads to low production and possibly the eventual death of the crop.

Threats to the banana crop

Climate change is not the only threat to the banana crop and diseases that have been spreading at an alarming rate are a danger, too.

In 2015, the PLOS Pathogen journey noted that a fungus dubbed Tropical Race 4 had already decimated the crop in Southeast Asia over a number of decades.

According to the independent, the disease was first discovered in Australia, Jordan, Mozambique, Pakistan, the Middle East and Africa in 2013. It is so severe that it had destroyed whole plantations.

Fears were that it was just a matter of time before it landed in Latin America. At the time, in 2015, researchers warned that developing new banana cultivars was an arduously expensive affair that would probably not curtail the spread of the disease in time.

Years later, the banana crop remains resilient in most parts of Africa with the International Institute of Tropical Agriculture (IITA) saying that banana and plantain are important staple foods in many developing countries, especially in Africa.

“They provide food security and income for small-scale farmers who represent the majority of producers. Only about 15 per cent of the global banana and plantain production is involved in international trade; most production is consumed domestically,” says the non-profit.

A note on the organisation’s website states that banana starch, flour, and chips are processed banana products whose markets are yet to be fully developed.

Africans consume a lot of bananas with the annual average being 21 kg of banana and plantain per capita.

However, Ugandans consume 191 kg per year which is the equivalent of more than half a kilogram per day.”In fact, Ugandans use the same word for food as the name of the local banana dish matoke,” notes IITA.

According to UN-FAO, Rwanda and Cameroon have the highest per capita consumption of banana/plantain in the world, with Uganda topping the list.

Why is the banana crop important for Africa?

According to Stellenbosch University, bananas and plantains are the world’s fourth most important food crop. This makes the crop critically important to the food security and income generation for more than 70 million Africans.

Africa produces various types of bananas which can either be cooked, eaten fresh or processed to be served as baby food, juice and beer.

The East African Highland cooking banana (EAHB) and plantain make up approximately 70 per cent of all bananas grown on the continent.

On the economic front, Uganda is the second-largest producer of bananas in the world after India. Despite this, the Pearl of Africa is one of the smallest exporters since most of the produce is used for domestic consumption.

For the global market, West African countries produce nearly all of Africa’s banana exports. Banana production in West Africa has grown over the past 15 years accounting for around 4 per cent of the world banana trade, according to inafrica24.com.

The region’s biggest banana market is Europe with the UK and France dominating.

With the increasing demand for bananas, Africa can tap into this opportunity to leverage and create employment.

UN-FAO says that some 70-80 per cent of production in Africa are local bananas that have been present on the continent for over 1 000 years. These are mostly cooking bananas which are a popular and important staple food.

To satisfy the global demand, Africa which has huge swathes of arable land underutilized can invest in the crop which is productive all year round.

While climate change remains a threat to the crop, mitigating factors can be useful to increase production and boost the continent’s economy.