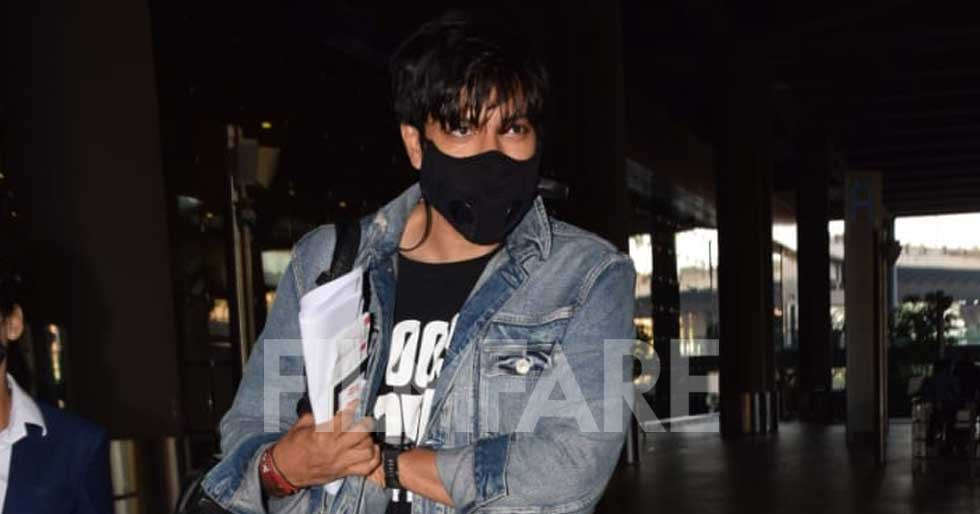 Ali Fazal was snapped at the airport yesterday. The actor wore grey track pants with a black tee. The black tee was paired with a blue denim jacket. He was spotted carrying a bouquet in his hands and a bag on his shoulder. He chose brown leather boots as footwear and also wore glasses over his eyes, which made him look even more classy. The actor had recently wrapped up the Hollywood movie Kandahar on Wednesday. The movie stars Gerard Butler in the lead role. Ali will also be seen in the upcoming Hollywood movie Death on the Nile, which is set to release in February 2022.