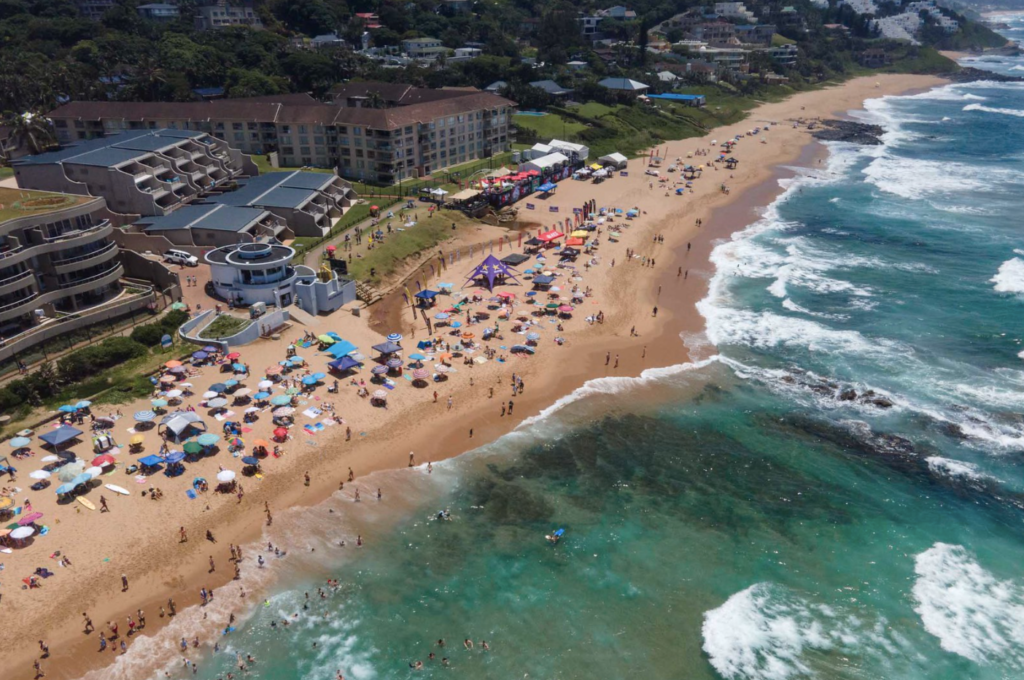 Surf action down at The Ballito Pro has been non-stop! After crowning winners at the SA Champs, we moved straight into the O’Neill SMTH Shapes Rookie Rippers. Over the past three days our junior South African competitors have surfed through some tricky conditions and put on some outstanding performances.

Today was finals day for the O’Neill SMITH Shapes Rookie Rippers and the contestants put on a show! The men’s draw was dominated by Connor Slijpen and Tide Lee Ireland who ended up meeting in the final. Both competitors started the day well but it was Tide who was able to carry his momentum through and take the win, posting the highest heat score total of the event in the semis, landing a massive air reverse which earned him a 9.00 ride. He continued to ride the wave of confidence through the finals and posted a 14.50 total, putting Connor in a combination situation from the get go. Connor went big but was unable to stick anything noteworthy. Well done to Tide for winning the event.

Like the men’s, the two women’s finalist, Sarah Scott and Zoë Steyn also dominated their heats from the start. Sarah was one of the favourites going into the event and performed excellently through all her heats, but the standout surfer from start to finish ended up victorious. Zoë put up monster scores in almost all of her heats and never looked like losing. Her technique is flawless and her backhand attack proved to be too much for the rest of the pack. Zoë continues to impress and will no doubt take the momentum of this win into the main Ballito Pro event.

Earlier in the week we saw The KZN Surfing Development Initiative event which was made up of a number of teams, in a tag team format where each surfer had to catch at least two waves. The event offered a glimpse at the depth and quality that is coming up in our sport. The future looks bright. Well done to Surfers Not Street Children for taking the win!

Winners of The KZN Surfing Initiative claiming their prize!

Aside from the surfing there has been much going on at The Ballito Pro. Last night was Movie Night where surfers and surf fans gathered to watch movies such as Jordy Smith’s ‘Now Now’ and his short series, ‘Silver Linings’. Click here to see what else you can get up to at The Ballito Pro.

Going into the final event we thought we’d name check a few contenders:

1. Of course the obvious one is South Africa’s top surfer, Jordy Smith. Jordy has consistently been in the top 3 surfers on the WSL for the past decade. He is the standout favourite for this event. All eyes and pressure on him and every surfer in the draw will be measuring their performance against his and scheming to take him down. We have no doubt he’ll put on a show.

2. Shane Sykes is the form surfer of the event. Fresh from the Challenger Series in Europe and Hawaii and straight into an SA Champs win. He’s on fire right now and we’re keen to see what he does.

3. Zoë Steyn seems to win every event she surfs and after her win in the Rookie Rippers today, will be hoping to do some serious damage in the main event.

4.Sophie Bell was looking on point in the SA Champs and her time in Indo has no doubt lifted her game. Watch out for her forehand rail game, it’s razor sharp!

5.Our Round 1 Monster Combo winner has been quiet of late but is no stranger to competing and always seems to get results. Davey Van Zyl’s lethal swordsmanship is something to behold. Let’s hope he gets a few clean sections to work with.

6.You can buy chips and a coke but you can’t pay cash for experience. No doubt Tash Van Greunen’s time on the Challenger Series will benefit her hugely going into this event. We’re keen to see how she utilises it to her advantage.

In all honesty though, the whole event is stacked with top surfers on both the Men’s and Women’s side of the draw. Best to just get down here and see it for yourself. Yeeeewww!

Surf and surf fans from above