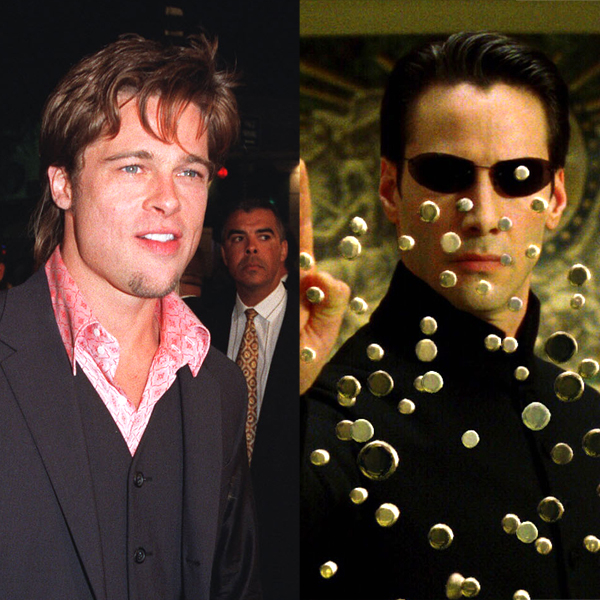 Once Upon a Time…in Hollywood, Brad Pitt was almost the star of these massive movies.

After a career filled with iconic performances, Pitt, turning 58 Dec. 18, finally took home his first-ever acting Oscar at the 2020 Oscars, winning Best Supporting Actor for his celebrated turn as Cliff Booth in Quentin Tarantino‘s Once Upon a Time…in Hollywood.

The film marked the first time Pitt and Leonardo DiCaprio, one of Hollywood’s other most celebrated leading men, worked together, an onscreen collaboration that excited industry insiders and fans alike. But the two actually came this close to starring in a hit film over a decade ago before Pitt ultimately decided to drop out, believing he was “too old” for the role. Yes, really.

But it wasn’t the only time Pitt has almost starred in an iconic role that ultimately ended up going to another actor, as the superstar could’ve been the face of not one but two major action movie franchises in an alternate universe.