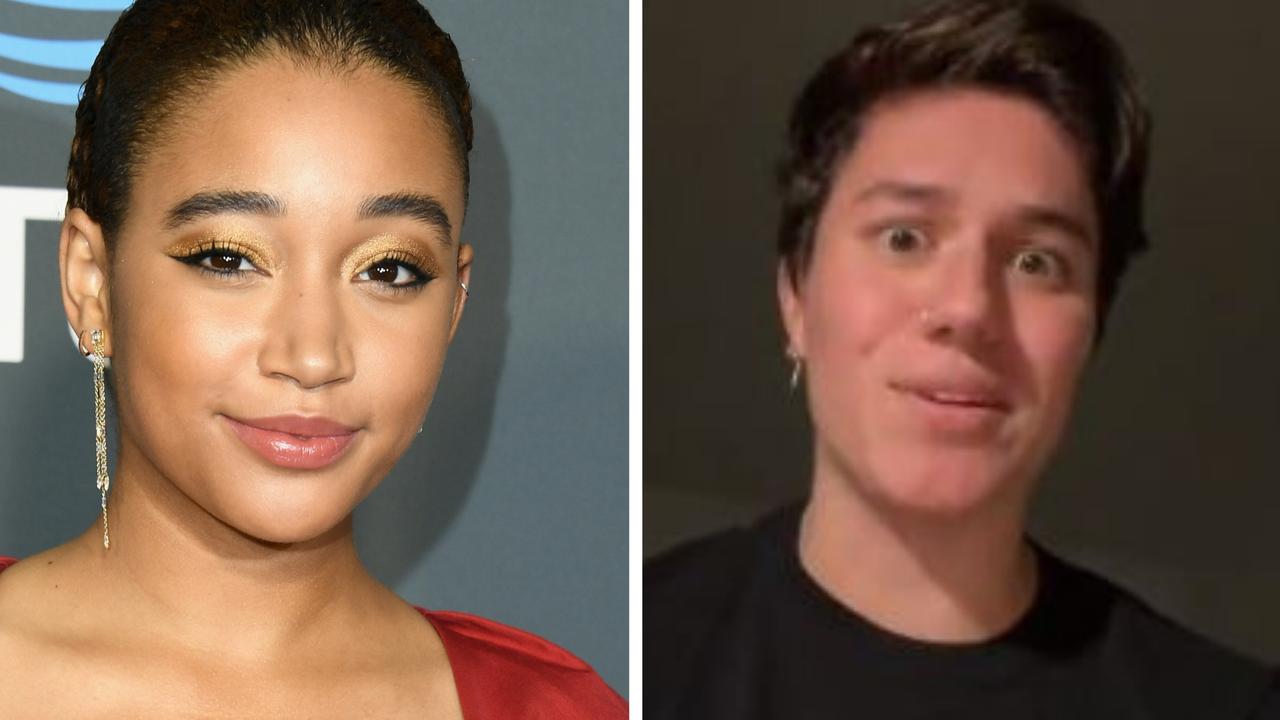 Actress Amandla Stenberg doubled down on her decision to message a film critic after reading a disappointing review about her new on-screen venture, Bodies Bodies Bodies.

New York Times writer Lena Wilson said that while the film — which boasts 89% on Rotten Tomatoes — is not “bad,” it’s certainly “not special.”

“The only thing that really sets Bodies Bodies Bodies apart is its place in the A24 hype machine, where it doubles as a 95-minute advertisement for cleavage and Charli XCX’s latest single,” Wilson wrote in her review.

The review seemingly struck a chord for Stenberg, who hit back at the writer with a sternly worded message via an Instagram DM.

“Maybe if you had gotten ur eyes off my t*ts you could’ve watched the movie,” Stenberg’s DM read.

On Thursday, Stenberg defended her decision to message the film critic as she shared a candid clip on social media about the exchange.

“I’m receiving a lot of commentary on the internet for being a very naughty girl and for sending a DM that I thought was hilarious,” Stenberg said in the video.

“There’s a film critic and her name is Lena Wilson. She described [Bodies Bodies Bodies] as a 95-minute advertisement for cleavage,’ which I thought was hilarious. I’m proud that a piece of work I was a part of was described as such in such a renowned publication.”

“I thought it was hilarious. I thought because Lena is gay, and I am also gay … as gay people, we would both find this comment funny. I was also curious to know what Lena would say to such a statement. Lena decided to publish it and also says that I am homophobic for saying that.”

Stenberg said she messaged Wilson because she was fed up about being objectified over her chest.

“It’s quite surprising the amount of commentary I receive on my boobs,” Stenberg said. “I wrote this tank top in this movie because me and the costumed designer felt it fit the character well. I do get tired of people talking about my chest. There seems to be a lot of unwarranted conversation about my chest.”

Still, the actress said she found Wilson’s review “hilarious” and said she “did not mean to harass” the writer.

Wilson said she initially posted the screenshot exposing the actress’ message because she didn’t want “this person who has more social power than me to think that it’s f**king okay to do something like this. And that’s all.”

This story originally appeared on Page Six and is republished here with permission.