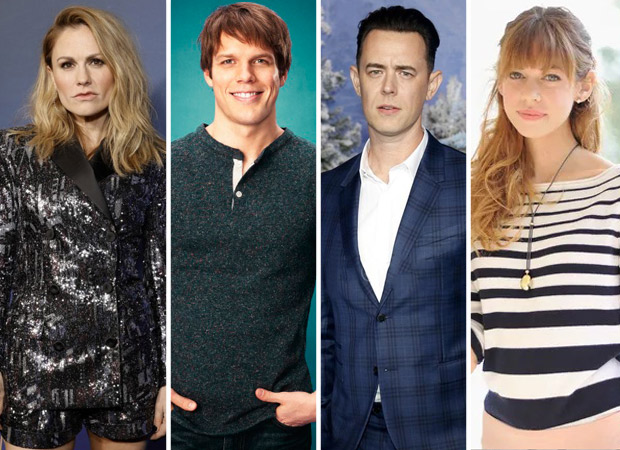 Peacock has given a straight-to-series order for A Friend of the Family, a scripted drama based on the harrowing story of multiple kidnappings of Jan Broberg.

According to The Hollywood Reporter, Anna Paquin, Jake Lacy, Colin Hanks and Lio Tipton are set to lead the limited series which comes from Nick Antosca (The Act), who will serve as showrunner, writer and executive producer on the drama via Universal Content Productions. Anna Paquin has been roped in to play Mary Ann Broberg, a mother of three who later realizes that she missed warning signs and made a terrible mistake by coming close to her charismatic neighbor, Robert Berchtold, and trusted him around her oldest daughter, Jan.

A Friend of the Family is based on the true story of the Broberg family, whose daughter Jan was kidnapped multiple times over a period of years by their neighbor and charismatic, obsessed family friend. THR reports, “The Brobergs, devoted to their faith, family, and community, were utterly unprepared for the sophisticated tactics their neighbor used to exploit their vulnerabilities, drive them apart, and turn their daughter against them. This is the story of how their lives were permanently altered and how they survived.”

Jake Lacy will reportedly play Robert, a businessman, Mormon father, husband and expert manipulator who plots the abduction of Mary Ann’s daughter Jan. Colin Hanks will play Bob Broberg, Mary Ann’s husband, who begins to fear that something is amiss with their neighbor.

Lio Tipton will portray Gail Berchtold, neighbor Robert’s wife and the mother of a large family, who never could have expected what her husband would eventually do.

Alex Hedlund will serve as executive producer for the feature project alongside showrunner and writer Nick Antosca, with Eliza Hittman set to direct multiple episodes including the pilot. Jan Broberg and Mary Ann Broberg are both set to produce.