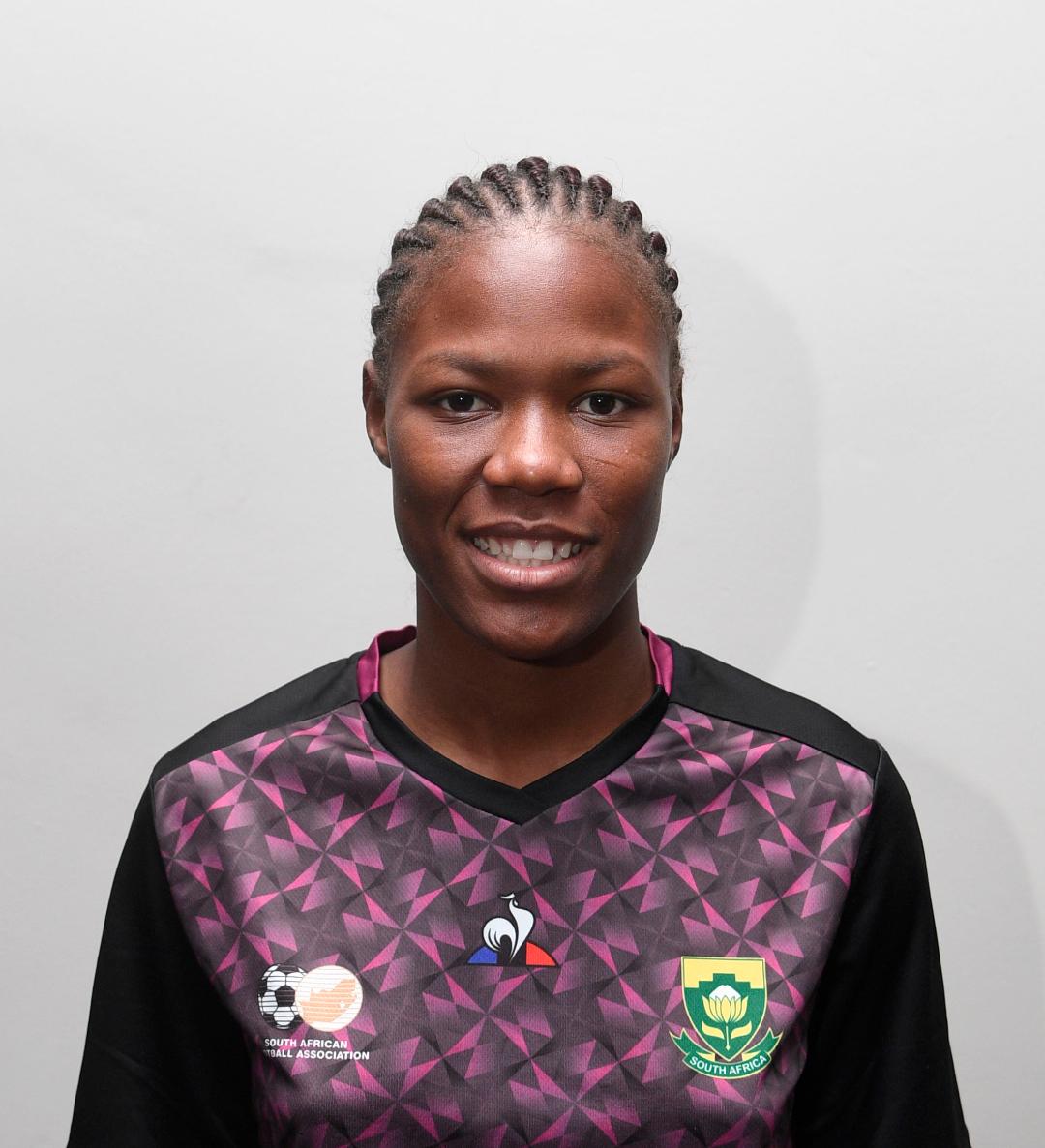 14 February 2022 – Not many can juggle both a football career and a hectic University schedule but it is a different story for 22 year- old defender, Antonia Maponya who made her debut for the senior women’s team in an international friendly against Zambia this past weekend.

The player who is a product of development after starting at
junior level, playing for both the U17 and U20, expressed her excitement for
making her senior debut. She however believes hard work will be needed to be a
regular in thus star studded team.

“At first, the call-up was overwhelming but I was able to
calm myself down as I am familiar with some of my teammates whom I played with
in the Hollywood Bets Super League and others from the junior levels,” said
Maponya.

“The intensity at training was challenging but I had support
from other players and that helped me settle in well.

“My debut was not bad despite a few mistakes at the
beginning but I enjoyed the experience of playing at the highest level with
high intensity and that taught me so much,’’ added Maponya.

“It’s not easy juggling school and football but as someone who spent her time at HPC it was not too hard as we were taught how to find a fine balance between school and Sports and that’s how I managed. However, it becomes a challenge at times especially when travelling is involved and while trying to meet deadlines at the same time,’’ she continued.

“As a woman footballer in South Africa, opportunities are
scarce as compared to our male counterparts and that is why education is
important. Education serves as a fall back plan, say should one suffer a
career-ending injury. I would greatly encourage education for all players to
take seriously.”

The player who looks up to American wing-back, Crystal Dunn,
has ambitions of moving abroad but her focus right now is to improve both her
studies and her football career.

“The focus right now is to work hard and fight for regular game time in the field of play and in my studies,’’ concluded Maponya.