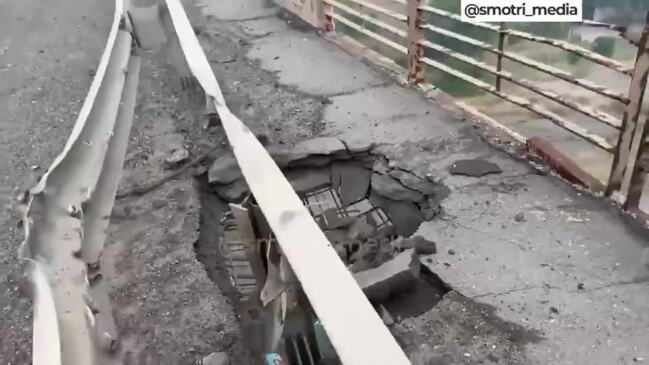 The Antonovskiy Bridge in Kherson, Ukraine, remained operational after it was damaged in strikes on Tuesday, July 19, according to Russian media. The deputy head of the Russia-aligned administration of the Kherson Region, Kirill Stremousov, told Russian media that the Antonovskiy Bridge was hit during Ukrainian strikes on the city on Tuesday. No casualties were reported. According to Stremousov, six missiles were fired by the Ukrainian Armed Forces, five of which were shot down. Ukrainian media also reported that explosions were heard in the city. Credit: @smotri_media via Storyful