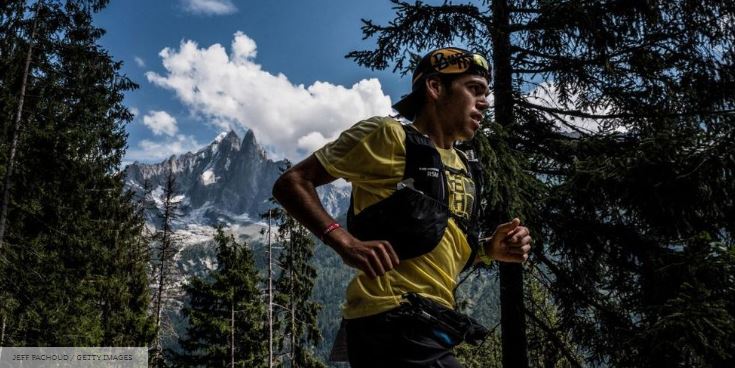 What makes a race “tough?” For starters, if you wince while reading the race description, that’s a strong indication that you’ll need months of training to complete the route ahead of you.

A good, hard race includes several things: steep ascents and descents, unforgiving temperatures, intense terrain, and unimaginable distances. Throw in crazy-tough cutoff times, lots of fuel over long periods of time, and the mental fatigue that comes with being on your feet for that long, and some races are just all-out brutal.

Races with weird or cool quirks give them an extra edge, like if it is entirely self-sufficient from start to finish or it goes on for days like the (checks maths…) Self-Transcendence 3,100 Mile (5000km) event!

Runners enjoy putting their bodies and minds to the test—it’s in our blood. But only the most dedicated and ambitious athletes will set out to complete these famed endurance monsters. Take a look at what we consider some of the hardest, toughest races on the planet. (There is no specific order to this list).

Runners have 48 hours to complete this bad boy: 160 tough kilometres that go through roads and dirt trails along the San Juan Mountains. Participants climb around 10,000 metres and descend another 10,000 metres, and the highest point is over 4000 metres on Handies Peak. Every year, the course changes direction, and you’re not a finisher until you kiss the infamous “Hardrock” at the end. Oh, and be careful: the course is so harsh that even elite runners fall, get lost, or dislocate their shoulders.

What some people may not know is that the notorious Western States has a twin. Taking place in the Pennsylvania Wilds in the US, the Eastern States 100 takes runners through classic east coast landscape. The 165-kilometre course starts and ends at Little Pine State Park and takes racers through some super technical terrain.

It’s not every day you get to run through three countries. The Ultra Trail du Mont Blanc is a 170-kilometre loop that starts at Chamonix, France. Hitting 3000 metres of elevation several times along the way, participants will circle around the intersection of France, Italy, and Switzerland. Needless to say, the views are pretty fantastic. But don’t let the scenery fool you—runners spend a lot of time on the mountains instead of enjoying them from the bottom. There are other events within the UTMB, but this mountain race is the cream of the crop.

If you want to torture your body while simultaneously seeing sweeping views, the Self-Transcendence race is not it. As the longest certified road race (and possibly the most miserable, mentally), this ultra historically starts at 6am one summer morning in Queens. From then until midnight every day for 52 days, participants run the same route (an average of 96 kilometres per day) for 52 days. The race originated in 1997 and has been enticing runners ever since. Why? We have no idea.

There are lots of mountain races out there, but this one has its participants running for five days across Wales—not to mention over 15,240 total metres of ascent. Competition is tight for this off-the-beaten-path, trackless mountain race. Runners can look forward to a total of more than 321 kilometres. While this quest sounds painful, runners can also expect incredible scenery, with a bonus of a few ancient castles along the way.

There’s a saying these days that 200 miles is the new 100, and Tor des Geants is one of the O.G.’s of going double the distance—the name literally means “Tour of the Giants” in Italian. Runners face not only 330 kilometres, but almost every type of weather imaginable as well as enough elevation gain to climb Everest two and a half times.

This 160-kilometre, self-sufficient race sounds like it’s name: plain. Created in 1997 as an ode to the beautiful remote trails woven through Plain, Washington, this race is a fight between the runner and the road. You have 36 hours to finish (only 50 percent do, according the website) and there are no course markings, aid stations or pacers. So don’t get lost: if you do, you’re on your own.

Smack in the middle of the Sahara Desert is one of the most demanding and scorching running routes in the world. The race’s total distance is 240 to 250 kilometres, adjusting year after year. Runners split up the course over six days and only have one day to rest, which is usually after the longest stretch. Who’s crazy enough to run 250 kilometres through the Sahara? Founder Patrick Bauer walked 350 kilometres through the desert, only supported by what was on his back. He turned it into a race in 1986 and it remains one of the most popular ultras in the world.

The Comrades Marathon is an ultramarathon of approximately 89 kilometres and is run annually in the KwaZulu-Natal province of South Africa between the cities of Durban and Pietermaritzburg. It is the world’s largest and oldest ultramarathon race and is run over a rolling course of tough hills in often tropical weather conditions.

If you’ve ever wanted to feel like you’ve reached the end of the world, this race is your ticket. The 6633 Ultra offers 193-kilometre and 611-kilometre races that start in Canada’s Yukon Territory and continue through the Northwest Territories. Get ready for a lot (and we mean a lot) of heavy winds and temperatures ranging from 9-30 degrees, but you can also look forward to beautiful panoramic views. Oh, and if you choose the 611-kilometre course (ouch), you’ll end your race at the hamlet of Tuktoyaktuk along the banks of the Arctic Circle. Now that’s an epic finish line.

If you know at least one name of an ultra race, chances are it’s Western States. It’s officially the oldest 160km in the world and brings people from all over to master the infamous, hot course. Runners have 30 hours to conquer the west coast beast, and over time will climb more than 5400 cumulative metres in elevation and descend more than 7000 metres. At some points, runners are so high in elevation that they have to run through snow, and other times they are completely exposed in the summer heat.

If you’ve ever wanted to know what it feels like to run the lowest valleys and highest peaks in the US, the Badwater 217km race is what you need. The course starts at Badwater Basin in Death Valley, the lowest elevation in North America, and finishes at the end of the road on Mount Whitney, the tallest mountain in the continental US. The race covers three mountain ranges and participants experience 4450 metres of cumulative ascent and more than 1800 metres of cumulative descent.

Ultra-trail Cape Town hosts a variety of trail races that traverse the beautiful mountain trails of the Cape Peninsula. Cape Town is a world-class destination featured on many trail runners’ bucket lists. The Mother City is shaped by two oceans and Table Mountain National Park, a dramatic mountain chain that stretches from Table Bay in the north to Cape Point in the south. UTCT offers a distance to suit every trail runner – 100 miler, 100km, 55km, 35km and 23km.