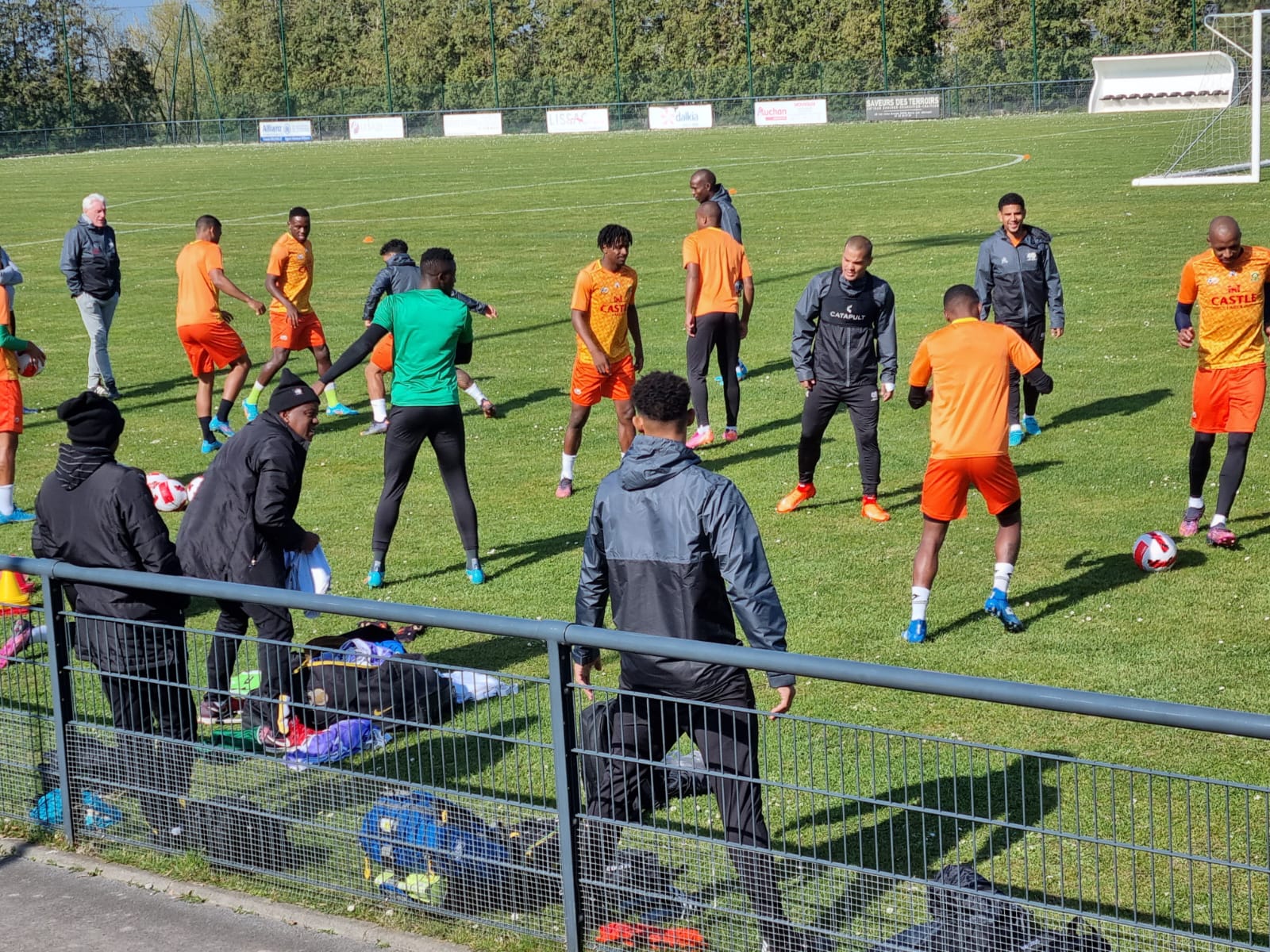 28 March 2022 – Preparing to face world champions France in their own backyard is no simple task, but Bafana Bafana have at least been able to quietly go about their business with minimal distraction in the picturesque surroundings of the suburb of Bondues in Lille in the last few days.

The suburb is about five kilometers away from the national team’s Mercure Hotel which has been home to the Senior Men’s national team for the past week or so. Situated in Marcq-en-Barœul, the friendly environment has enabled coach Hugo
Broos’ side to get down to business in relative peace since arriving in France.

Local community club FC Bondues have taken great delight in opening their gates and welcoming the South Africans to the sprawling facility in a warm display of hospitality.

The club itself is a hive of continuous activity every single day as it is home to around 900 players of various age groups from under-6 level to seniors in their late 50s.

Fans of various age groups have arrived to watch Bafana Bafana train every afternoon, hoping to get a selfie with the players at the end of the sessions.

The players are very popular here and the members of FC Bondues have not hidden their excitement at hosting the former Africa Cup of Nations winners in their grounds as they prepare to face the world champions in Lille on Tuesday night.

“We have 36 teams playing here every weekend, in different age groups, from the under-6s to seniors. We have four teams of senior players and I am one of them. We have a lot of young teams…… it is a big club,” said visibly proud 56-year-old
senior player Gerard Vanneste.

“I am so happy to see the South African national team playing here. This is so good for our club.”

Bafana have receiving wild applause at the end of their training sessions and Vanneste said the youngsters have enjoyed sharing their facility with the Bafana Bafana players.

“This is the best club in the north of France,” said a beaming Vanneste.