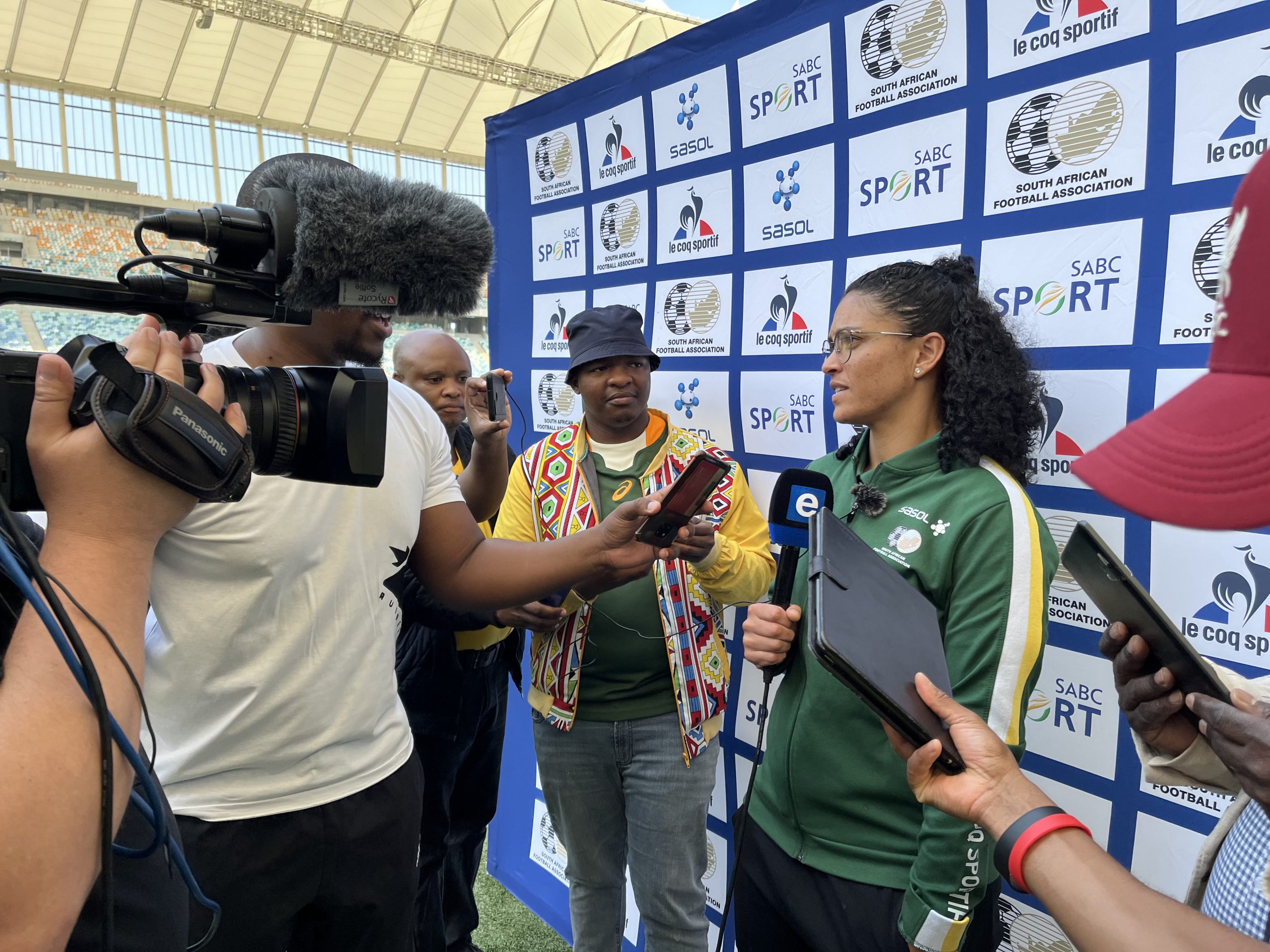 04 September 2022 – Banyana Banyana will get another opportunity to fix the mistakes made in the team’s first friendly international encounter against Brazil a few days ago at Orlando Stadium when they meet again at the Moses Mabhida Stadium in Durban tomorrow (Monday, 5 September 2022).

Coach Desiree Ellis’ side suffered a 3-0 defeat against the 2022 Copa América Femenina champions in a game played at the Soweto venue on Friday 2 September 2022. The South Americans and the South African senior women’s team are using the two matches as preparations for the FIFA Women’s World Cup in Australia and New Zealand next year.

After returning from Morocco, SAFA President Dr Danny Jordaan assured the Sasol-Sponsored Banyana Banyana team that the organization would secure top opposition to prepare for the World Cup, and arrival of Brazil in South Africa is part of the long-term plan.

Ellis believes her team played well against Brazil in the opening match on Friday and while she agrees they were punished due to errors, she maintains these mistakes can still be fixed in the second game at Durban’s Moses Mabhida Stadium on Monday night.

“It’s not really an international friendly, it’s a preparation match, it is an opportunity for us to change players, it’s an opportunity for players to raise their hands because the World Cup squad is not chosen yet. If you can raise your hand, then of course you have a tick next to your name.

“I felt that for the first 30 minutes we were tactically disciplined and we were organized. But at this professional level you have to stay concentrated for the duration of the game. In the most critical moments of the game just before half-time, we were not technically disciplined.

“Brazil is a top team and they are preparing well. They went through Copa America without conceding a goal and that shows the quality they bring. I still believe we gave as good as they gave.

“I thought our ball in the final third should have been much better. If it had been better, we would have been on goal more times,” the Banyana Banyana coach continued.

Banyana Banyana goalkeeper Kaylin Swart, who replaced Andile Dlamini in the second half of the first game against the Brazilians, was with the coach and she emphasized that despite the loss on Friday, they took a lot of positives from the game.

“Friday was tough but I think we gave a good account of ourselves and how far we have come as a nation,” said Swart.

“WAFCON is different from what we are going to face now and there are a lot of positives that we took from Friday. I think on Monday you will see a good improvement from us as a team and as individual players.”