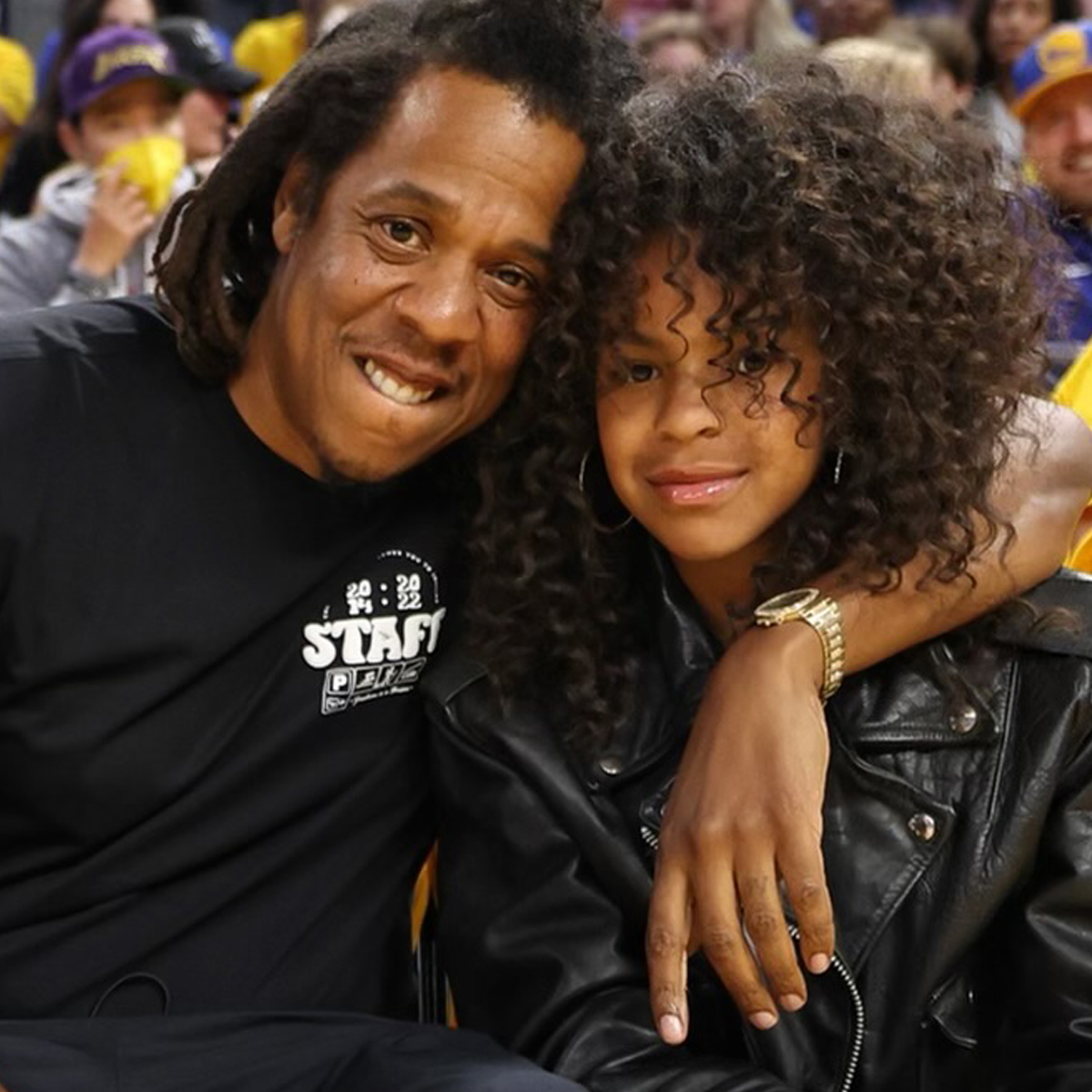 This father-daughter date was a slam dunk.

Jay-Z and Blue Ivy Carter attended game five of the NBA finals at the Chase Center in San Francisco on June 13. Proving she’s already inherited mom Beyoncé‘s ***flawless sense of style, the 10-year-old wore a leather jacket over a black T-shirt with the words “Brown Skin Girl” written across the front (the title of her and Queen Bey’s Grammy-winning hit) and matching pants. To finish her look, Blue Ivy sported some sunglasses, hoop earrings and Nike sneakers.

Jay-Z and Blue Ivy sat courtside as they watched the Boston Celtics face off against the Golden State Warriors, creating memories that are irreplaceable.

“Throughout the game Jay had his arm around her shoulder and was pointing out different things on the court to her,” an eyewitness told E! News. “He was so proud of her. He gave her a big dad kiss on the cheek.”

And while the onlooker said Blue Ivy “got a little embarrassed when she was shown on the Jumbotron,” the observer noted it was a “cute” moment.