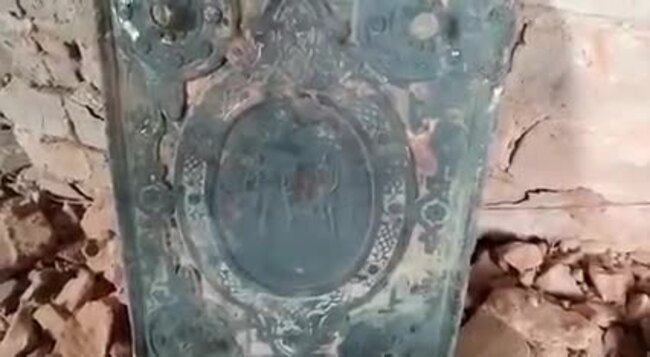 Bodies were found near a church in the village of Lukashivka in Ukraine’s Chernihiv Oblast that was used as a headquarters by Russian forces, the State Emergency Service of Ukraine (SES) said. In footage posted on April 9, SES workers can be seen placing human remains in large white body bags outside the village’s Ascension Church. The video also shows a large amount of leftover ammunition along with damaged books and art scattered among piles of debris. One of the church’s spires can be seen damaged and the inside left burned. The SES said that it had been told that the bodies were locals who had been shot by the Russians. Local residents had previously told Suspilne News that men were executed in the town during the 21-day occupation by Russian forces. Credit: SES of Ukraine via Storyful