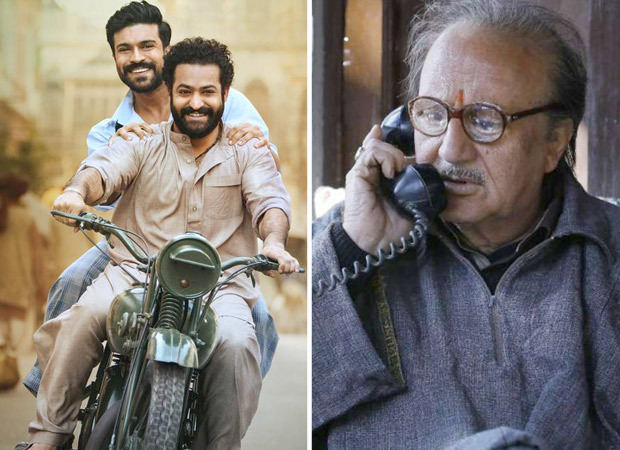 What a time it is for movies to be playing at theatres and very importantly for audiences who are getting their weekly dose of entertainment for last five Fridays now. If Gangubai Kathiawadi had emerged as a hit, The Kashmir Files is already enjoying its blockbuster run while RRR (Hindi) is on way to be emerge as a hit as well,

Let’s talk about RRR (Hindi) first. This is one biggie that had to go through quite a few release date changes as pandemic continued to slow down and then soar again. However one thing that it was sure of was that it will arrive only in theatres first. There was a lot that SS Rajamouli and Jayantilal Gada had invested in the film and audiences complimented the effort as well by first giving it a good welcome over the weekend and then ensuring that Monday stayed excellent as well. This was shown in Rs. 17 crores* more that came in which is simply mind blowing, hence resulting in four day collections being Rs. 91.50 crores.*.

As for The Kashmir Files, it is doing well to be make a move towards the Rs. 250 crores mark with quite some easy. While the weekend growth was quite good yet again, as has been the trend for the film ever since release, its Monday hold was promising as well with Rs. 3.10 crores more coming in. Of course prior to this, Monday collections have been in double digits for the film but then there had to a point where the film stabilises and this is what’s happening now. That said, the collections are still quite impressive and with Rs. 231.28 crores in its kitty so far, the all-time blockbuster is now breaking records by going past the lifetime numbers of several big budget Bollywood flicks.