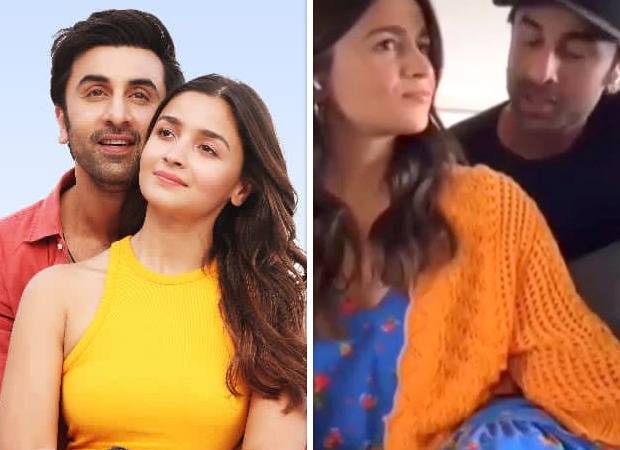 Brahmastra will bring together real life couple Ranbir Kapoor and Alia Bhatt together on the big screen for the first time. The soon parents to-be couple, who are enjoying a great high in their personal and professional life, are gearing for the release of the film and have released the first track from the film today, on July 17. Speaking on this special occasion, the couple along with the filmmaker have not only spoken about the song but have also shared the close bond and connection they have with this number in a series of videos.

Talking about the song which has garnered immense popularity with just a teaser, Ranbir Kapoor said, “The freshness of the song has resonated with the audience really well. I would like to thank the entire team for creating a song that has touched countless hearts and I am sure the audience will cherish the warm experience of the full song.”

Alia Bhatt added, “For me, Kesariya is a feeling that one experiences when they are happy and content with something. It was the first glimpse from Brahmastra Part One: Shiva and it holds a special place for me and the entire crew. The song draws me in whenever I listen to it, and I’m sure that the song will touch the hearts of the audience.”

Director Ayan Mukerji said, “Working with Pritam Da, Arijit, Amitabh Bhattacharya, and the entire team on Kesariya has been a momentous experience. Pritam Da always manages to save the best for me since Yeh Jawaani Hai Deewani. I am personally very excited about all the versions – Arijit Singh, Sid Sriram, Sanjith Hegde and Hesham Abdul Wahab, they have all rendered it so beautifully and soulfully which shows across all versions.” Ayan added, “We all love the sizzling chemistry of Ranbir and Alia in the song, which hints at the strong bond they share. Fans all around the world have celebrated Ranbir-Alia’s love through the teaser, and I am very sure, the full track will surpass everyone’s expectations.”

The romantic number has been sung in Hindi by none other than Arijit Singh, and composed by Pritam. With lyrics penned by Amitabh Bhattacharya, the team describes it is an ageless romantic track with a vibrant and colourful backdrop. The song has been choreographed by Ganesh Acharya.

Directed by Ayan Mukerji and produced by Dharma Productions, Brahmastra will hit the big screens on September 30. Also starring Amitabh Bachchan, Mouni Roy, Nagarjuna among others, the film will release in multiple languages.

Also Read: Ayan Mukerji explains the mystical universe of Brahmastra: ‘No one has done what we are doing with ancient Indian inspiration in the modern world’