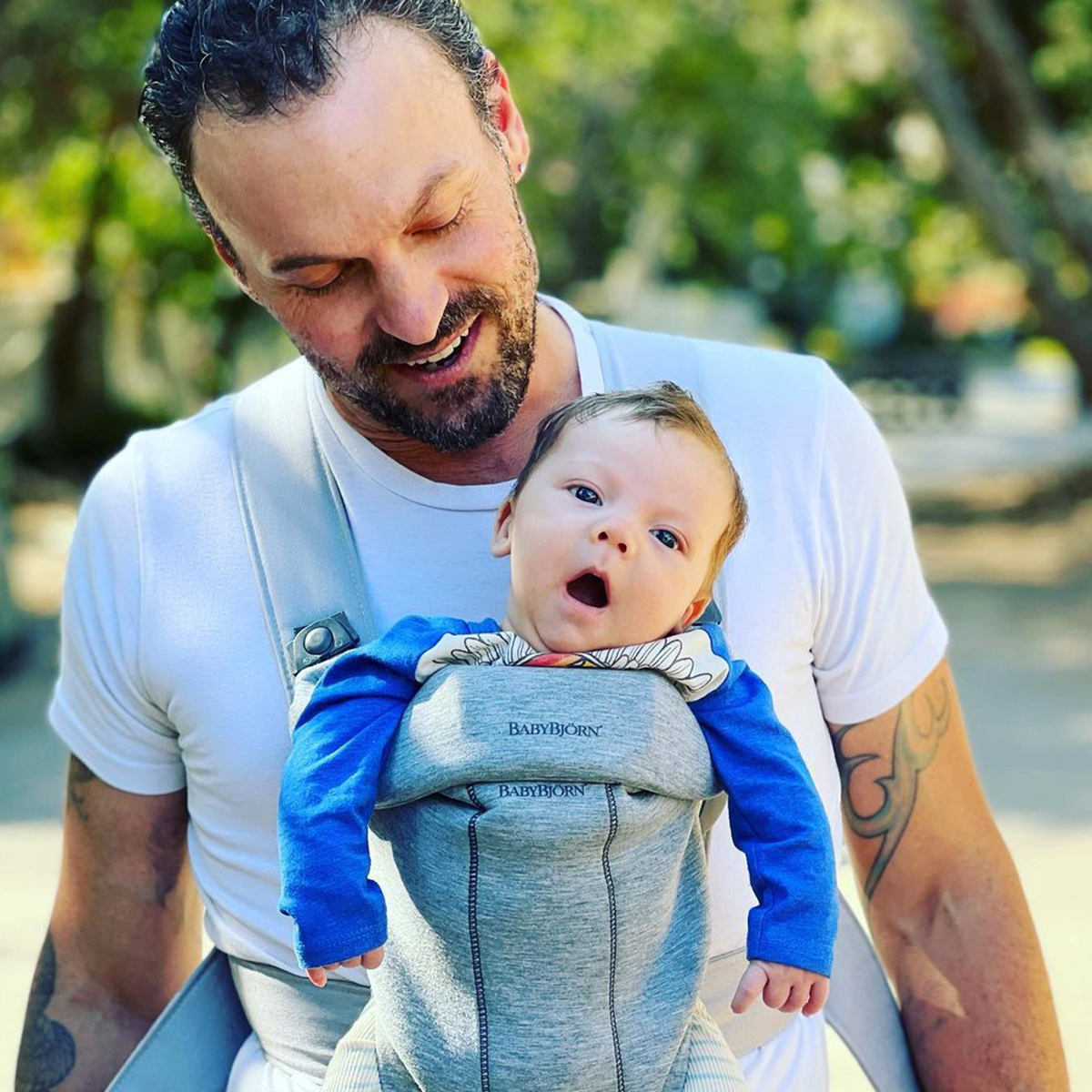 On Aug. 20, Brian Austin Green took to social media to share an adorable update on his son Zane Walker Green, who he welcomed with Sharna Burgess earlier this summer.

“Getting so big so fast,” he wrote, alongside a photo of himself with the infant strapped to his chest in a baby carrier. “Almost 2 months already.”

Friends and fans quickly took to the post’s comments section to gush over the sweet snap, including Brian’s former Beverly Hills, 90210 co-star Lindsay Price who commented, “Your mini.”

Brian, 49, and Sharna, 37—who went Instagram official with their romance in January 2021—welcomed baby Zane on June 28.

“My heart is now forever outside of my body,” the Dancing With The Stars pro shared on Instagram after giving birth via C-section, along with a previous black-and-white photo of Zane’s little hand.

The couple’s new addition is the first for Sharna and the fifth for Brian. The actor is also dad to kids Journey, 5, Bodhi, 8, and Noah, 9 (whose mom is his ex-wife Megan Fox) and 20-year-old Kassius (whose mom is Vanessa Marcil).