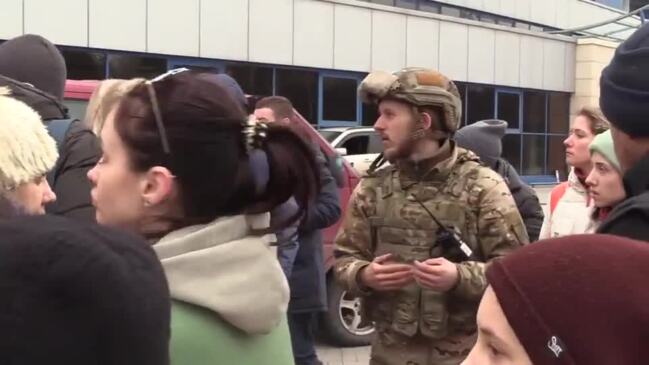 Residents in Mariupol, Ukraine, who were set to evacuate on March 5 were told it was unsafe to do so, video posted by the Ukrainian military shows. In the footage, a woman in tears can be heard asking if there will be an evacuation. A Ukrainian soldier tells the crowd gathered near Teatral’na Square that he couldn’t guarantee their safety. Loud explosions can be heard in the background. On Sunday, the International Red Cross said the attempt to start evacuating around 200,000 people failed due to what they said was an “absence of a detailed and functioning agreement between parties to the conflict”. The humanitarian organisation said they were still on the ground working to evacuate civilians but that parties needed to agree on the details of the evacuation times, locations, and routes. Radio Free Europe/Radio Liberty reported that a third round of negotiations between Kyiv and Moscow was scheduled to take place on March 7 after the failed attempt to evacuate civilians from Mariupol on Saturday. Credit: Ukraine Joint Forces Operation via Storyful