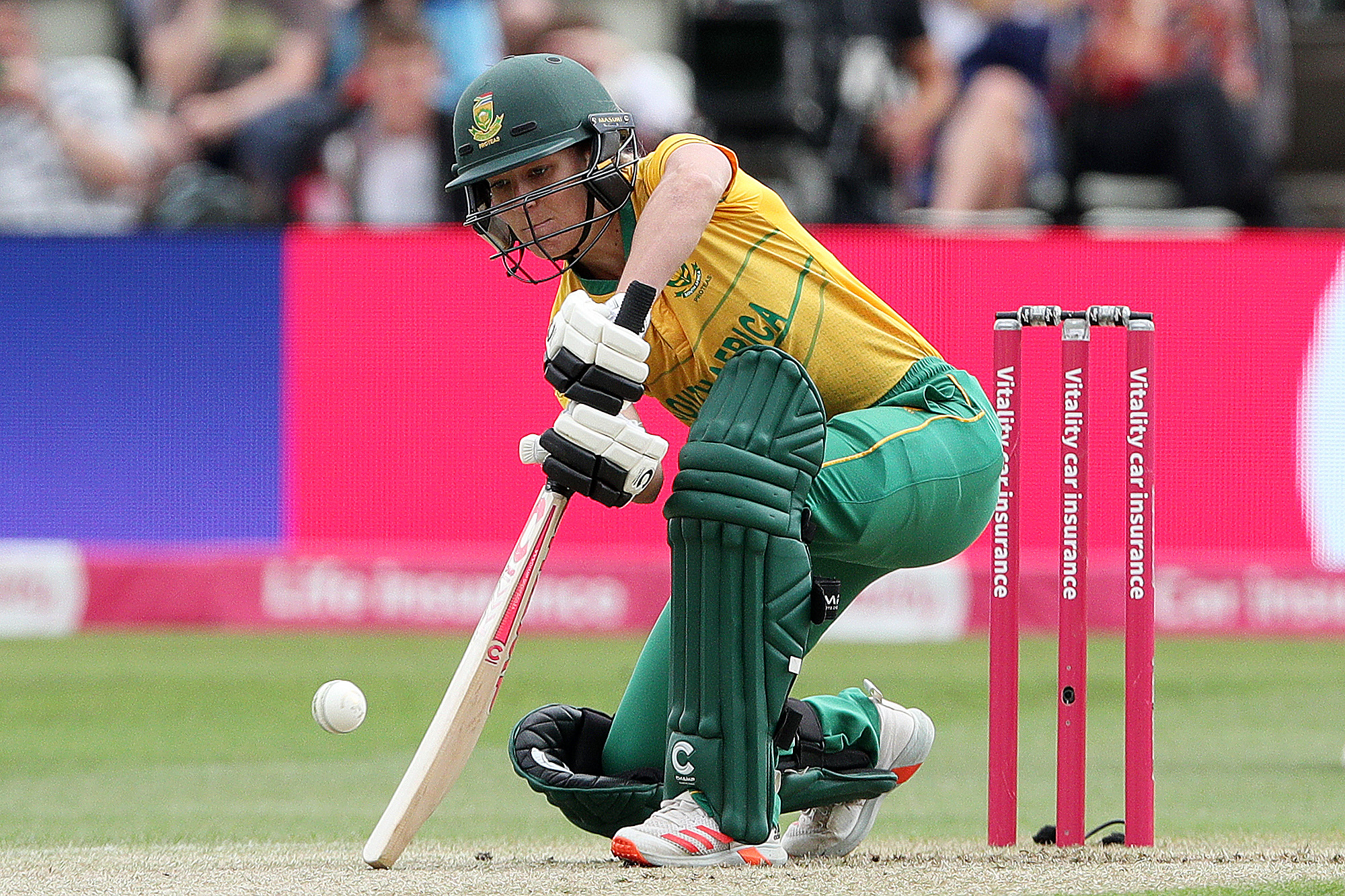 TSHWANE – Momentum Proteas all-rounder, Anneke Bosch is dreaming of finally representing her nation at a World Cup, with the 2023 ICC Women’s T20 World Cup being held in South Africa in February next year firmly in the sights of the reserved, all-action cricketer.

Earlier this year, the 29-year old experienced the misfortune of suffering a thumb injury on the eve of the team’s departure to the ICC Women’s Cricket World Cup in New Zealand as part of the extended 18-player squad.

After making a full recovery, Bosch has been on a mission to earn and keep her place in the national team and following a solid showing in the ongoing 2022 / 23 season, the North West Dragons star has an eye on a place in the T20 World Cup team.

“It would be amazing to be part of the World Cup,” she began. “Especially after the disappointment earlier this year of missing out on my first World Cup. Now there’s another opportunity to be a part of next year’s T20 one and that would really mean a lot to me.

“I just have to continue putting in performances with bat and ball, whether it is provincial games or the Super League. I just need to keep doing well and put in the performances to book myself in the team.

“I hope I will be a part of it and hopefully there will be no injuries ahead of the World Cup,” Bosch added.

Although Bosch made her Proteas Women debut in One-Day International cricket in 2016 against Australia, the East London born top-order batter, who was a multi-sport athlete at provincial level before going on to also representing her country in Action Cricket, has made her main mark in the T20 format.

Bosch highlights AB de Villiers as one of her all-time favourite cricketers, not only for their shared initials of ‘AB’ and Mr 360’s obvious talents, but also for de Villiers’ humility. After eventually making her first T20 International appearance in October 2019, Bosch will be hoping to one day emulate her idol and has made a solid start to her T20 career.

This year has been a whirlwind for Bosch. From facing injury challenges to making her Test debut and going on to pick up notable form, particularly with the bat, to start the 2022 / 23 campaign, amassing 256 runs in nine T20Is in series against Ireland, England and as part of Team South Africa at the 2022 Commonwealth Games.

“It’s been an interesting year for me. It actually feels like quite a long year,” she laughed. “Lots of ups and downs and it started quite bad with missing out on the World Cup, and after that it kind of took off again and went into a good direction.

“I didn’t expect it to go as well as it did and I didn’t expect to be a part of the Proteas team as much as I was, so I am really happy and grateful for that.

“The year has been full of cricket; it has been a busy year and I like it and I enjoy it a lot, but it was quite difficult to come back from that disappointment and injury just before the World Cup, but I am glad the year has turned out the way it did after that.

“The Test debut and being in the Commonwealth Games was probably the highlight of my career. I really enjoyed the Test, and I would love to play more Test cricket,” she continued.

Following the extensive tour to Ireland and the United Kingdom, Bosch was handed the opportunity to be a part of a unique South African Emerging side largely made up of SA under-19 youngsters that took on Zimbabwe in a five-match T20 series, as the U19s prepare for their inaugural T20 World Cup.

Bosch led from the front with the bat for SA Emerging with 124 runs and a best of 62 not out in the last match as Zimbabwe won the series 4 – 1.

“The Zimbabwe tour didn’t go that well for us, but it wasn’t that much about winning the series or winning games, but as long as we learn from it. Especially with the U19s, as long they get used to the environment and learn as much as they can from the series and from the games that they play.

“It was actually a good experience. I enjoyed it a lot and I am glad I was a part of it with the U19s. They are really a good bunch, and I was quite surprised with them and their skills, how they talk cricket, how they go about their game and how they train.

“That was really good to see and there’s definitely a lot of talent and potential there. I told one of the more senior players there that I wish I had that much skill or talent when I was their age, because I don’t think I was at that level.

“It’s a really good thing for women’s cricket in South Africa. I hope they enjoyed it as well and it was a good experience to meet them and to play with them,” she said.