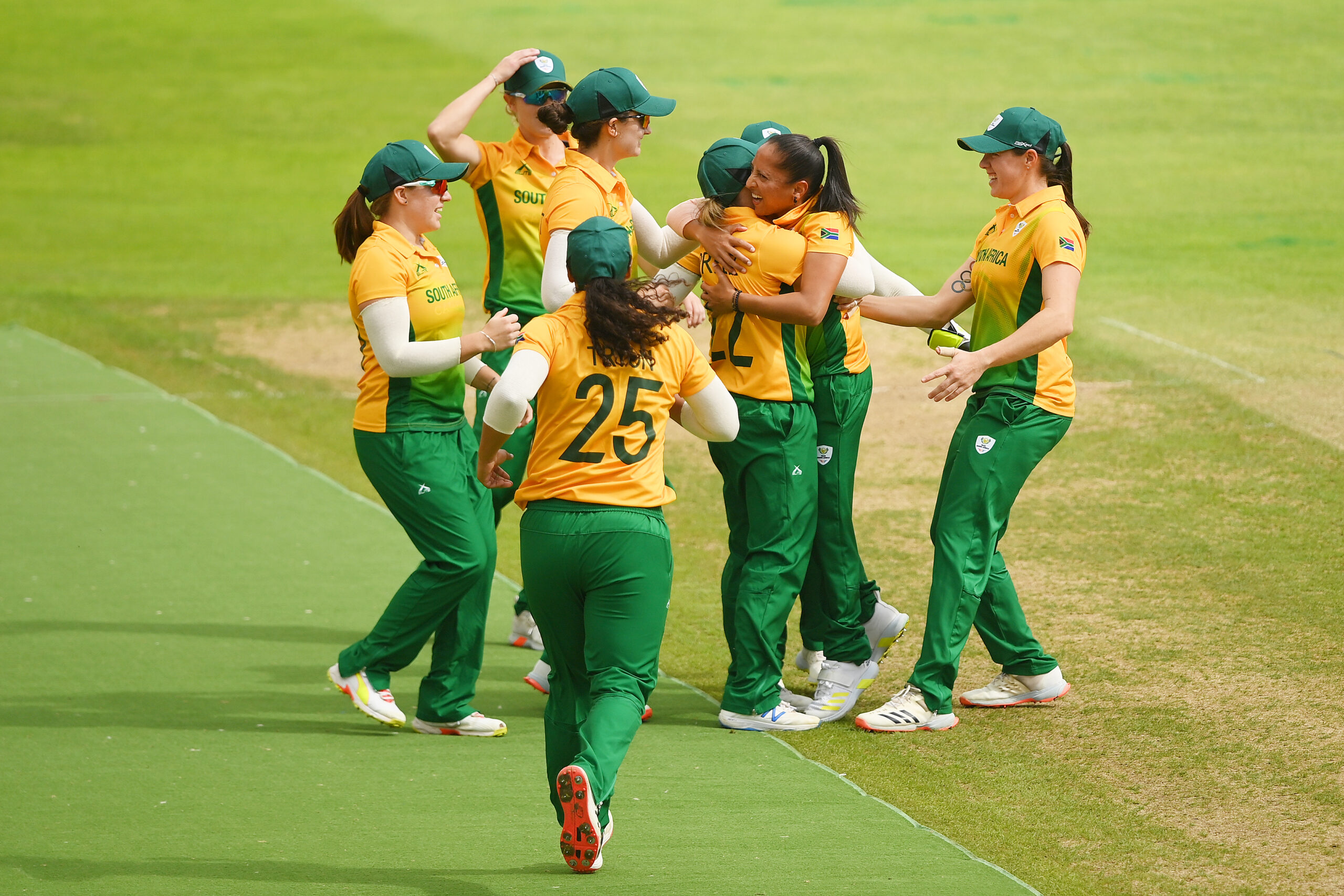 BIRMINGHAM: Galvanized by a maiden half-century from teenager Alice Capsey, England overcame Team South Africa by 26 runs to confirm their qualification from Group B in the 2022 Commonwealth Games Cricket T20 competition at the Edgbaston Cricket Ground in Birmingham on Tuesday.

Capsey carved eight boundaries, including one six in her effort of 50 off 37 deliveries, which was accompanied well by lower-order contributions from Katherine Brunt (38*) and Amy Jones (36*), as England posted 167 / 5. South Africa’s chase included highlights of a 64-run stand between Anneke Bosch (32) and Tazmin Brits (38) as well as a 33-ball 41* from Laura Wolvaardt, but it was not enough as a Brunt-led (1 / 16) England attack restricted South Africa to 141 / 4 after 20 overs.

Much like their opening encounter at the Games, Team SA won the toss and elected to field and this time managed to make early inroads through fiery bowler Shabnim Ismail, as she clean bowled Sophia Dunkley (1) with her first ball of the day.

Despite losing an early batter, England continued their aggressive intent at the crease through Danni Wyatt and Capsey as the pair put on 33 runs for the second wicket before Ismail returned to strike with her first delivery of her second spell, claiming the scalp of Wyatt; caught behind for 27.

Although the two wickets from Ismail did well to keep the English batters honest, 17-year old Capsey showed her rising talents alongside Nat Sciver (12), as she marched towards her first ever T20I fifty for England, before both batters were removed through Anneke Bosch (1 / 27) and Nonkululeko Mlaba (1 / 22).

With two key batters back in the dugout, South Africa capitalized on that momentum to run out Maia Bouchier (1) soon after, to leave the home side 94 / 5 after 13 over. That dismissal was the last joy for Team SA as Jones and Brunt batted England over the line in fine fashion.

The duo added 73 runs together in the middle, with the bowling all-rounder Brunt playing the role of the protagonist with a 23-ball 38* while Jones finished unbeaten on 36* (23) as England reached their 20 overs on 167 / 5.

In reply, South Africa began their innings in solid form, with Bosch and Brits guiding their team through the powerplay unscathed, reaching the end of the first six overs on 39 / 0. With the batters now settled at the crease, Bosch took on the responsibility to up the ante to help bring up the pair’s half-century stand before Sophie Ecclestone (1 / 21) made the all-important breakthrough to remove Bosch.

Brits and new batter, Wolvaardt tried their best to keep up with the required run rate and in their effort to catch up, England picked up the wicket of Brits for a near run-a-ball 38 that included five fours. Explosive all-rounder, Chloé Tryon (11) then joined Wolvaardt and in the reaction to the scoreboard pressure and England’s disciplined bowling, Tryon as well as Mignon du Preez (1) were caught in the deep in attempts to score quickly.

Wolvaardt and Suné Luus (9*) managed to see out the closing stages for South Africa, with the former ending undefeated on 41 off 33 balls (3 fours) as England wrapped up the result to secure their place in the semi-final with one match to spare.

Team SA will play their next at the Commonwealth Games on Thursday, 04 August when they take on Sri Lanka.