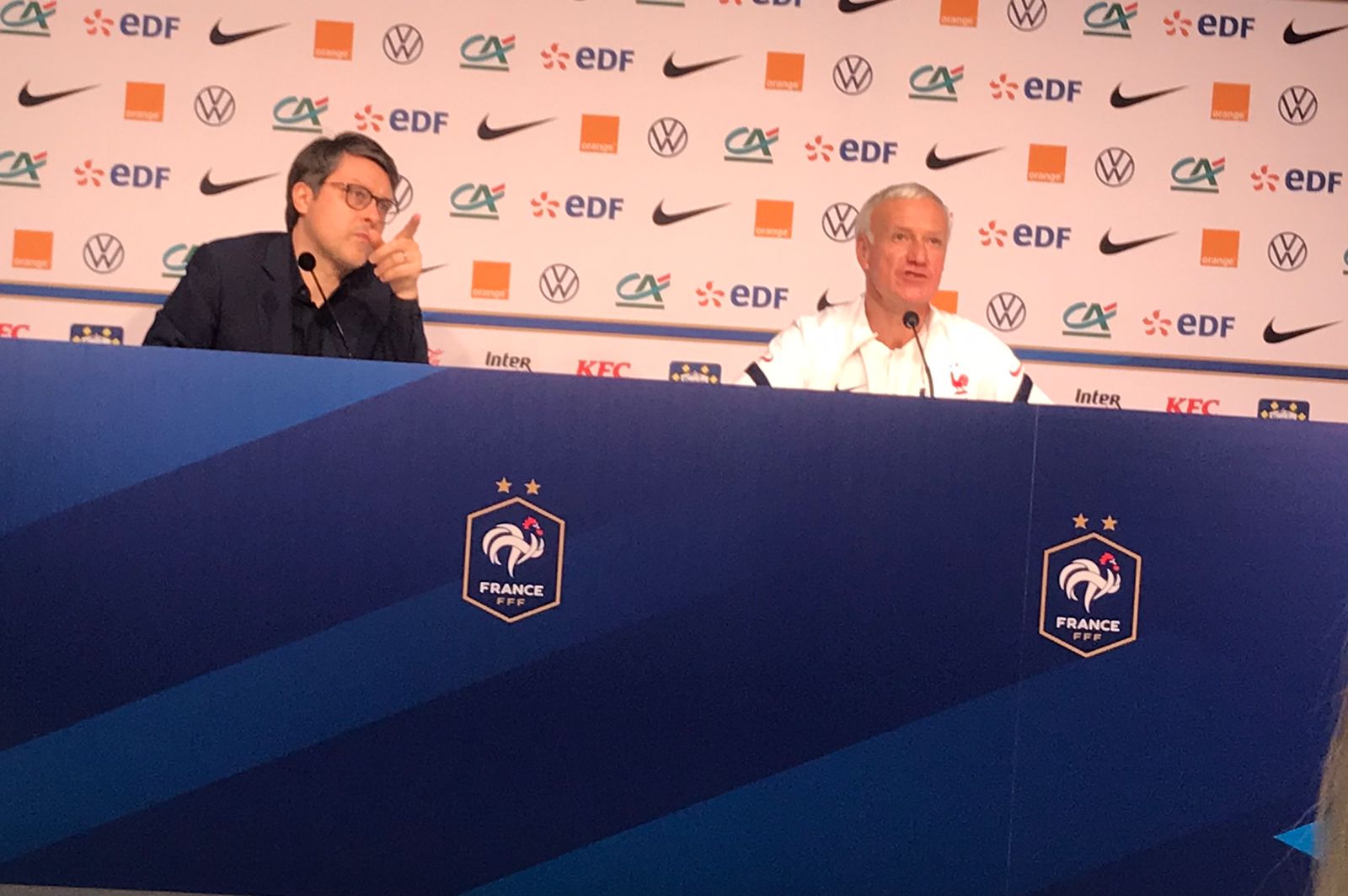 29 March 2022 – France manager Didier Deschamps says he has done his homework on Bafana Bafana and identified the players he views as potential threats when the two sides meet in a highly anticipated friendly international at the Stade Pierre Mauroy on Tuesday night.

Deschamps intends to keep a very close eye on Kaizer Chiefs’ Keagan Dolly, Baroka FC’s Evidence Makgopa and Orlando Pirates’ Bandile Shandu when the world champions host the South Africans in a match that is expected to be played before
a sold out crowd at the 50 000-seater stadium in Lille.

Royal AM’s Victor Letsoalo came on as a second half substitute in Bafana Bafana’s friendly international against Guinea at Guldensporen Stadion in Kortrijk in Belgium last Friday and made a lasting impression on the Les Bleus boss.

“I know the offensive players [in the Bafana Bafana team] better, the forwards,” he told
www.Safa.net.

“Dolly is an interesting player. The two forwards, Letsoalo and the other one is Makgopa……”

The French have some of the most high-profile names in world football but Deschamps said they are taking nothing for granted ahead of Tuesday’s match. He even had spies on the stands when South Africa’s Senior Men’s National team played
Guinea last Friday in a match that ended in a goalless draw. The French coach admitted that he had people in the stands taking notes on his behalf and knows what to expect from the 1996 Africa Cup of Nations champions when the two sides meet this evening.

“Yes, of course, we had people from our team watching your game [against Guinea]. But I do not think it will be the same players who will face France.

“Even though this is a friendly game, we are preparing for the 2022 World Cup. This gives us the opportunity to play against an African team, and this is not always the case for us.  For an example, the last time [we played against South
Africa] was in 2010 at the World Cup.

“In the next World Cup we may play against African nations and those teams might have the same qualities, the same style of play that South Africa has.”

He said while Bafana Bafana are in the rebuilding stages, he expects coach Hugo Broos to send out a different line-up on Tuesday night.

“South Africa has a new generation of players. To me it explains why South Africa did not qualify for the Africa Cup of Nations [earlier this year] and the World Cup. There are a lot of local-based players who do not have a lot of international
experience. But obviously we have watched a lot of South Africa games, several of their last games, and I also watched their last game against Guinea.

“But I do not think it will be the same players because there were a lot of young players on the pitch against Guinea.”

Deschamps said Kylian Mbappé and Paul Pogba might get an opportunity to face Bafana Bafana, even though both had injury concerns in the build up to tonight’s game.

Mbappé missed France’s win over Ivory Coast a few days ago due an infection, while Pogba suffered a knock during the Ivory Coast outing.