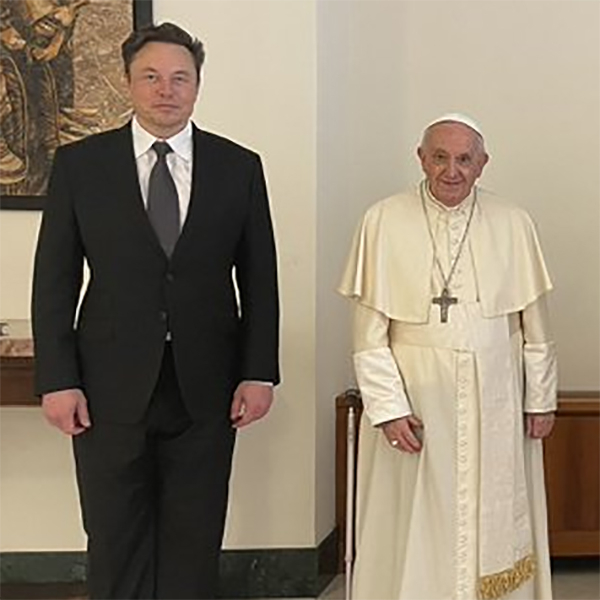 On July 1, the billionaire CEO of Tesla and SpaceX tweeted a pic of himself with sons Griffin, 18, and 16-year-old triplets Kai, Damian and Saxon posing with Pope Francis during a recent trip to Italy.

According to Italian newspaper La Repubblica, the businessman and the pontiff had a 40-minute meeting at Casa Santa Marta in Vatican City. Elon talked about his ideas on improving the world and humanity, the outlet said.

Elon, the richest person in the world, shares his four teenage sons with first wife Justine Wilson. Griffin has a twin, who in April filed a request in a Los Angeles court to change her name to Vivian Jenna Wilson in accordance with her new gender identity. She stated in her filing, “I no longer live with or wish to be related to my biological father in any way, shape or form.” A judge granted Vivian’s request on June 22.