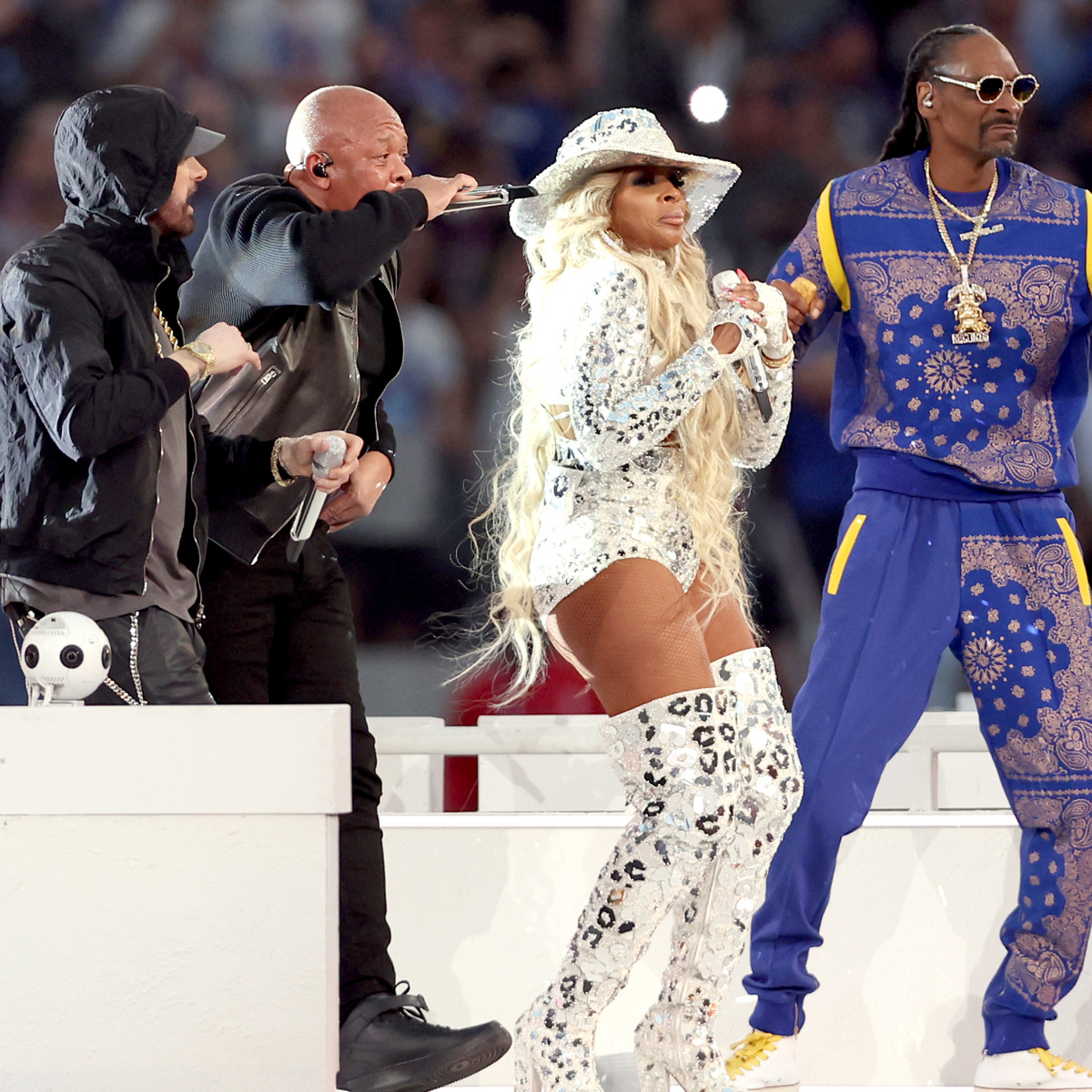 Kendrick Lamar just may have predicted this performance when he penned “All the Stars.”

Because as viewers of the 2022 Super Bowl Halftime Show just witnessed, the influential rapper rocked the stage alongside the likes of legends including Mary J. Blige, Dr. Dre, Snoop Dogg and Eminem.

During their Feb. 13 performance, the group of trailblazers had the in-person—and at-home—crowd moving like none other when they performed a ton of their classic hits, which kicked off with Dr. Dre and Snoop performing their hit “The Next Episode,” a rendition of Tupac‘s “California Love” and even included a surprise performance from 50 Cent, who performed “In Da Club.”

As for Mary, the award-winning singer shined in a sliver ensemble as she belted out her singles, “Family Affair” and “No More Drama,” while Kendrick was sure to shake the stage alongside a set of mind-blowing steppers with his performance of “Alright.”

Fans were quickly were transported back to the early aughts to close out the show once Eminem graced the stage to perform “Lose Yourself” and Dr. Dre and Snoop rounded it all out with their classic collab, “Still D.R.E.”