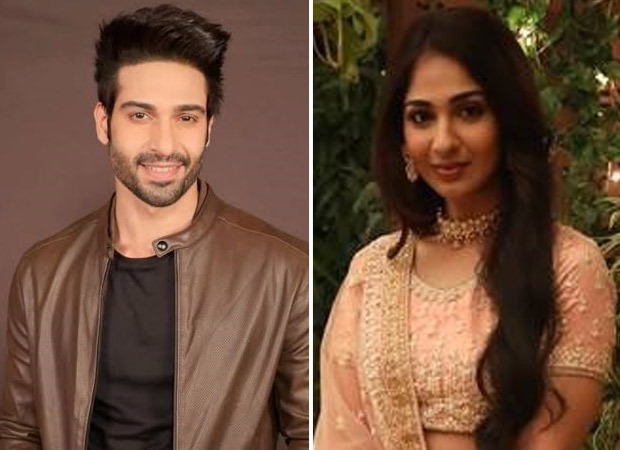 Sony TV is all set to come up with a new fiction drama Mose Chhal Kiye Jaaye. Set against the backdrop of ‘Mayanagari’ – Mumbai, the show charts the journey of a couple – Saumya Verma an ambitious and struggling TV writer, and Armaan Oberoi, a charming and successful TV producer. On the surface, their relationship seems perfect. For Saumya, her marriage with Armaan feels that of equals, with her husband supporting her ambitions but he has a deceitful side to him that no one knows of.

Recently, the star cast of the show Vijayendra Kumeria and Vidhi Pandya got into an exclusive interview with Bollywood Hungama and spoke at length about the show, working with each other again and their bond.

Before Mose Chhal Kiye Jaaye, Vijayendra Kumeria appeared as Darsh Rawal in Star Plus’ popular drama Aapki Nazron Ne Samjha while Vidhi Pandya appeared as a contestant in Bigg Boss 15. When asked about how was the break for them, Vijayendra said, “The break was quite small. Immediately after Aapki Nazron Ne Samjha ended, the look test and screen test for Mose Chhal Kiye Jaaye began. So, I feel it’s nice, who doesn’t like working back to back. So, I think I’m blessed and lucky that we are getting back to back work because of our hard work. “

While Vidhi on the other hand said, “I was lastly in a reality show and it’s great being back in the fiction space that too with a show that gives such a powerful message. I’m also filled with gratitude that I’m getting work in such difficult times. There have been various changes made due to Covid and it’s quite tough getting work during these times. So, I just feel blessed and thankful to the universe that I’m getting back to back work.”

Before this, Vidhi and Vijayendra have worked together in the show soap opera Udaan that was aired on Colors TV from 2014 to 2019. On working together again, Vidhi said, “There has been this sense of happiness and relief that we don’t have to establish a new bond or make any extra effort. since we have known each other for six years and worked together for 3 years, so we know what is our work pattern and whenever any of us improvise, the next person catches it immediately. So, it is that kind of comfort, there are many unsaid things and I’m happy that we have that understanding.”

We also asked them about one good quality of each other as co-stars. To which Vidhi revealed, “Firstly he is very easygoing and secondly, he makes me very comfortable because there are various romantic and other scenes where you get quite awkward but I feel extremely comfortable with Vijayendra because at the end he is gonna take care as a person and as a co-star.”

While Vijayendra expressed, “What I like about her is that she is a very effortless actor and naturally does her scenes. She knows her lines properly and does her job properly. For me, work comes before friendship and that is the good thing about her that she has always been a good actor.”

On the other hand Vidhi said, “It is quite the same with me, Saumaya’s character was something which I related to and never did in the past. It is a wonderful channel to work with and wonderful producers to be associated with. I really loved the kind of shows Shashi Sumeet Productions produce and always wanted to work with them. Also, it’s a great storyline, I’m not saying it because I’m a part of it. So, that made me decide to give it a try. Who would like to be part of such a story and a show?”.

ALSO READ:Divyanka Tripathi pens a heartfelt appreciation note for her beau Vivek Dahiya; says “You executed the idea of a ‘typically ideal’ Valentine”