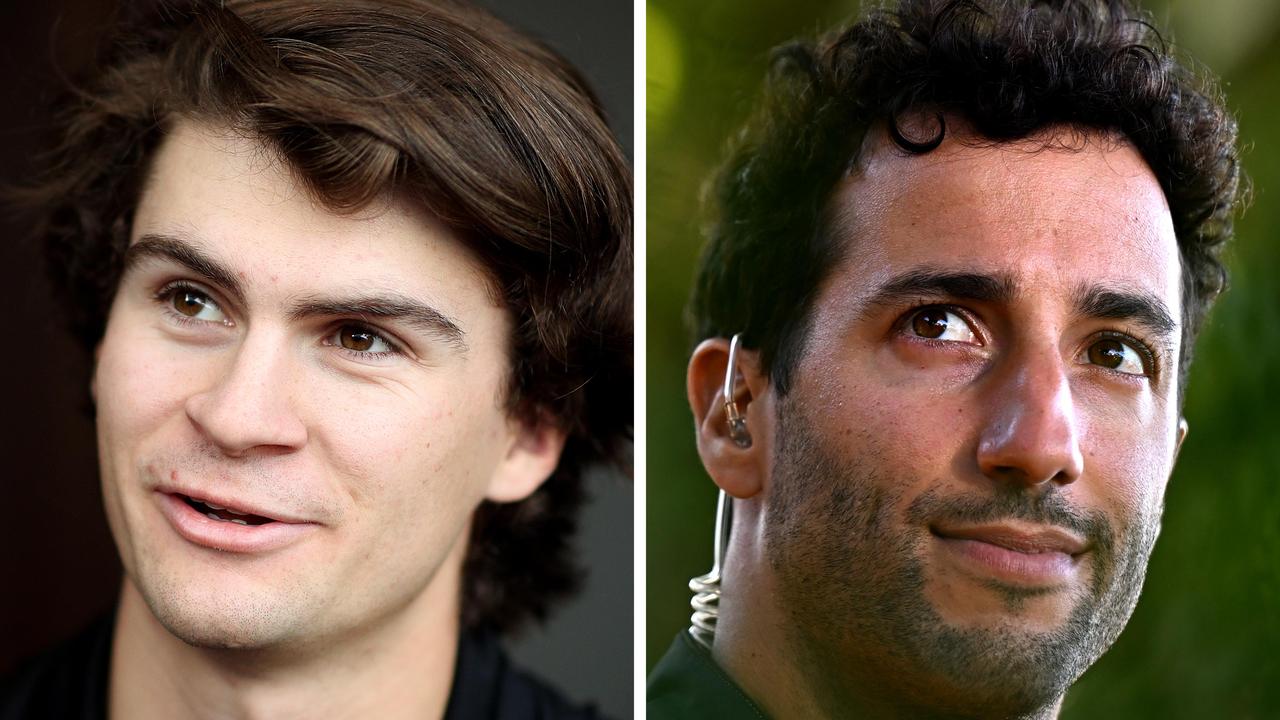 As rumours swirl about Daniel Ricciardo’s future in F1, talk has turned to the impact his potential replacement could have in the sport.

The American believed to be the biggest threat to Daniel Ricciardo’s future at McLaren says he has “serious ambitions” to become a Formula One driver.

Speculation has been mounting that Ricciardo’s F1 career could be in danger with McLaren confirming it is preparing for the long term by offering 22-year-old IndyCar prodigy Colton Herta a development contract.

McLaren CEO Zak Brown has said there is “no rush” to decide what comes next for Ricciardo, whose contract expires at the end of 2023, but internal talks will begin later this year.

“We do like to think long out, hence (we are) doing some testing … with Colton,” Brown said earlier this month.

“So I don’t think you can ever plan too early, but there’s no rush.”

Speaking on the F1 Nation podcast this week, Herta opened up on his desire to make it in F1, either with McLaren or another team.

“It is a serious ambition of mine,” he said.

“There’s a lot of things that, you know, when I am done racing, I want to be able to say that I did. And Formula 1 is pretty high on the list for one of those things, right?

“There’s a big list of different races, events, series that I want to be a part of, and Formula 1 is definitely higher up on the list than a lot of things.”

As for his upcoming test drive in the McLaren MCL35M, Herta wouldn’t reveal exactly when it would take place but said it was crucial he perform well in the test.

“I probably could (reveal the date) but I don’t know, I might get in trouble, so I’m not going to,” he said.

“But it is going to be later in the year. I can say I’m going in June to Woking (McLaren’s UK base) for a seat fit and then some simulator stuff. So I’m looking forward to that.

“Last time I was there was in 2019 … I think I did one day of sim. I didn’t really get to see the factory which I’m hoping I get a nice tour of.

“I know they’re very secretive of everything, so hopefully I can see all the bits and bobs, but yes, that’s going to be the first step. And then obviously testing later in the year, which is going to be fantastic – I’m really looking forward to it.

“You know I want to be in F1 at some point in my career, and obviously time is essential to that, so it’s going to be very important to do a good job in the test and hopefully open some doors.

“As far as I’m concerned right now, I don’t have a race seat, I don’t have a contract for one, so anything can happen. I’m hoping that if this doesn’t lead to anything with McLaren, it gets people talking a little bit. Maybe it will open a door if I can go quick enough in the car.”

Herta isn’t wishing ill on Ricciardo, but knows if the Australian’s poor form continues the door is slightly ajar for him to take his seat at McLaren.

“If (Ricciardo) continues to build, I probably won’t have that opportunity,” Herta told the Indianapolis Star.

“Obviously I’d never wish down on someone. I’m not praying for his downfall. If he does well, great for him — he deserves the seat.

“I guess it’s all in his hands for the future.”

More broadly, pundits believe having an American driver on the grid represents the final frontier of F1’s expansion into the US and “would do wonders” for the sport.

“Yes for sure,” veteran motorsports commentator Leigh Diffey said on the In The Fast Lane podcast when asked about if Herta becoming an F1 driver would catapult the sport to the next stratosphere.

“And it’s not just because he’s young and he’s good. He’s got the connections as well.

“Gainbridge had signage all around the Miami Grand Prix circuit at the weekend and Gainbridge, along with Michael Andretti and Zak Brown — obviously McLaren has offered Colton a testing program — he’s got Gainbridge behind him.

“So when you’ve got an insurance company who’s willing to write a pretty big cheque, it’s not a bad place to be in.”

“Formula One has gone out to a larger audience out in the US. We’ve got a lot bigger percentage of the population’s attention here. Now they need somebody to cheer for.

“Haas, you can hit on those parochial heartstrings by being an American team.

“But to have somebody in there, a young California kid, whose dad was a racer, his dad race tested a Minardi Formula One car many years ago — there’s those connections.

“They love Colton in IndyCar and if he could be there in (F1), I think it would be a huge step.

“Colton’s got the eyes of Zak Brown and Michael Andretti (on him) and who knows where Michael’s Formula One aspirations are going to go if they are going to allow an 11th team in.

“That aside, just Colton as a driver and if he’s on the list and they’re going to put him in there and if he tests well — I think it would do wonders and even bigger things for this country and Formula One in the United States.”

Herta is certainly doing a lot right so far. He won the Indianapolis Grand Prix this weekend and is currently sixth overall in the IndyCar standings.