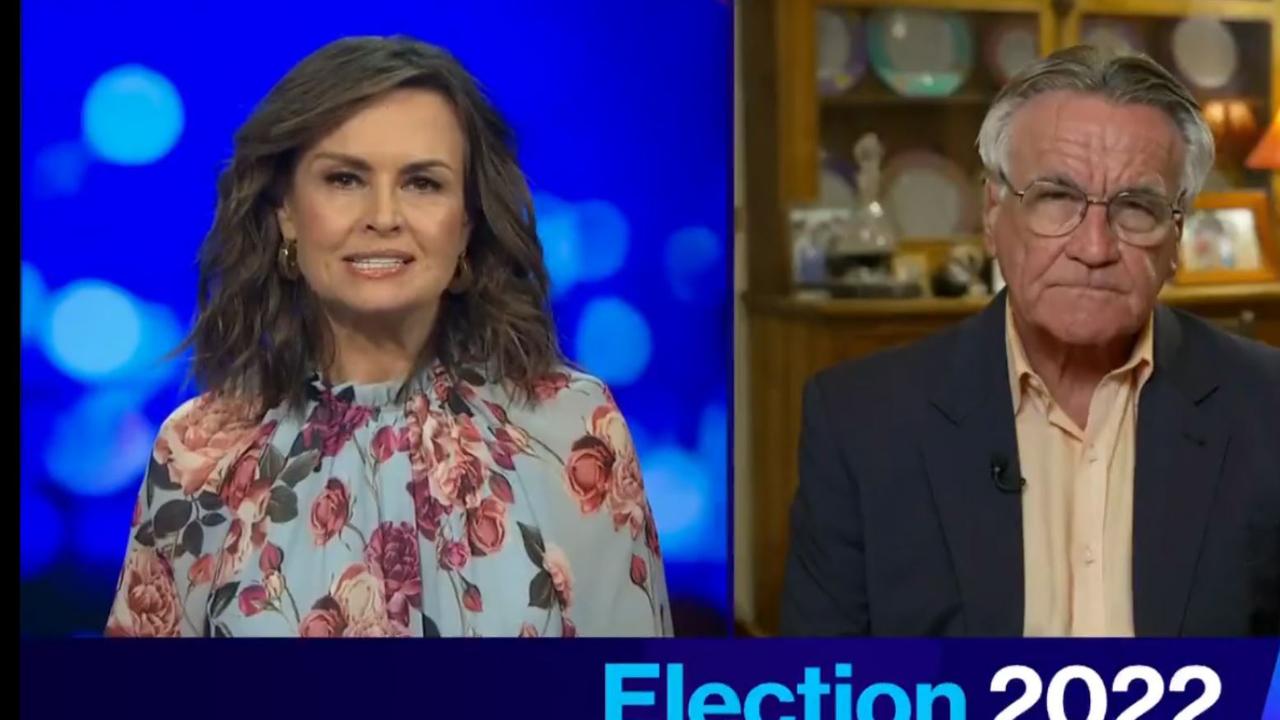 Scott Morrison and Anthony Albanese faced the cameras this evening, and it was Lisa Wilkinson who asked the question we all want to know.

And The Project host Lisa Wilkinson had one key question on her lips, which happens to be what many Australians are also pondering at the moment: is there any chance Mr Morrison could actually win this time?

“Scott Morrison has had a pretty shocking run lately he’s down in all the opinion polls, but he’s pulled off miracles before like that 2019 win that no one thought he could do,” Wilkinson said.

Political commentator Barrie Cassidy replied: “I think his chances are slim, at best. I can’t recall any government going into this election this far behind in the polls …

He said back in 2019 Morrison was popular, and he’s “not anymore” due to his handling of many recent issues and crises.

“He really has got a tough six weeks ahead of him.”

While Cassidy refused to call the election, he simply said: “I think I’ve made it pretty clear this is one hell of a task for the Government”.

The Project segment came as Mr Morrison appeared on ABC News, and when asked if the truth could be that Australians are tired of him, and not just politics, he deflected: “Well, it’s been a tough few years. People have been getting through the pandemic and Australia is now coming out of that pandemic with one of the strongest jobs records and strongest economic growth records amongst the advanced world.

“And so we now need to make a big decision, and that decision is to keep a strong economy, which means a stronger future guaranteeing the essential services Australians rely on or risking it all by going on a different path with a Labor Opposition whose economic record just doesn’t measure up.

When questioned again, he said: “This election is about the people watching right now. It’s not about any individual.

“It’s not about me or anyone else. It’s about you, who are watching, and your priorities, and ensuring that your job, your future, training for young people right across the country, the investment in the infrastructure that we’re delivering a stronger economy, delivering that stronger future. “

Meanwhile Mr Morrison and Mr Albanese featured on SBS with their key messages, with both emphasising a focus on the future.

Mr Morrison said this election is about the economy, insisting that his economic plan is “working”, citing a huge budget turnaround of over $100 billion and the unemployment rate falling to 4 per cent.

“Investments in skills and infrastructure, in the data and digital economy, in affordable, reliable energy, and particularly with electricity prices down.

“Ensuring we keep that strong plan in place to secure a stronger future is really the choice that’s before the Australian people.”

Mr Morrison said he has invested heavily in multicultural programs and “a cohesive society”.

“I remember after the Christchurch massacres, I was one of the first there at the mosques in Lakemba, with my arms around my fellow Australians.

“This has always been my approach.”

He also cited the recent Indian free trade agreement as a “massive achievement”.

When questioned about recent measures such as the New Zealeand refuge resettlement deal and the release of detainees from the Park Hotel, he said “it has taken us a long time to clean up Labor’s mess when they were last in government. They lost control of our borders.

“They had to open 17 detention centres. They put children in detention at Manus Island. We ended all that. We restored the borders.

“We got everybody out of detention and we’ve been able to find places, particularly through the United States arrangement and the New Zealand arrangement, which we’ve been working on for some years, to ensure we can clean up the terrible mess and the tragedies that occurred as a result of Labor’s border failures.”

Mr Albanese highlighted the Morrison Government’s failures, while also saying his focus in on building a stronger future for the nation.

“We need to have a better future … we need a government that addresses the challenges of the present by anticipating and creating a better future,” Mr Albanese said.

“By having more secure work, by strengthening Medicare, by making sure we take up the opportunities that are there for dealing with climate change to create new jobs in new industries.

“We need to make sure we deal with the age care crisis, and we need to address cost of living through measures like cheaper childcare and cheaper electricity prices.”

He said the focus needs to be on self reliance.

“We need to be a country that makes more things here, that is how you provide opportunity.”

He mentioned the manufacturing of trains, trams and buses in Australia, as an example, saying it would create jobs and people would benefit.

He also took aim at comments by Morrison about the deal with New Zealand.

“That (deal) was actually struck by Julia Gillard and John Key way back in 2002. This is a government that have failed to take appropriate action, in that case just left people languishing in hotels at great economic cost to taxpayers but great human cost as well.

“And just before an election they’ve discovered that position is untenable.

“ … This government aren’t delivering they’ve been there for almost a decade, they’re shooting for a second decade in office without having a real plan for the future.”