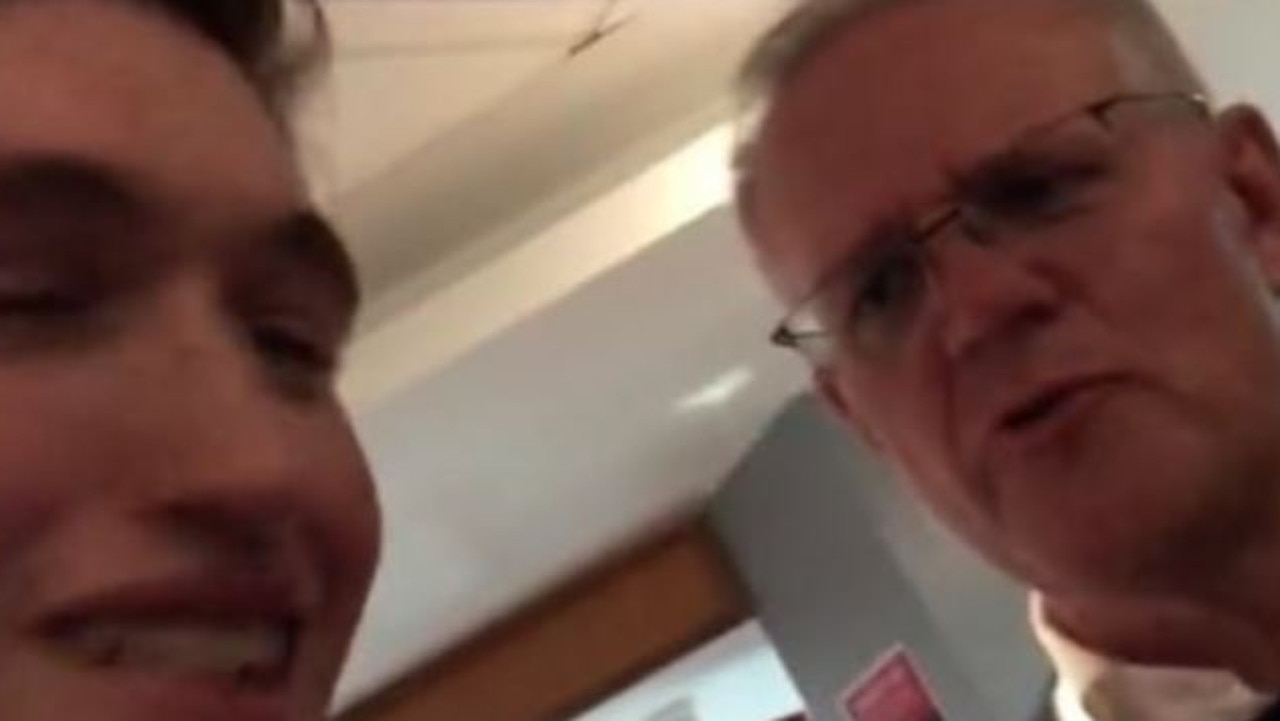 When Scott Morrison noticed a man was recording their conversation on the sly, things took a sudden turn.

Scott Morrison has been confronted by an angry resident at a private event, with the exchange caught on tape.

The Prime Minister was enjoying drinks with the media in western Sydney on Tuesday night when the event was gatecrashed by a man, who later shared a video of the incident on TikTok.

The man – who is a strong supporter of the Labor party on his social media accounts – is at first polite with the Prime Minister, and asks him if he may ask him a question.

The PM seems sceptical, asking if he is a member of the press pack.

He admits that he is not a journalist and says he is a local whose friend works on the bar, but the Prime Minister still agrees to take his question.

However, when Mr Morrison notices that he is recording the conversation on the sly, things take a turn.

“Why are you recording?” the Prime Minister asks, telling the man it is a “private event”.

As Mr Morrison walks away, the man starts shouting.

The man then walks out of the function, closely followed by a man claiming to be a police officer.

Mr Morrison hasn’t had much luck with angry locals during the opening days of the election campaign.

Last week Mr Morrison was confronted by a local at a pub on the outskirts of Newcastle.

Ray Drury, 73, pointed his finger at the Prime Minister as he berated him during a meet-and–greet at the Edgeworth Tavern.

Mr Morrison politely hearrd the man out, before the pubgoer was escorted from the venue.

And protesters wearing Hawaiian shirts greeted him on a stop in Culburra, on the NSW south coast, while chanting: “I don’t hold a hose mate.”

The line refers to Mr Morrison’s decision to go on holiday in Hawaii during the bushfire crisis in December 2019.