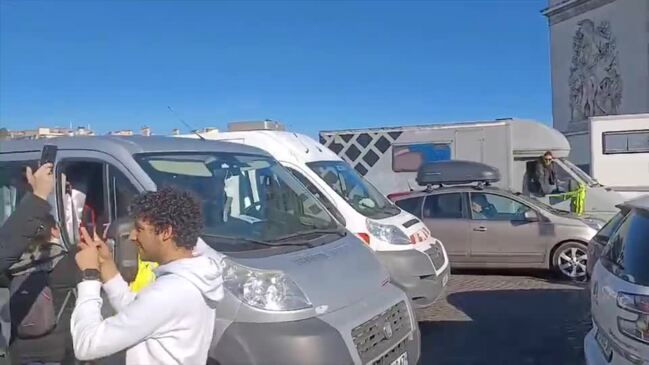 Traffic was brought to a standstill for a time and gas was deployed near the Arc de Triomphe in Paris on Saturday, February 12, during blockade protests inspired by Canada’s ‘freedom convoys’. The protests, named the Convoi de la Liberte, are demonstrating against the country’s COVID-19 vaccine and health rules. At least five people were arrested, hundreds of vehicles intercepted and 283 fines handed out by police by midday on Saturday, Le Parisien reported. This footage shows part of the protest at and near the Arc de Triomphe. Credit: Thomas Rannou via Storyful