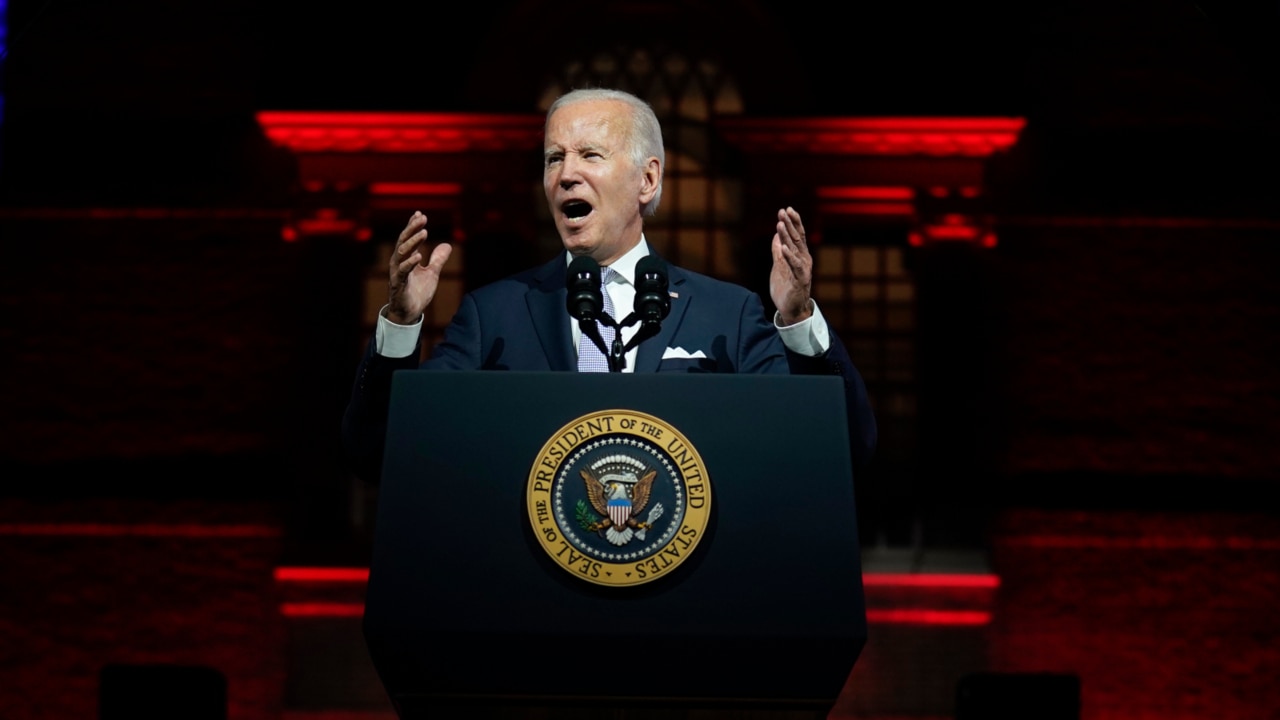 US President Joe Biden decided to demonise tens of millions of Americans on national TV as enemies of the state, Sky News host James Morrow says.

Mr Biden in a Philadelphia prime-time address last week branded former US president Donald Trump and MAGA Republicans as a representation of “extremism” threatening the foundations of the republic.

Mr Morrow said Mr Biden’s speech was “such an exercise in gaslighting that if you attached a pipeline to it, the thing could have solved Europe’s energy crisis”.

“Joe Biden tried to bring the nation together by accusing millions of his fellow countrymen of being violent traitors.

“This speech was demagogic, ugly, calculated to foment dissent within America and push a fraying society closer to open conflict.”