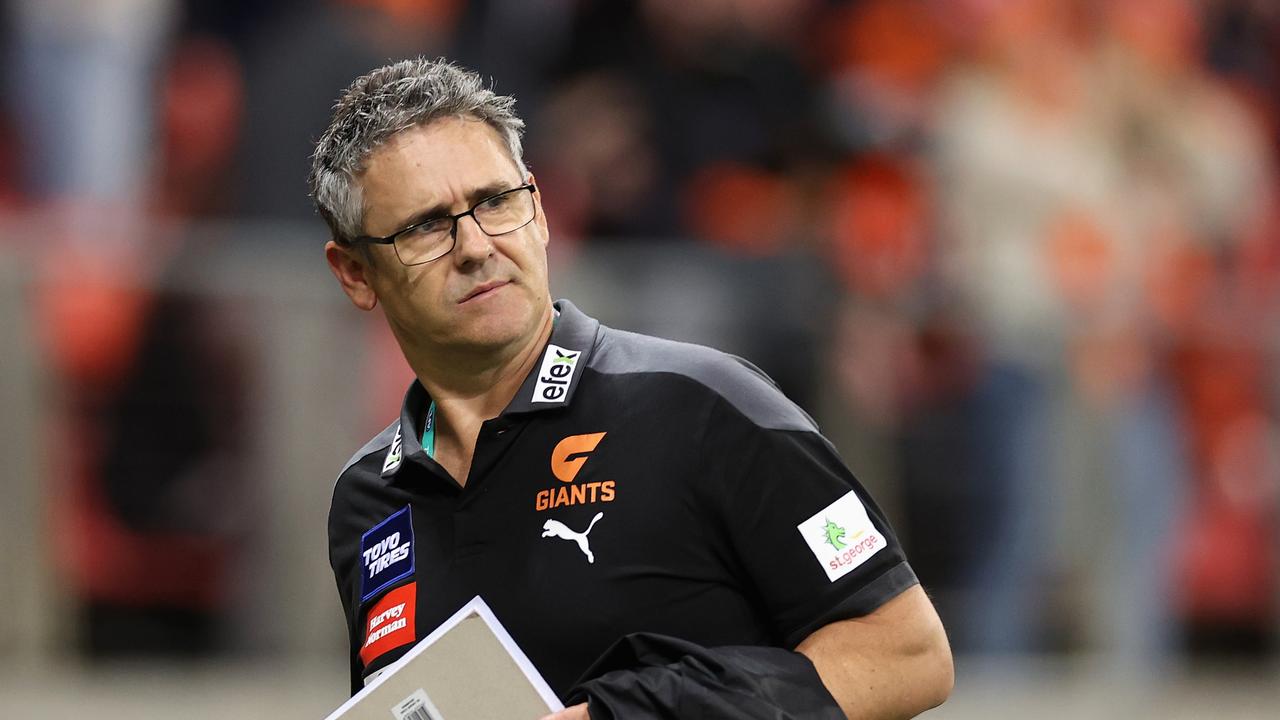 GWS Giants coach Leon Cameron has put speculation about his future to bed by deciding to walk away after one more game in charge.

Leon Cameron is stepping down as GWS Giants coach midway through the season.

He will oversee his final game against Carlton this weekend before walking away, with assistant coach Mark McVeigh to take over for the rest of 2022.

There has been plenty of speculation around Cameron’s future after it emerged earlier this year contract talks with the Giants had been put on hold.

Former Hawthorn coach Alastair Clarkson’s name has been thrown around as a possible replacement for Cameron at the AFL’s newest club.

The four-time premiership mentor has been absent from clubland this year after being moved out of Hawthorn at the end of last season, replaced by Sam Mitchell, and is said to be weighing up his next coaching gig.

There was also debate in the footy world earlier this year about whether James Hird, who joined the Giants as a leadership adviser at the start of the year, could be primed to take over from Cameron should the club look to make a change.

Cameron’s contract was going to expire at the end of 2022 but he has decided to walk before he was pushed.

The 49-year-old said in April he wouldn’t allow uncertainty over his future to faze him or impact the Giants after contract discussions were delayed until the end of the year.

“I’d love to sit here and say we’re going to win the next 18 in a row, then I’d be a genius, but we know there’s going to be speculation,” Cameron said at the time.

“That’s always going be there. It’s heightened when you lose, when you lose poorly or you lose a couple in a row, but that is what it is.

“I’ve been dealing with that for a number of years.

“In this job you’ve got to be able to deal with what comes your way in terms of that scrutiny.

“It’s a high-pressure job and one that I enjoy, but by the time we get around to the weekend I’m fully focused on footy, so that doesn’t bother me.”