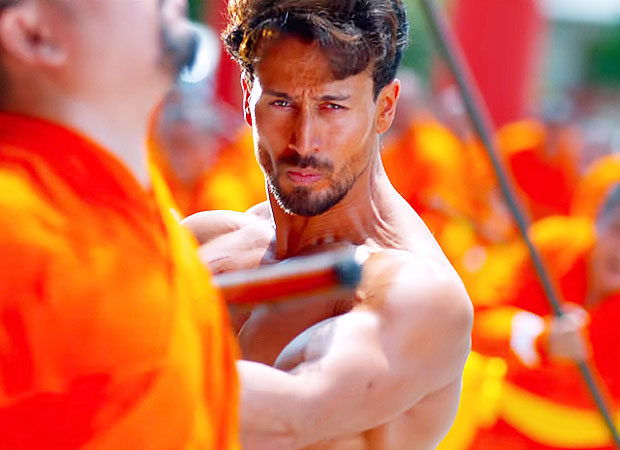 Tiger Shroff’s Heropanti 2 has taken a slow start at the box office, especially at the non national chains and the single screens. The movie has collected around Rs. 7.50 to 8 crores on its opening day according to early estimates.

To everyone’s surprise, the film has done well at the three national chains (PVR, Inox, Cinepolis) with non national chains and single screens staying dull through the day. The Tiger Shroff film clocked an occupancy of 25% on the opening day, and the trade was expecting much better results from the film. Ideally, an action film like Heropanti 2 should have had maximum business coming from single screens and non national multiplexes, but in a miraculous turn of events, it is the three national chains that have contributed more than 65% to the total opening day business.

There was a certain amount of bulk booking for day one but that too hasn’t helped the film touch the double digit mark. The opening is much better than its competitor Runway 34 and this opening also gives Heropanti 2 a shot at growing over the weekend. The day one can be slightly higher or lower depending on where the final figures at national chains land, but the analysis of data at the national chains and single screen indicate a low opening in the range of Rs. 7.5 to 8 crore for this Tiger Shroff-Tara Sutaria film. A commercial action film like this should have ideally opened in a double digit range setting the platform to explode on Eid.