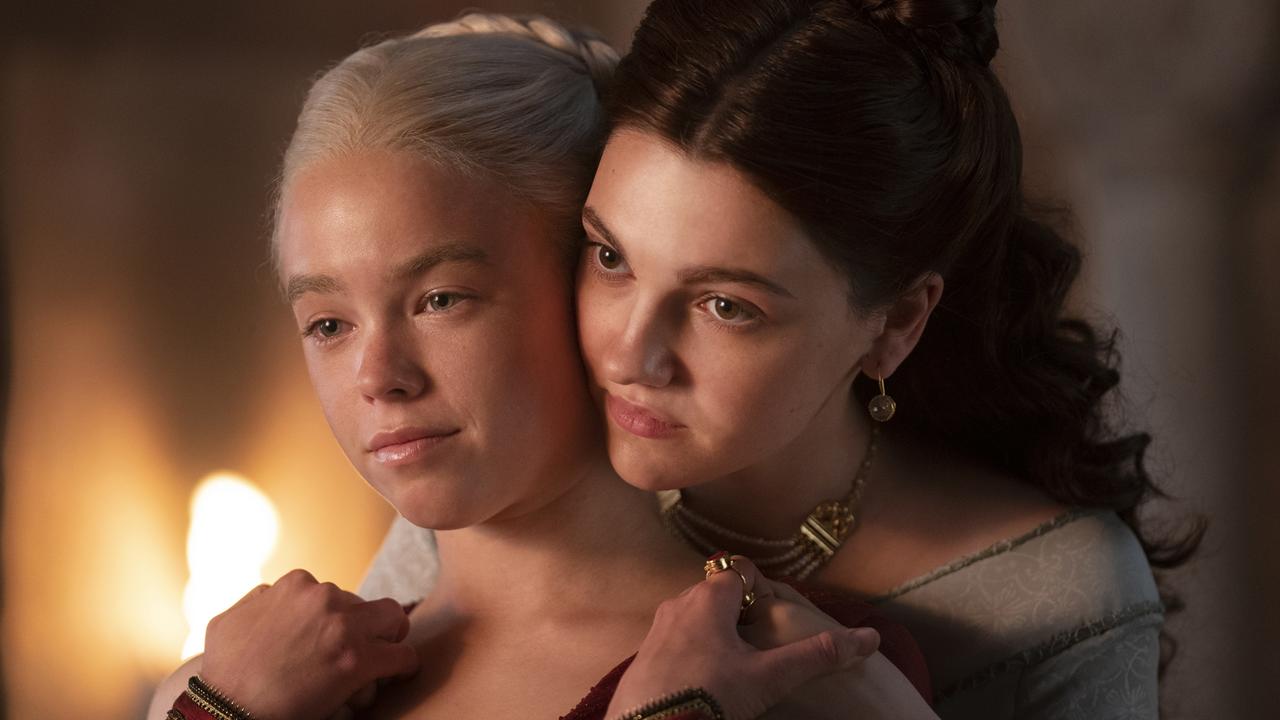 Are you pumped for House of the Dragon, the Game of Thrones sequel?

If you were a devoted fan of the original series, and you’ve had a Westeros-shaped hole in your heart that no amount of rewatching has managed to fill, then there’s a lot to like in this new instalment.

There’s gory violence, scheming characters and more political betrayal than even Scott Morrison’s party room. It’s more than enough to transport you back to that immersive world of warring great houses, power grabs and the fiery burn of dragon fire.

House of the Dragon – which premieres at 11am today on Binge and Foxtel – is created by Ryan J. Condal and George R.R. Martin and the series also counts as a showrunner Miguel Sapochnik, one of Game of Thrones’ well-regarded regular directors.

Sapochnik’s involvement – and a sizeable $US200 million season budget – means House of the Dragon boasts the high-end production values you expect. Its scale is impressive and yes, apparently more dragons (17 of them!) is better than just three.

Set 200 years before Game of Thrones, the story tracks the fall of House of Targaryen, Danaerys’ ancestors.

It begins with the question of King Viserys I’s (Paddy Considine) succession, a choice between his ruthless brother Daemon (Matt Smith), his headstrong daughter Rhaenyra (Milly Alcock/Emma D’Arcy) and any future male children.

It’ll eventually lead to the Targaryen war, Dance of the Dragons, over its upcoming seasons, and explains why dragons have been extinct for so many years by the time Game of Thrones begins.

It’s like Succession, but with dragons and a lot more literal violence, as opposed to the emotional violence in Jesse Armstrong’s biting drama. Actually, there’s a fair amount of emotional violence in House of the Dragon too. Audiences have a real masochistic streak when it comes to spending time in the company of vicious people.

Stream House of the Dragon from August 22 on BINGE. New customers get a 14-day free trial and start streaming instantly. Sign up at binge.com.au

The question at the top was are you pumped? Because that’s really going to inform how much you inhale House of the Dragon.

Based on the first six episodes made available for review, this is a series that will meet your expectations – it’s just those expectations vary from fan to fan.

If you’re someone who has been frothing for more Game of Thrones, then this will more than satiate. In some ways, this is the unadulterated Game of Thrones of the early days – and with one primary storyline, it’s more focused that those fractured middle seasons.

But if you’re a reluctant returnee, House of the Dragon won’t disappoint but it also won’t spur a 180-degree change of heart.

All the things you like about Game of Thrones is here – the keenly observed dynamics of ambition and self-serving interest, well-choreographed battles and strong performances (particularly from Smith and Alcock whose command of their characters’ excesses and nuances elevate them above a talented ensemble).

But all the stuff that can frustrate is here also – the uneven pacing and the over-reliance on gratuitous sex and a penchant for Grand Guignol levels of violence and blood which risks overshadowing everything else the show is trying to accomplish and adds no new insights about the brutality of human nature.

The thing about Game of Thrones – and now House of the Dragon – is after the first couple of seasons, the show became much more than the series itself.

It spawned a whole internet subculture in which every character, plot point and line of dialogue was parsed and dissected for greater meaning. A huge part of the experience of watching Game of Thrones was the contemporaneous discourse around it – the two became inseparable for anyone who was watching it in the moment.

But that also made it more exhausting than your average fandom, and when the final season didn’t deliver on some stratospheric expectations, it had a collective, supercharged deflating effect.

Many fans felt burnt by the show and three years off isn’t really enough to recover from it. House of the Dragon feels both too soon and too late.

Too soon in that not enough time has passed for it to shed the baggage of that maligned final season or to create enough distance from what was a taxing nine-year odyssey. It’s also not yet able to hit on a nostalgia sweet spot like the upcoming Lord of the Rings prequel can.

And it’s too late in that it can’t ride in the slipstream of the original series. That momentum is gone and in the intervening pandemic years, viewers stuck at home have moved on to 26 other TV obsessions.

House of the Dragon will deliver exactly what you expect of it – it’s just a matter of what do you want it to be?

House of the Dragon is on Binge and Foxtel* from Monday, August 22

*Foxtel and Binge are majority owned by News Corp, publisher of this website