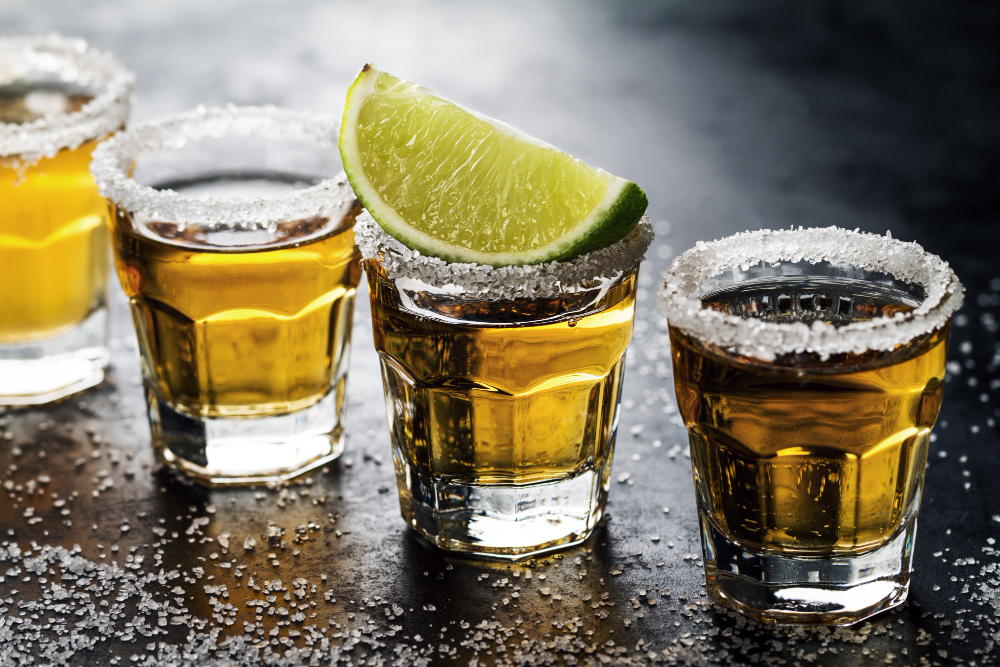 Raising a glass after a hard-earned ride is often how cyclists celebrate their miles. And while most things are fine in moderation, there’s no clear formula to determine how quickly you metabolise booze before you get back on wheels. This can lead to sketchy circumstances, even in the hangover phase.

“Your body works to break down and metabolise alcohol in the bloodstream. The more drinks you have, and the higher the percentage of alcohol, the longer it takes to rid your body of that toxin, which deposits in the organs and causes them to be temporarily dysfunctional,” explains William Cornwell, M.D., a cardiologist and the director of the sports cardiology program at the University of Colorado Hospital in Aurora, Colorado.

How will that affect your performance? Let us break down how alcohol impacts the body and therefore, your rides.

Hangover Symptoms and How They Reduce Safety

Be wary of “hangover cures” like downing a greasy meal, consuming electrolytes, getting IV treatments at a wellness spa, or hopping in a cold shower. There’s no science-backed method to speed up the body’s recovery from a night (or day) of drinking.

So if your body is still metabolising alcohol, or if you’re in the hangover phase, a ride isn’t the safest choice, says Cornwell.

“The risk of injury when exercising shortly after acute alcohol exposure grossly exceeds the potential benefits of ridding your body of alcohol on a ride,” he says. This is especially true if your ride is in a remote location without access to help if you do fall from disorientation, vomit, or become severely dehydrated.

However, each person metabolises alcohol at a different rate influenced by genetics, quantity, and potency of the alcohol, and amount of food in the stomach, reports the National Institutes of Health. The body can also adapt to alcohol exposure and handle a greater or lesser quantity over time.

“The hangover is so complicated—some people get reliably bad hangovers, some people never get hangovers, and hangovers are not well understood,” from a scientific perspective, says Michael Fingerhood, M.D., director of the division of addiction medicine and an associate professor of medicine at Johns Hopkins Medicine.

Hangover symptoms can vary, but they range from general fatigue, sweating, and increased blood pressure, to nausea, headaches, thirst, weakness, and vertigo. Other symptoms include anxiety, irritability, muscle aches, vomiting, increase sensitivity to light and sound, and shakiness.

How Alcohol Travels Through the Body

Once alcohol reaches the liver, enzymes work to break it down. It then gets converted into a short-lived substance known acetaldehyde—a toxic chemical. The acetaldehyde is then converted by another group of enzymes into acetate, according to the National Institute on Alcohol Abuse and Alcoholism.

The blood circulation system transports the alcohol throughout the body including to tissues, the central nervous system, organs, and skeletal muscle.

That said, “If you did a blood test on a person with a hangover, you wouldn’t find any particular deficiency or abnormality,” adds Fingerhood, which is why you shouldn’t necessarily rush to a wellness spa for an IV treatment loaded with electrolytes or vitamins to address a hangover.

Hangovers are still somewhat mysterious in the medical world but exist due to many imbalances caused by alcohol consumption: the disturbance of biological rhythms, sleep, and gastrointestinal health, as well as low blood sugar, low electrolytes, and dehydration.

Those imbalances are caused by the physiological effects of alcohol on the organs and the compounds produced during the metabolism of alcohol, especially acetaldehyde. Other causes include withdrawal and variables such as lack of food and sound sleep, according to a paper in Alcohol Health and Research World. This research also says that alcohol promotes dehydration thanks to its diuretic properties.

In other words, alcohol is not ideal to consume during periods when fluid replacement is a cyclist’s priority, such as after or before exercise or on a hot day when the rider is already lacking water or at risk of dehydration.

Your Brain and Mental State on a Hangover

“The brain cannot tolerate excessive amounts of alcohol,” explains Cornwell. “When your cognition is impaired, your reaction time is slowed down and visual acuity declines, which can be dangerous,” for anyone, but especially cyclists out on the road who need to be vigilant of their surroundings. Even during a hangover, an individual’s muscle coordination, ability to make decisions, performance, and attention can be dangerously low, reports the National Institute on Alcohol Abuse and Alcoholism.

If a cyclist’s cognition is still impaired while pedalling at high speeds—even, say, 20 to 25 km/h —that could easily lead to an accident with traumatic injuries, notes Cornwell.

In fact, of all the organs, “the brain is probably the most impacted by alcohol; even low amounts can impact reaction times and reflexes. Lots of studies show that no matter the age of the person, there are complex skills that are processed slower and impacted with any amount of alcohol,” explains Fingerhood. However, exactly why and how alcohol affects the brain is not well studied, he adds.

Some evidence points to the fact that the toxic substance spikes the metabolism of glucose in the cerebrum of the brain, effectively stealing the main energy source for nerve cells, resulting in mental fatigue, according to Drugs in Sport.

Otherwise, the brain is also influenced by sleep. Research shows that alcohol can not only shorten how many hours of sleep you get, but also and negatively affect your sleep quality. It may also diminish the positive effects that exercise has on sleep.

“Alcohol adversely interferes with your organs including your brain as you go through the phases of sleep, decreasing the quality of sleep and diminishing the length of time you get good quality sleep, which contributes to why people sometimes feel the hangover the next day,” Cornwell says.

“After drinking an excessive amount of alcohol, your drive to breath slows down,” Cornwell explains. A range of symptoms can follow sleep apnea, in which breathing stops in the night, such as a morning headache, irritability, and dry mouth.

People often ask Fingerhood if hangover effects can be overcome by caffeine. His short answer: no.

Your Organs and Hormones on a Hangover

In addition to affect your brain, alcohol consumption and the subsequent dehydration and hormone disruption impacts many of the body’s organs, including the liver, pancreas, kidneys, and digestive system.

Because alcohol can irritate the lining of the stomach and intestines and slow digestion, according to the Cleveland Clinic, it can lead to that feeling of nausea.

Also, as kidneys work to remove waste from the body, alcohol disables their ability to filter blood and regulate fluid and electrolytes. (Frequent urination can also throw off your electrolyte balance and generally affect cell and organ function.)

Alcohol effects several neurotransmitters and hormones—including histamine and serotonin—that play a role in the occurrence of headaches, according to Alcohol Health and Research World. Alcohol also interrupts the body’s circadian release of growth hormone, which aids bone growth and protein synthesis, according the same research paper.

Also, alcohol leads to inflammation throughout the entire body, according to the Cleveland Clinic, which can wreck havoc on any part of your system.

Your Muscles on a Hangover

Given that the liver is on an overhaul to rid the body of toxins, there’s a delay of clearing out lactic acid, which can increase the possibility of cramps, as well as a decline of strength and power, according to the Irish Nutrition and Dietetics Institute. Also, muscle growth can be hindered through the disruption of sleep patterns.

In terms of training, it’s clear that if you want to get stronger and build muscle, alcohol can negatively impact those goals. “If you were looking to get stronger and faster, having a drink a day isn’t good for building muscle,” says Fingerhood, who points to one study published in the peer-reviewed journal PLOS One, regarding how alcohol impairs post-exercise protein synthesis. According to the report, alcohol ingestion suppresses anabolic response in skeletal muscle and subsequently can hinder recovery and adaptation following training, as well as performance.

However, while muscle aches, as well as cramps and shaky proprioception, are common for those experiencing a hangover, more research is needed to determine exactly why, according to a study published by the School of Exercise and Nutrition Sciences at Deakin University.

How Much Alcohol Is Too Much

“Personality changes are one of the first signs of an altered mental status, and that’s one drink for some people. Keep alcohol intake below that threshold,” Cornwall suggests.

His advice? Avoid hard liquor—which has higher alcohol content than, say, beer—especially before or after a race or rigorous training ride, when the body is already very susceptible to dehydration.

Aim to consume “one to two drinks, at most, of a mild beverage. Going to extremes further impairs the body’s ability to recover, and impaired cognition can lead to electrolyte abnormality and a fall or injury from impaired cognition,” says Cornwell.

Ultimately, if you partake in the party, consider holding off on your next ride until you’ve fully recovered, when your hangover symptoms have dissipated, and you feel healthy again. Cornwell suggests hydrating well with water and fluids, and Fingerhood says to drink an electrolyte-enriched beverage, to get back to homeostasis before hopping back on your wheels.