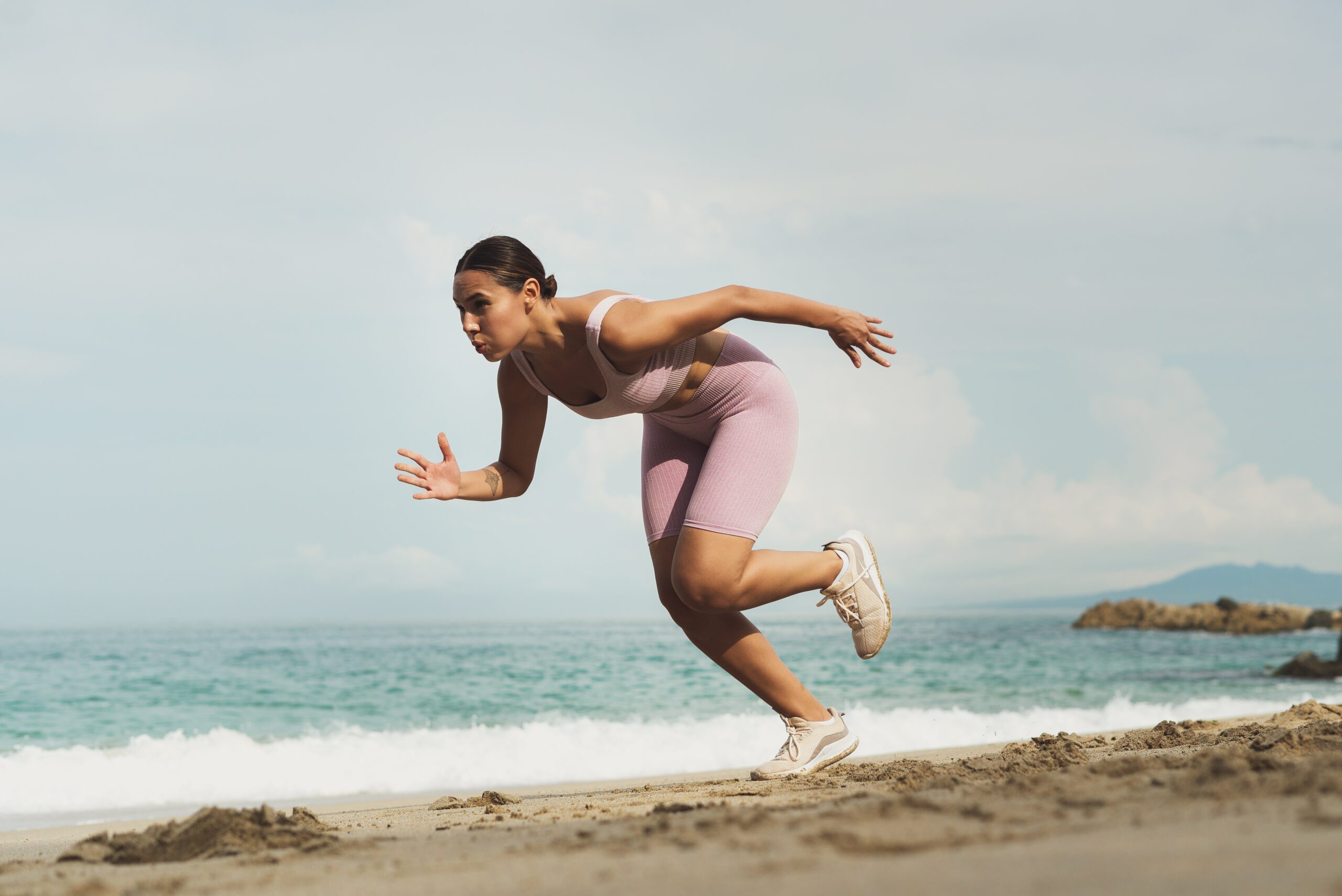 On a physiological level, intervals improve your body’s oxygen uptake abilities (a.k.a. your VO2 max), according to a 2015 study published in the journal Sports Medicine, so your working muscles can use that oxygen more efficiently and running will feel easier at a given intensity level.

Interval training also leads to greater mitochondrial adaptations compared to continuous training, 2017 research published in the Journal of Physiology found. Your mitochondria—the powerhouses of your cells—produce aerobic energy, which powers the majority of endurance running.

Intervals are also proven to make you faster over time: Trail runners who did interval training for six weeks ran 5.7 percent faster in a 3,000-metre track test in a 2018 study published in the Journal of Strength and Conditioning Research. As your body gets used to maintaining faster paces for shorter periods, holding that pace for longer efforts will start to feel easier.

But not all intervals are created equally. Short intervals help you develop muscular strength and power, while longer intervals train your body to better buffer lactic acid, so you tire less easily, explains Danny Mackey, head coach of the Brooks Beasts, one of America’s premier middle-distance track teams. Treating every interval like an all-out sprint can tank your workout from the first rep. On the other hand, figuring out how to properly pace a speed workout can feel intimidating. These tips will help you find your footing.

How to Figure Out Your Interval Run Pace

In general, the shorter the interval, the faster your pace (the same way you’d run a 5K faster than a marathon).

Many training plans use race paces as reference points for intervals. For shorter intervals, you might aim for mile or 5K pace, while longer intervals call for half marathon or marathon pace. If you’ve raced those distances, that’s easy enough to figure you out. You can also pull your average kilometre pace for any recent race distance and then use a pace calculator to determine your other race paces.

But if you’ve never raced, that’s okay! “The talk test is a good gauge for new runners with no time history,” says Marnie Kunz, a USATF- and RRCA-certified run coach. “Intervals should be hard enough that you can’t carry on a conversation, while your recovery efforts should be at a conversational pace.”

When you’re ready to get more specific with your interval pacing, you can do a time trial or benchmark workout, says Kunz. It’s basically like doing a race minus the race environment. During this type of run, you choose a distance—say, a kilometre—and then attempt to run it as fast as you can. Then, you can use that pace to determine interval paces.

Reminder: Those race or benchmark paces are a measure of your current fitness. So if you’re looking to hit a goal pace in a certain race, that’s your starting point, says Mackey. “You start where you’re at, and [throughout training] you’ll start noticing that hitting that pace feels easier,” he says. That’s when you start going faster.

That said, it’s a lot easier to run a 400- or 800-metre effort at your 5K pace than a whole 5K—so you can set a goal pace at which you run your intervals that’s a little faster than your average time, says Kunz. For example, if your current 5K personal best is a 4:30 average pace, your 5K goal pace for intervals may be a 4:20. When those 5K repeats at 4:20 feel less intense, it might be time to extend the length of the intervals for that pace.

How to Actually Stick to Those Interval Paces

The point of intervals is to stay consistent—if you run at an all-out sprint for one interval and then go twice as slow for the others, that pretty much defeats the point of the workout, says Kunz. “The biggest mistake runners make is going out too fast,” she says. “It’s better to start a little slower and get slightly faster with each interval.” That goes for within each interval, too—you want to eeeease into it instead of kicking things off at your top speed and slowing down from there.

FYI, that also applies to recovery periods. How long you recover will depend on the type of workout you’re doing. A general rule of thumb is to recover for half or the same amount of time as the work itself (i.e. 200 or 400 metres after a 400-metre interval). If you’re looking to start each effort as close to 100 percent as possible, your heart rate should come down to under 120, or about 60 percent of your maximum heart rate, during recovery, says Mackey. Shorter recoveries ramp up the intensity of the workout because they don’t give your heart rate time to drop.

To make sure you’re not starting out to fast and giving yourself proper recovery, try these tactics for sticking to your interval run goal pace:

“If you’re not sure if you’re going hard enough, give it a month and see what you learn about your body,” says Mackey. “It’s uncomfortable to be training at those higher RPEs, but I guarantee you’re not only getting more fit, but you’re going to be able to better handle those more intense efforts.”

On the flip side, you can turn to tech to help you stay on pace. Certain running watches—like most Garmins —actually let you program a workout, including goal paces, in their partner apps. When you sync it to your watch and start running, the watch will beep or buzz during intervals to alert you as to whether you’re going faster or slower than your goal pace.

However you track your interval run pace, you shouldn’t feel totally gassed at the end of a workout. “You don’t get more fit from running all out versus running steadily hard—the line between a 10 out of 10 over effort versus an 8 out of 10 is really, really thin,” says Mackey. “Going all out in a workout is just going to make it harder for you to recover—and you’re putting yourself at risk of overtraining or getting hurt.”

It’s very rare that the pros are picking themselves off the track, he adds—which means you shouldn’t feel entirely depleted at the end of an interval session, either.

The best way to end an interval session is to feel like you’ve got just one or two more reps in the tank, he says. That’s a pretty good indication that you put in the work, but will be ready to hit the ground running again in another 24 to 48 hours.