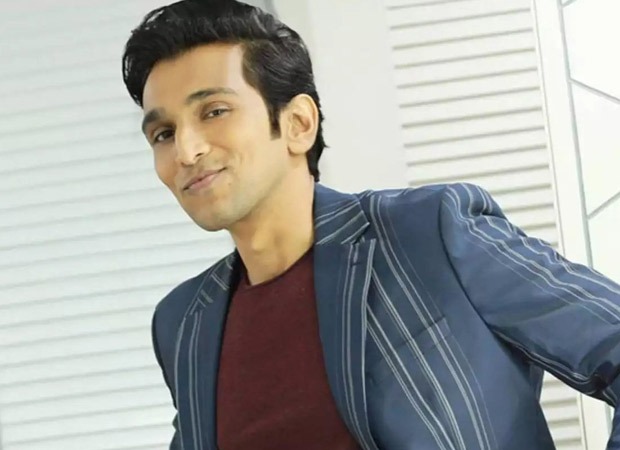 Scam-star Pratik Gandhi feels the year gone-by was an eye-opener for him. “2020 gave me fame after Scam 1992 and the fruits of that fame started coming in 2021 in terms of mainstream Hindi films, web series and all the awards, approximately 10-12 awards, for Scam. So I would say 2021 was year of rewards for me.

But then came the downside. “After Scam 1992 the amount of people who were interested in my work multiplied manifold. But then, 2021 showed me the other side. If Scam showed me massive adulation in 2019, my Hindi release Bhavai in 2022 showed me the other side of success.” Pratik says 2021 made him a wiser man. “It showed me how success and failure are two sides of the same coin. I know I’ve a lot more to learn. And I think now I am more prepared for both the ups and downs.”

Pratik agrees Scam 1992 is a hard act to repeat. “As I come from a theatre background I would love to play the same character again and again and would love to find newer nuances every time, but that’s doesn’t happen in films and series. But one thing is for sure, something like Scam happens once in a blue moon where all the departments excel together, where everyone in the team with same energy delivers their best.”

2022 says Pratik, is completely packed for him. “I am just hoping that the pandemic situation would settle down, so we can all get back to working the way we want to. This year I also want to do a play. I want to do a lot of stage shows which I couldn’t do last year because of the pandemic.”

With cinemas in a state of suspension Pratik feels the OTT is the only way ahead. “Looking at the situation the world over, the OTT would have to be the major source of entertainment the world over for actors and audiences. Having said that, I am also of the opinion that movie theatres are not going away anywhere. This could be the worst situation the theatres are going through. It can only get better from here. The same is true of life in general. I so want to go out there and perform on stage. And I so want my movies to release in theatres. But for the time being that isn’t happening.”

It’s been nearly two years of the pandemic. Pratik admits it has changed his life irrevocably. “The last two years have taught a lot of things to the whole world. The one lesson that the pandemic has taught me is, you don’t need too many things in life. We were running after the most irrelevant things in life. Back to basics, is what I’ve learnt. I’ve now adopted a minimalist attitude to life. In fact I practiced this minimalist policy on stage all my life. When you are on stage performing it’s just you and the audience. I am now applying the same minimalist attitude to my life.”

There was also the plus side to the pandemic for Pratik. “Although it played havoc in everyone’s lives, the lockdown also meant that people stayed home and watched me in Scam. So the pandemic was a scam-demic for me. What I missed the most were my friends and loved ones. Before the pandemic I avoided get-togethers because I was tired or just lazy. But now I realize what I was missing out in life. After this ordeal is over I have promised myself to not miss out on the little joys of life.”

Have Scam, and the non-performance of Bhavai, made Pratik more choosy? “Post the success of Scam 1992 my criteria of selection has not changed. I thought a lot about it. What I have concluded is, I still want to do the scripts that I have a gut-feeling about. I did the same earlier also. If I feel a script is not going to offer me anything challenging and if I feel it won’t give me anything new to offer to the audience, then I don’t want to do it. Period.”

He is excited about his forthcoming projects. “There is a web series with Tigmanshu Dhulia and my film with Vidya Balan with whom I’m working for the first time. I am also excited about a film titled Do Bigha Zameen which is co-produced by my Scam director Hansal Mehta. Right now I am shooting for Woh Ladki Hai Kahan with Taapsee Pannu.”

Who are the directors on Pratik’s wish list? “There are many directors on my wish-list. Two of them Hansal Mehta and Tigmanshu Dhulia I’ve already worked with. To name a few others: Zoya Akhtar, Anurag Basu, Anurag Kashyap, and Mani Ratnam. I’ve seen their works and I am dying to work with them. The one genre that I’d like to explore is action. I haven’t done any action film. So it’d be interesting to do one. Drama of course I always love.”

Finally, Pratik’s dream role? “I would love to play the Amul man of India, Dr Verghese Kurien. And I’d love to play Sanjeev Kumar in his bio-pic. He is the one actor I love the most.”