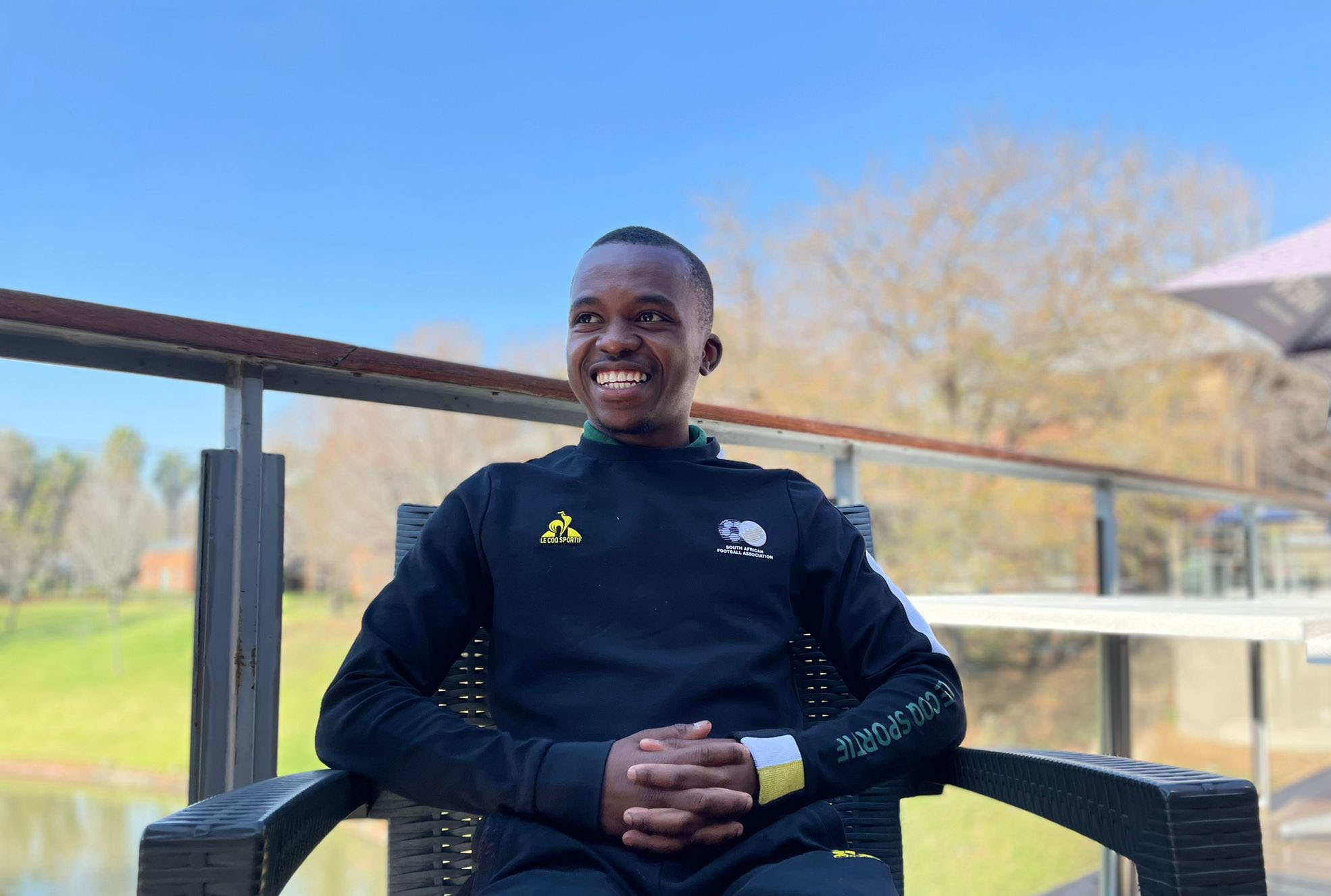 4 July 2022 – Katlego Mashigo says his call-up to the Bafana Bafana squad came as a pleasant surprise, adding he now wants to repay coach Helman Mkhalele’s trust with some good performances at this year’s COSAFA Cup tournament.

Mashigo, who helped Portadown FC survive relegation from the Irish Premiership after signing with them in January, is no stranger to the South African national team setup having previously played for the national Under-20s (Amajita) at the 2019 All Africa Games in Morocco.

In that tournament he served under the stewardship of coach Mkhalele, who is now in charge of this year’s Bafana Bafana COSAFA squad.

“I was very surprised when I first saw that I got called up to the Bafana Bafana squad,” Mashigo said. “I then remembered that this was due to the hard work and dedication I have been putting in at my club Portadown since last season. I worked with coach Helman Mkhalele before at the 2019 All Africa Games Morrocco edition. Everybody knows who coach Helman is and what he has achieved during his playing days. And to be tracked and roped into the senior national squad by somebody of his calibre, it truly is both an honour and humbling. I just want to repay his trust by doing well for the team, play as many games as possible and help the national side to defend their COSAFA Cup title.”

Bafana Bafana are currently in camp in Johannesburg, and will travel to Durban on 10 July ahead of their quarter-final tie against Mozambique on 13 July.

That match will take place at Princess Magogo Stadium at 17h00.

Meanwhile, Mashigo said he was grateful to have penned a one-year contract extension with Portadown, adding they are yet to see the best of his football in that side of the world.

“I came to Portadown in January and it was coach Paul Doolin (former manager at Athlone FC) who ringed me to join him on that side,” Mashigo said. “I got some proper gametime after signing with them, featuring in 11 matches and also helping the team to survive relegation. I have now penned a one-year deal with them and my goal is to offer more to the fans of what I call the little glimpses they got to see of what I can really do, last season.”