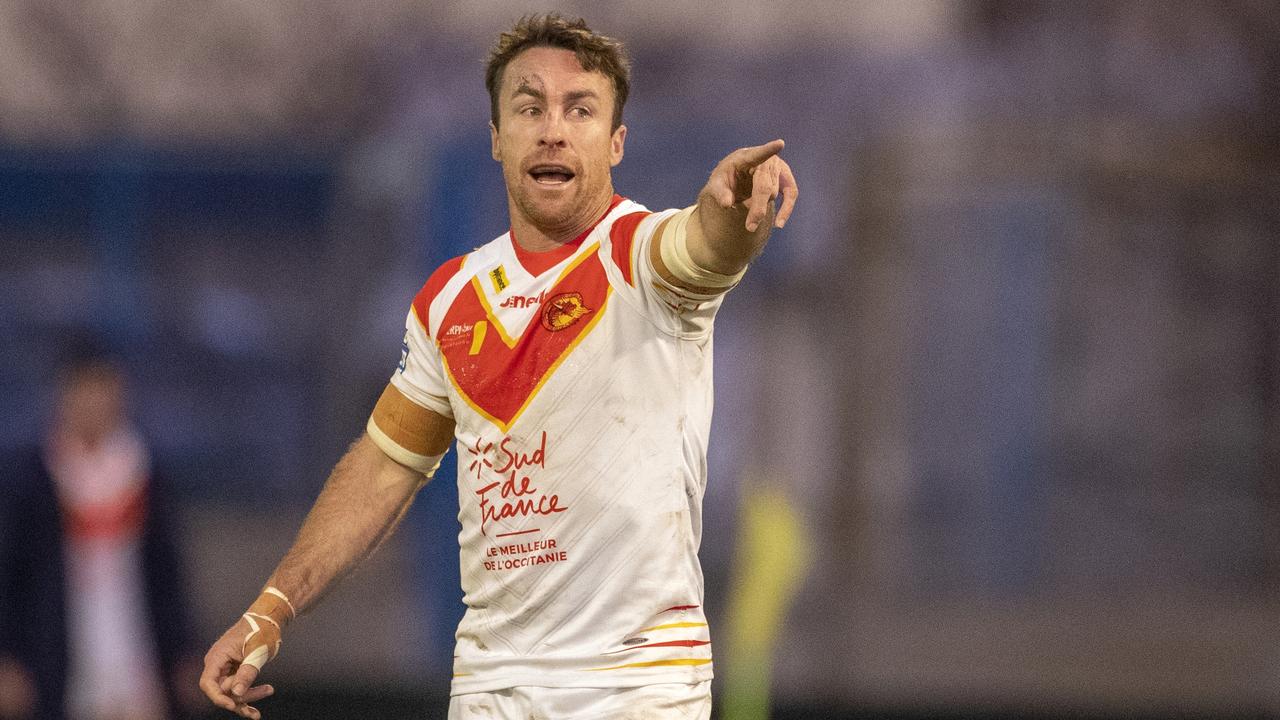 A former NRL cult hero has reportedly been provisionally suspended by doping authorities after an alleged doping breach.

The 35-year-old has been provisionally stood down since February as a result of an alleged doping breach.

French newspaper L’Independant reports Maloney has been stood down by French doping authorities after a preliminary doping breach.

The star playmaker has been playing with French club Lezignan in a semi-professional second-grade competition after announcing his retirement last year.

The newspaper report claims Maloney’s B-sample has not yet been tested.

Maloney was one of the most popular larrikins in the sport during his 247-game career in the NRL where he played with Melbourne, the Warriors, the Sydney Roosters, Cronulla and Penrith.

The former Kangaroos and NSW State of Origin representative moved to the Super League to play with French club Catalans in 2019.

Maloney made his NRL debut with the Melbourne Storm back in 2009, before linking up with the Warriors, where he went on to make 75 appearances, including a grand final in 2011.

A move to the Roosters in 2013 beckoned, where he won his first NRL premiership and notched an incredible 734 points for the Chooks across two seasons.

Maloney made the switch to Cronulla in 2016, adding another premiership to his career before setting off for the Panthers in 2018.