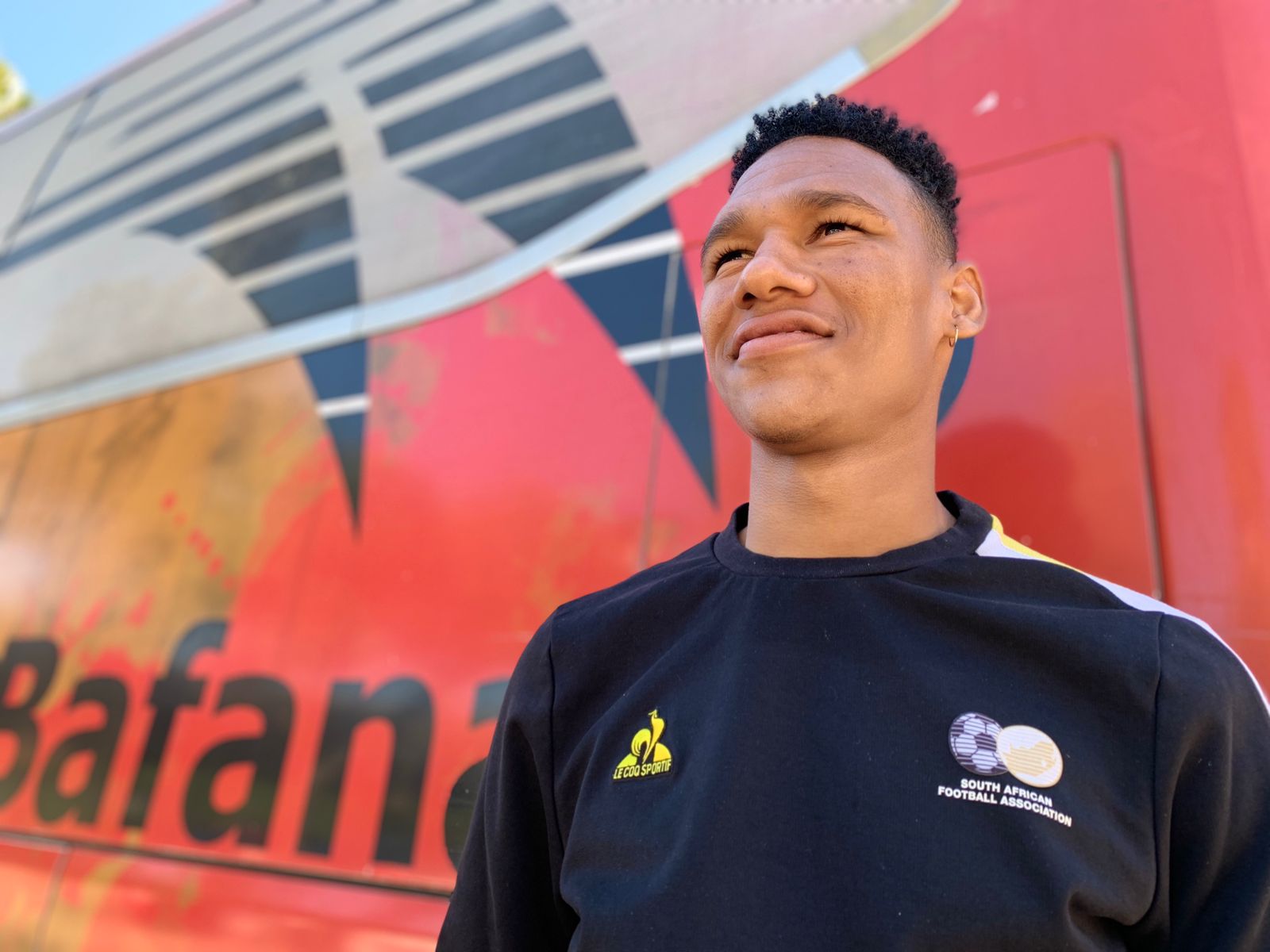 2 July 2022 – Kegan Johannes described his first call-up into the Bafana Bafana squad as a dream, one he dares not let slip through his fingers as the national senior side endeavor to defend the title in this year’s COSAFA Cup.
The 21-year old SuperSport United defender was one of the 23 players to have made coach Helman Mkhalele’s final squad, following a rigorous selection process from the 30 players who were roped in for the preliminary group.
Although new to the Bafana Bafana set-up, Johannes is no stranger to SAFA’s national teams having served in South Africa’s National Under-23 side which finished third in the 2019 Africa U23 Cup of Nations, ultimately qualifying for the Tokyo Olympic Games.
Johannes said it was crucial they hit the ground running, if they are to repeat last year’s feat in this year’s tournament.
“It feels great and quite an honour to be here given the quality of players the coaches have had to select the final Bafana Bafana squad from,” Johannes said. “I have been in the national setup before when we qualified for the Tokyo Olympics games. I take this now as an opportunity to build from that experience and work my way in being in the (pool) of potential Bafana Bafana players moving forward. We have a coach who believes in using young players and this group is also brought in with the 2024 Olympic qualifiers in mind. This squad is not just for now but the technical team is already thinking and building ahead for the future… which is brilliant in my view.”
The national side will spend a few more days in Johannesburg before they depart for Durban on 10 July, ahead of their first match against Mozambique. That match will take place on 13 July at Princess Magogo Stadium at 17h00.
Johannes said he was looking forward to the experience, adding that he will do everything in his powers to help the national side defend their title.
“Being the defending champions, we know what is expected of us,” Johannes said. “Our aspirations is to defend our title, starting with our fixture against Mozambique in the quarter-finals. Sure we have beaten them in the previous edition but that does not mean that we will be walking into an easy match. In fact, they will come with the intention of throwing everything at us. We need to be able to take the punches, and fight to come out victorious in every fixture we will be playing in.”