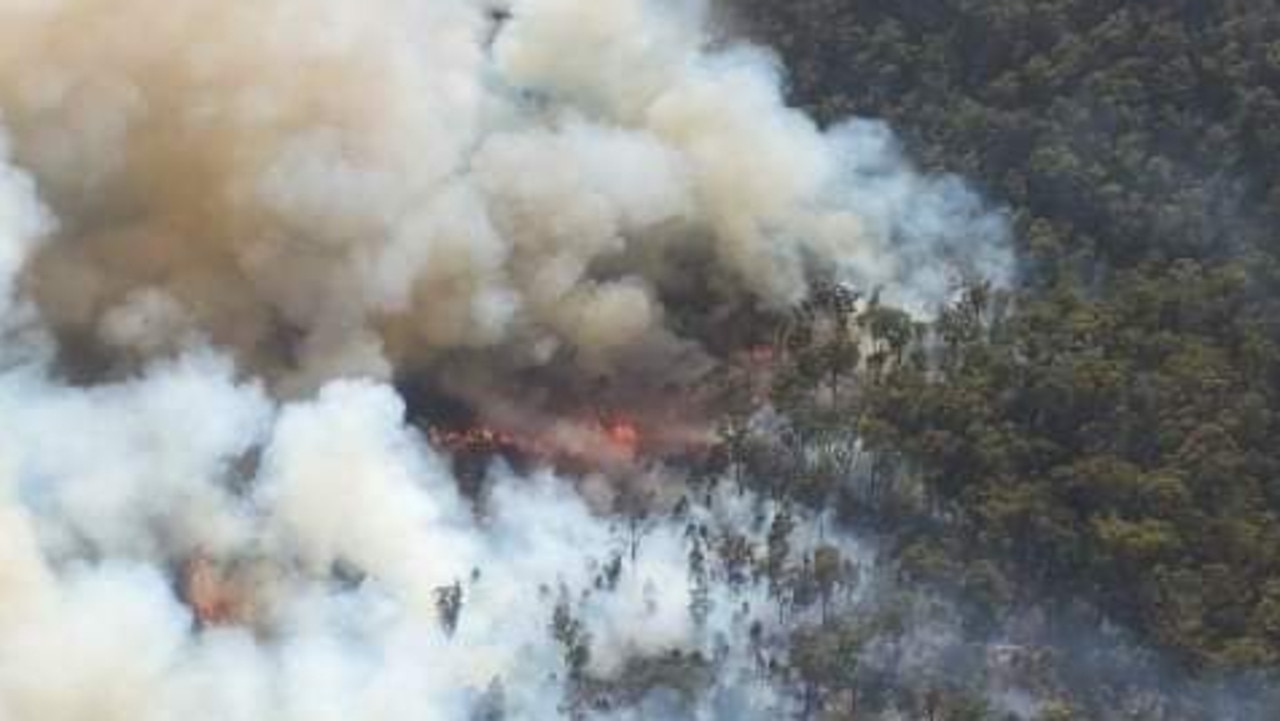 Tasmania Fire Service crews are back on top of a fire in the state’s northeast after a “volatile” night which saw the blaze grow and move westwards. LATEST UPDATES >>

Tasmania Fire Service crews continue to battle a blaze in the state’s northeast, which grew and moved westwards overnight and this morning.

The Pipers River/Lebrina fire, which has been active since Thursday afternoon about 3pm, began life as a 240ha burn-off at a private property on Pipers Brook Rd which “escaped”, TFS District Officer Gary Johnson previously stated.

On Saturday, Mr Johnson said there were “ongoing investigations” into the registered burn.

“We are still investigating what he was burning,” Mr Johnson said.

While the burn-off was “registered”, the investigation would also take in what allowances were given under the landowner’s permit, Mr Johnson said.

There is no suggestion the landowner was at fault and Mr Johnson previously said the man reported the fire promptly when it spread out of control.

Mr Johnson said that the fire had moved about 1km westward on Friday night and Saturday morning but had since stabilised.

“The winds have turned and we’re making good progress,” he said.

He said, however, the fire continued to behave “erratically”, driven by the abundance of dry fuel and the changeability of the wind.

A watch and act warning remains current for Lebrina, Wyena, Golconda and surrounds.

EARLIER, Friday 4.15pm: A fire burning in the island’s northeast which has so far scorched more than 1000 hectares and threatened properties, although luckily none have been consumed yet, began as an “escaped burn-off” on a private property, a Tasmania Fire Service officer has confirmed.

TFS District Officer Gary Johnson said the Lebrina fire, which was reported to emergency services about 3pm on Thursday, was initially a 240ha burn-off at a property on Pipers Brook Rd before becoming a 1200ha inferno.

“Local weather conditions were not expected to be what they were, and the fire tripled in size,” Mr Johnson said.

“There are unpredictable weather conditions, the wind got up (on Thursday afternoon) and it’s very dry.”

He confirmed the landowner who started the permit burn was not at fault and reported the fire quickly when it burnt out of control.

He said the fire was contained between Golcunda Rd in the south, Pipers River Rd in the west, and Ferny Hill Rd in the east.

The northern boundary, however, would be determined by the variable weather.

A north/north-easterly wind was “pushing” against the Golcunda Rd boundary at the time of publication, but this line was expected to hold firm, Mr Johnson said.

Thus far the fire had only consumed native forests, plantations and an outbuilding.

“Over the next few days we expect the fire to continue to burn within the containment lines,” Mr Johnson said.

While there were expected to be “raised danger conditions” on Sunday, Mr Johnson said crews were “not overly concerned”.

“But we are vigilant,” he added.

Mr Johnson said TFS were in regular communication with local vineyards, who had been affected by smoke.

Residents in the areas of Lebrina, Wyena, Golconda, Ferny Hill Rd and surrounds are advised to continue monitoring conditions, which are expected to be “changeable”.

“Well-prepared homes are expected to be defendable in these conditions,” TFS said.

“Monitor conditions, and if they get more dangerous, and you are not well-prepared, plan to go to a safer place.”

7:00am Friday: A bushfire burning in the state’s North East has eased overnight, with warnings downgraded from a Watch and Act to an Advice for Lebrina, Wyena, Golconda, Ferny Hill Road and surrounds.

Despite moderating conditions District Officer Rick Mahnken said the bushfire is still not under control and Tasmania Fire Service, STT and Reliance Forest Fibres remain at the scene this morning fighting the blaze which is travelling south east.

Authorities are warning people to monitor conditions that are expected to change over the course of the day.

A series of forestry plantations have been damaged by the fire however no houses or buildings have been lost.

Helicopters and fixed wing aircraft will be called in to the fight the blaze again today as impact assessments and fire mapping is conducting.

Fire crews remain at the scene of a bushfire at Lebrina overnight which has impacted a series of forestry plantations and burned through an area of 245ha.

The blaze was first reported after 3pm, and was elevated to a watch and act shortly after, leaving those at Lebrina, Wyena, Golconda and Ferny Hill Rd on high alert

The blaze left vineyard owners in the state’s northeast anxious.

“There’s two helicopters and a fixed-wing small aircraft, they’re picking up water from the neighbour’s dam.

“The police are in the neighbourhood diverting traffic away from this valley and the power is off because the power lines near us are down.”

Ms Ferrero said the blaze didn’t appear to be heading in their direction, but was wary things could change.

“It’s quite windy here as well so that’s also a concern, what the wind will do to fan the flames,” Ms Ferrero said.

The vineyard owner said they were prepared to leave.

“We have animals and also have a vineyard which is not far off harvest so I’d prefer not to leave if we can stay and protect things,” she said.

They were also preparing the property in case the situation got out of hand.

“We’re blocking up the gutters and we have a firefighting tank which has been filled,” she said.

Ms Ferrero said the blaze brought back memories of a previous fire.

“It’s scary for us because have had a major fire here before, but it wasn’t a bushfire, it was a structural fire in 2016, where we lost our cellar door building,” Ms Ferrero said.

“I feel quite emotional.”

Tasmania Fire Service said the blaze was expected to be difficult to control and that embers, smoke and ash may fall on Lebrina and Wyena.

Just before 8pm, the bushfire had burned through 229ha of vegetation.