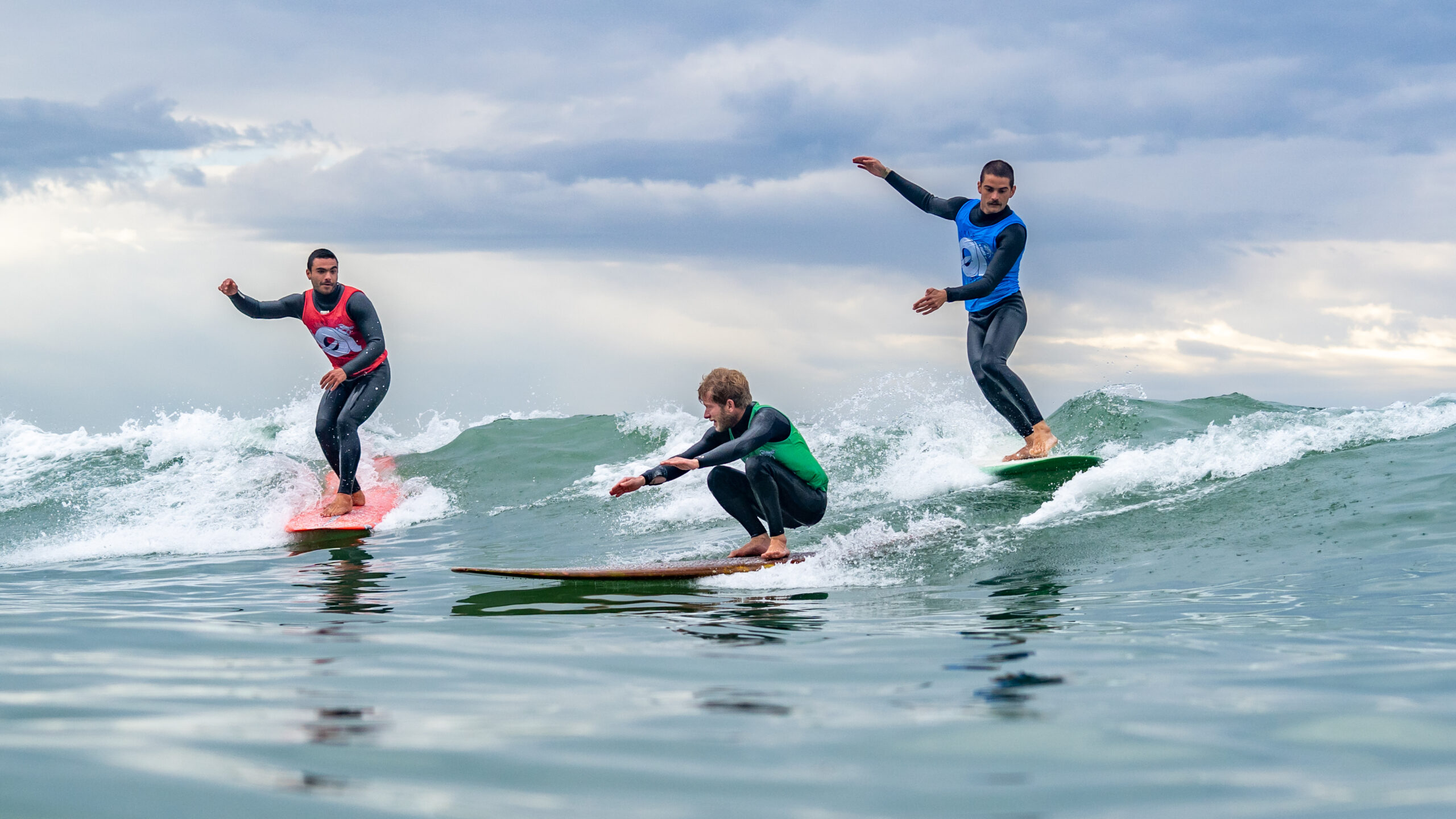 On Thursday, as mentioned, we free-surfed in the warm winter sun. What a vibe to bump into Kevin Skvarna and his glorious moustache in the parking lot, cruising with local Jedi, Sam Christianson. And then to watch the blessed bare feet of Andy Nieblas sauntering passed the church like entrance of Lifestyle Surf Shop, as if he’s cross-stepping his way to the nose of a particularly long longboard, stretching from Knead Bakery across the railway line to the bar at the Striped Horse. Karina Rozunko and Honolua Blomfield on the low wall, feet in the talcum powder like sand, warming themselves in the weak ‘Berg sunshine. Out front the buffet of endless 2 footers. What a day.

Later that night, with burgers, pints and tunes at the Jack Black Taproom and an impromptu performance by a proper Kaapse Klopse Marching band, it felt like Duct Tape, but in Cape Town. As with every Duct Tape, the event is as much about the aprés-surf engagements (culture) as the action in the water. After several years of hard times, this was a golden opportunity for the broader surf community to come together, connect and hug it out. The next day the weather turned, as it does in winter in the Cape of storms, the waves notched up half a foot and and we got to complete the opening rounds and line-up finals day. On this day, many of the talented South African longboarders fell to the more polished footwork of the Duct Tape travelling circus. The fallen included Crystal Hulett, Angela Rosslind, Sam Christianson and Dean Simpson and Dylan Swindale. As could be expected, Skvarna, Quintal, Tudor junior, Arganda and Steven Steezy Sawyer all roared towards Finals Day. Johnny the ripper looked unstoppable and Rafi Nogalo, the Filipino log-meister who calls Hout Bay home, dominated his heat in fine style. But no one gets left behind at a Duct Tape. Just because you didn’t get through your heat in the water, doesn’t mean the event is over for you… not by a long shot.