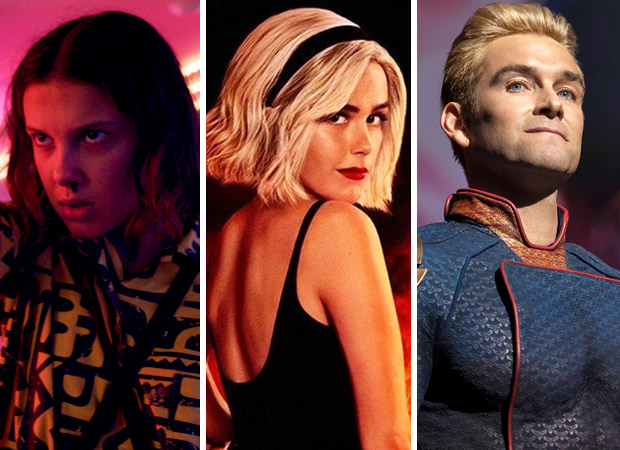 As soon as the latest episodes of Stranger Things released on Netflix, fans stopped everything to stream the fantasy horror show through the weekend. The show has received immense love and appreciation from viewers globally. And since Stranger Things Season 4 Vol. 2 has not aired yet, it has left the audiences with a huge void and need to watch more.

Loved Stranger Things Season 4? Here are similar OTT series to watch while you wait for Vol. 2

So, to fill the void and journey to another ‘Upside Down’ while you wait for Stranger Things to return with it’s next part; here’s a list of shows similar to Stranger Things.

1. Locke and Key
The horror-thriller streaming on Netflix is about the Locke family. The show is adapted from Joe Hills and Gabriel Rodriguez’s comic book series. After the demise of patriarch Rendell Locke, his family moved to their family house, Keyhouse in Matheson, Massachusetts. The kids of the family explore a series of mystical keys that unlock the doors to elusive adventures. The children must untangle the mysteries and fight off their enemies. As the story moves forward, the mystery of the key house unfolds.

2. The Umbrella Academy
The show is available to stream on Netflix. The story revolves around the seven kids adopted by Sir Reginald Hargreeves, a billionaire industrialist. He is the creator of the ‘Umbrella Academy’, that trains kids with ‘special abilities’. He also children to save the world. The story unfolds and takes unforeseen turns when the industrialist mysteriously dies, and his adopted children come together in reluctance to find the mystery behind his sudden demise. The show with its cynical dialogues and engrossing effects is bound to leave a mark on the audiences.

3. Sense 8
Another original Netflix series, Sense 8, revolves around 8 random strangers from different parts of the world who are mentally and emotionally linked through shared psychic powers. The individuals come together to aid each other when an enigmatic organization tries to track them down against their will. This science-fiction series also explores identity, gender and sexuality.

4. V-Wars
V-Wars, streaming on Netflix is based on the comics by Jonathan Maberry and Alan Robinson. The show spins around the story of Dr Luther Swann. The story unfolds with an ancient disease which mysteriously turns people into vampires and Dr Swann is pitted against his best friend. The show depicts the outbreak of the first vampire battle, the savage killings and the chaos caused by the disease.

6. Shadowhunters
Shadowhunters, a thriller, streaming on Netflix revolves around the story of Clary Fray, a normal teenager residing in Brooklyn with her mother. Clary eventually finds out that she is descended from a line of Shadowhunters, a race of humans with the blood of angels. Their goal is to maintain the peace between the regular and supernatural worlds and keep themselves hidden from the mundane world. The show involves a lot of eye-catching elements and keeps the audience hooked onto the show.

7. The Boys
The Boys, streaming on Amazon Prime Video is based on the Garth Ennis comic series. The superheroes, who are popular, influential, revered as Gods are often seen abusing and misusing their gifted powers. The Boys take upon themselves to unveil the truth about ‘The Seven’. The Boys also expose the Vought, a multimillion-dollar empire that manages these corrupt heroes and covers up their lies and secrets.

8. Warrior Nun
Warrior Nun, a show available to stream on Netflix is based on the Manga novels. The show possesses various similarities to the Stranger Things series. The show portrays Ava, a sheltered teenage girl who wakes up in a morgue with mysterious, supernatural powers. She is caught up between the conflict of good and evil. The story involves plenty of twists and turns as the girl comes together with The Order of the Cruciform Sword which is a hidden society of nuns who are trained to be warriors in order to protect the world from evil.

While you wait for the upcoming episodes of the Stranger Things, you can try streaming these ground-breaking shows with the same mood and theme. These shows are engrossing and thrilling, and they will keep you hooked onto your screens with their excellent screenplay and great performances.

Also Read: Charlize Theron reveals how she filmed her surprise superhero cameo in The Boys first before Marvel’s Doctor Strange in the Multiverse of Madness