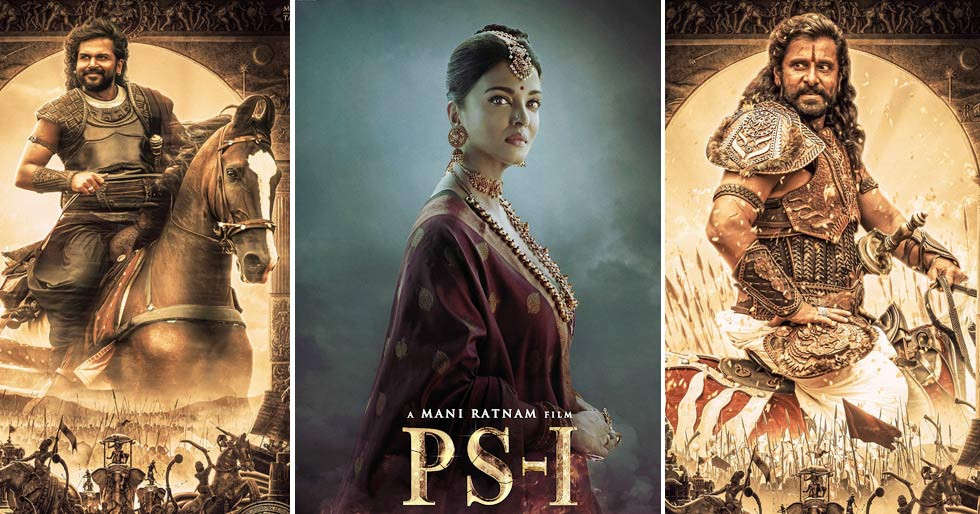 Filmmaker Mani Ratnam’s next film Ponniyin Selvan 1 also known as PS-I is a Tamil-language period drama. The magnum opus features Vikram, Aishwarya Rai Bachchan, Jayam Ravi, Trisha Krishnan, Karthi and more. The film arrives in cinemas on September 30. Ahead of its release, the makers have dropped posters spotlighting the main characters.
The latest poster from Ponniyin Selvan 1 that arrived today, sees Karthi as Vanthiyathevan who is a spy and an adventurer. Not long ago, the makers had shared a new look at actor Vikram as the Chola crown prince Aditya Karikalan. It sees Vikram sitting on a horse in a regal avatar. Earlier posters from the film see Jayan Ravi who plays the titular role of Ponniyin Selvan, Aishwarya Rai Bachchan as the stunning Nandhini, and Trisha Krishnan as Kundavai.

Check out all the character posters from Ponniyin Selvan 1 here: