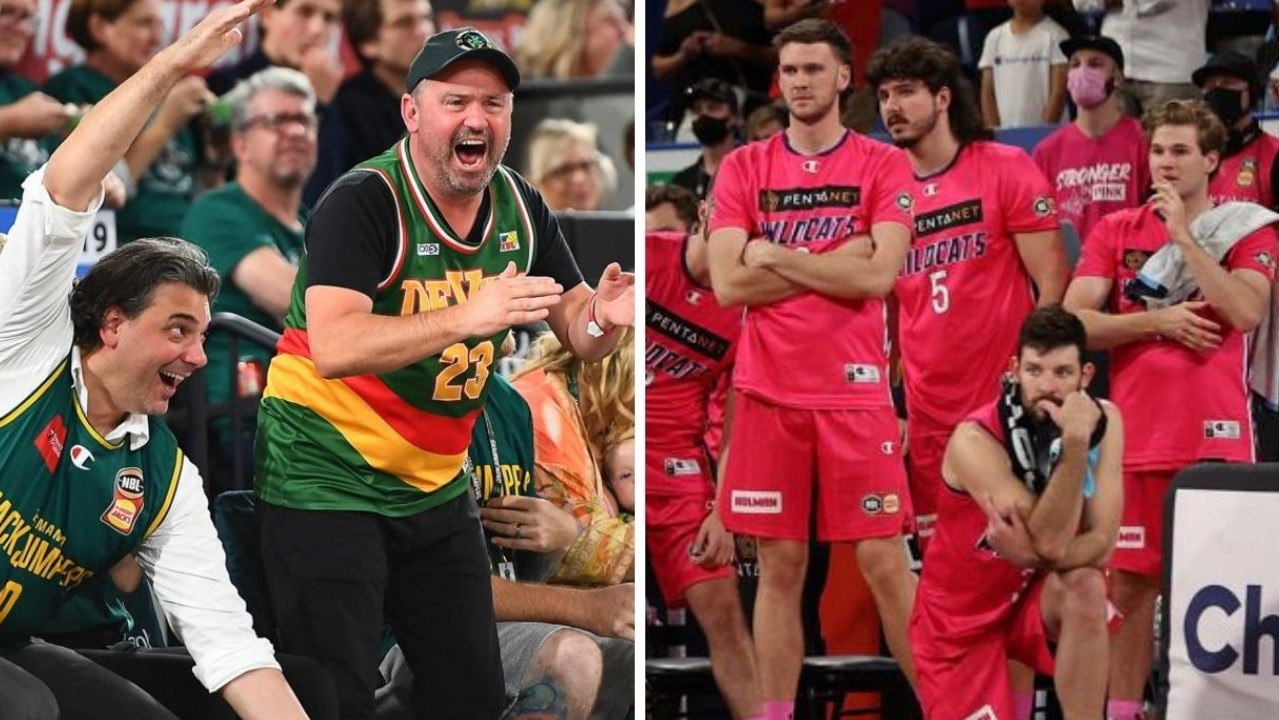 The NBL finals are here and Aussie sporting fans will be shocked to know one team that has been there for decades has missed out.

The NBL finals are here and the action gets underway tonight as the battle for supremacy in Australia’s premier basketball league ramps up.

The top four was finalised on the weekend when the NBL’s newest team, the Tasmania JackJumpers, snuck into the finals in thrilling fashion.

Watch Every Game of the 21/22 NBL Finals Live & Free with ESPN on Kayo Freebies. Sign up for Kayo Freebies now, no credit card required >

The JackJumpers entered the league this year and led by their passionate coach Scott Roth, they have been punching above their weight throughout their inaugural season.

They upset Melbourne United and then locked in their finals berth when South East Melbourne Phoenix defeated the Perth Wildcats.

The stunning result means the Wildcats missed out on the NBL Finals for the first time in 35 years, ending the longest finals streak in Australian domestic sport.

Tasmania will take on defending champions Melbourne United in the semi-finals, while the other match-up sees the Sydney Kings go up against the Illawarra Hawks.

Both semi-finals will be a best of three game series. With Chris Goulding and Matthew Dellavedova on their team, United will be favoured to progress to the Grand Final.

The Kings have put together a sensational season and with newly crowned NBL MVP Jaylen Adams on the court, it will be tough for the Hawks to beat them.

In a huge boost to fans, ESPN has announced it will make every game of the NBL semi-finals and Grand Final available to Australian basketball fans live and free on ESPN via Kayo Freebies.

To watch the action, fans just need to create an account the same way they would for free-to-air streaming apps. Kayo Freebies are free with no credit card details required.

The JackJumpers will host their first ever finals game with Game Two on Saturday at 8pm AEST, before United retain home court advantage for the decider, if needed, on Monday May 2.

Friday will see Illawarra Hawks take on Sydney Kings at 7.30pm AEST from Wollongong. The two teams squared off only last Sunday to close their regular seasons.

The Hawks victory in that game meant a home court advantage for the best of three series, ensuring two games are scheduled for WIN Entertainment Centre.

The Hawks and Kings will again collide in Game Two on Sunday May 1st at 3pm AEST, before returning to the south coast for the deciding third game, if required, on Tuesday May 3 at 7.30pm AEST.

Every game of the NFL Finals is LIVE and FREE on ESPN, via Kayo Freebies.